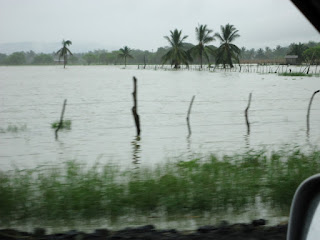 Although there were hundreds of truckloads and buses filled with people, 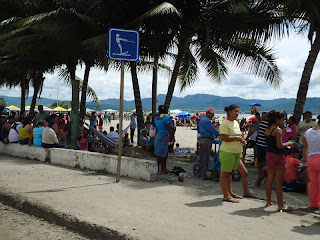 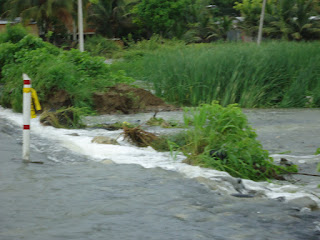 the economic situation,  and the new bridge which allows easy access to San Vicente & Canoa may all be factors. 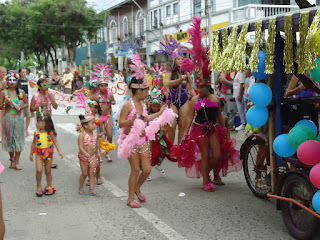 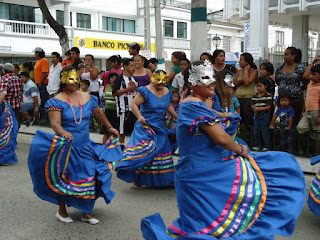 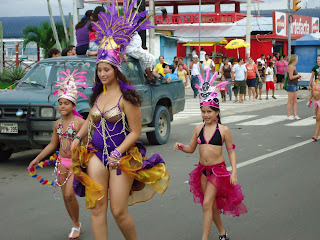 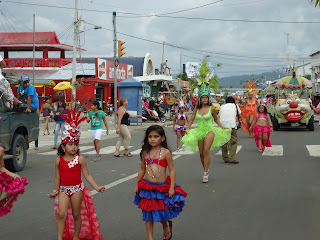 One of the most popular cities to celebrate Carnaval in Ecuador is Ambato.

Photo gallery of Carnaval Reinas and the parades in Ambato.

Amidst celebrations of Carnaval 2012  the provincial and national authorities have declared a " yellow alert " for the intense winter precipitation we have been receiving, and is expected to continue. 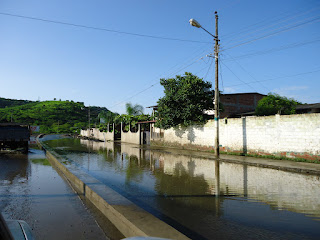 Rainfall is currently exceeding 30 year records set in the coastal province of Manabi. Similar flooding of the Portoviejo River 30 years ago devastated almost half the town of Rocafuerte. 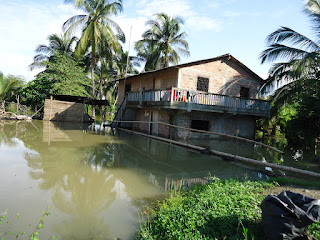 In addition to the direct rainfall we receive, most of the precipitation from the Andes will also reach the coastal lowlands  from streams, and rivers carrying the excess water to the sea. There is significant flooding in the area of Charapotó, especially by the sector of Correagua. We have experienced a sharp increase in some fresh fruit and vegetable costs where crops have being damaged, or supply routes disrupted. 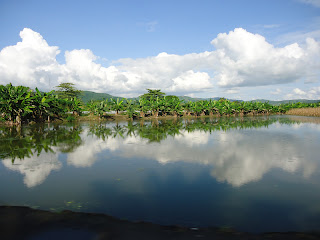 All public machinery with the Ministry of transport and Works is on standby ready to act as circumstances require.

Recently returning from Quito where, as you descend the coastal mountains into Eloy Alfaro and the Chone agricultural plains, lushly vegetated hillsides are becoming saturated with water and collapsing daily onto the highways under the tremendous weight. 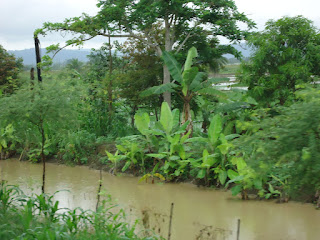 We witnessed no fewer than several dozen slide occurrences and had to wait for the road to be cleared in two instances. In the flat agricultural areas, and the entire city of Chone are submersed underwater as the saturated ground is no longer able to soak any more water. When the sirens sound in Chone it warns residents the Chone River is flooding the city and within hours they are submersed to a depth of about 3 feet in flowing water.   Flooding waters mix with sewer and septic systems and contaminate city potable water making it unusable for human use.   This creates an ideal  breeding ground for mosquitoes and disease. Bahia, Chone & Tosagua have been without city water for several weeks - apparently due to debris continuously clogging the intakes. 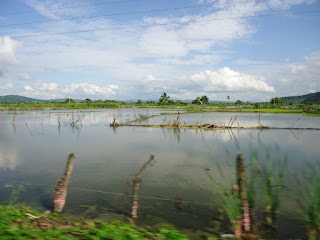 People are wading through the city or to their homes and living in the second story of their houses while the first floor is flooded. 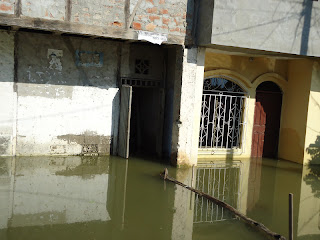 Those family homes without stilt construction or second stories have been displaced. 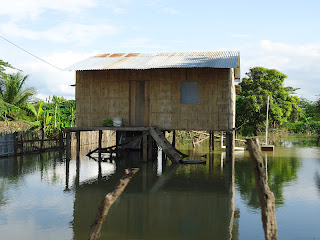 In this province officially 162 families have been temporarily relocated, and eleven people have died. 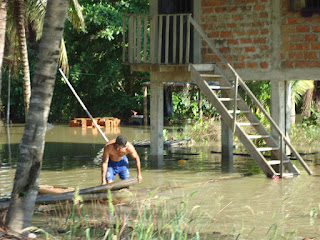 In traveling from Bahia to Portoviejo or Manta over the last several weeks the highway near Rocafuerte has been breached by the flooding of the Portoviejo River. 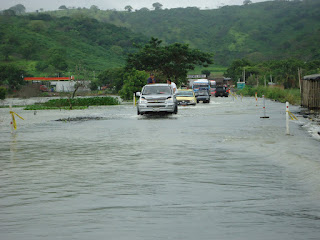 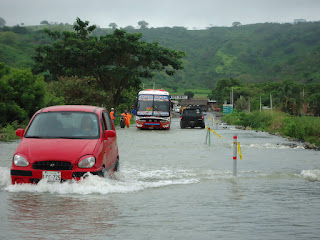 In the early days some 12 to 18 inches of water rushed across about ½ mile of highway. 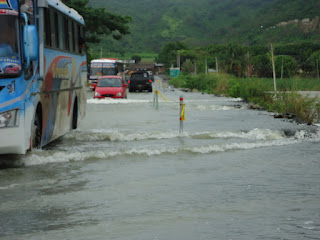 Despite huge efforts to divert the water flow and maintain the road, the volumes of rushing water has eroded the asphalt surface and roadbed.  Early this week there is now water with depths up to 3 feet – reaching the mid section engine compartment on a large bus - with a an uneven rocky bottom similar to a river bed.  In several areas the edge of the previous highway had now collapsed and created a cascading waterfall. Several adventurous smaller vehicles were unable to successfully traverse this section of highway.  With the erosion from the water I was convinced the highway would be closed within hours, however the enterprising and innovative people here created a solution. For $ 1  guides were stationed in the rushing water to lead and guide your vehicles for safe passage, avoiding the larger troublesome potholes ! 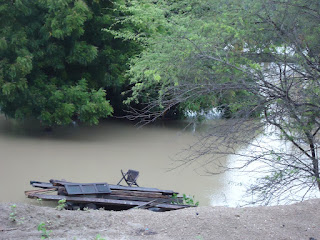 A detailed account from Tosagua about the impact on the families living in these communities  from the flooding from the Eden Rose Foundation. Remarkably the Ecuadorian people  continue to smile even in the face of such adversity.

Floods,  landslides,  and route interruptions related to the heavy rainfalls are being reported throughout the country, and indeed Columbia, Peru, and Bolivia.   Although it would be one year late  the National Institute of Meteorology and Hydrology , dismisses the notion that we may be under the influence of an El Nino. 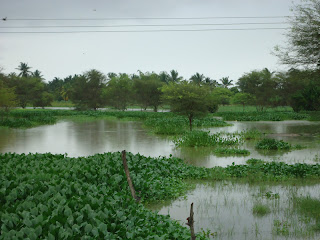 Posted by Ernie - Deborah Millard at 12:20 PM No comments: 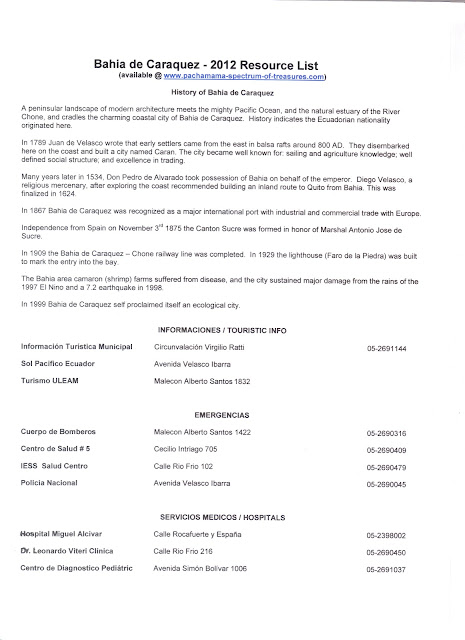 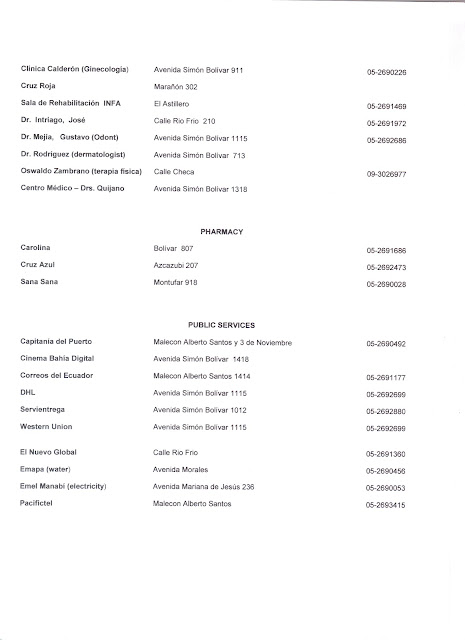 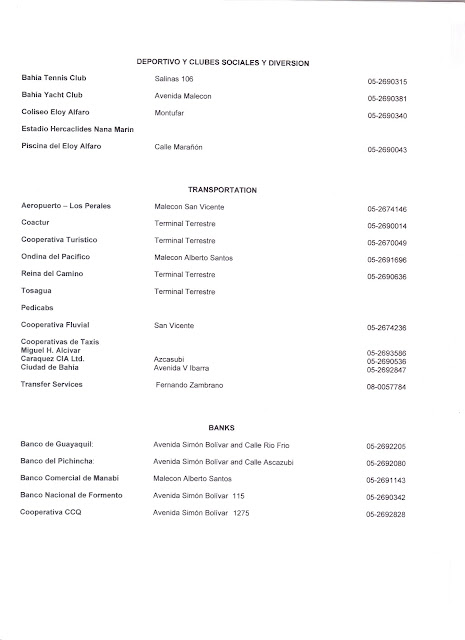 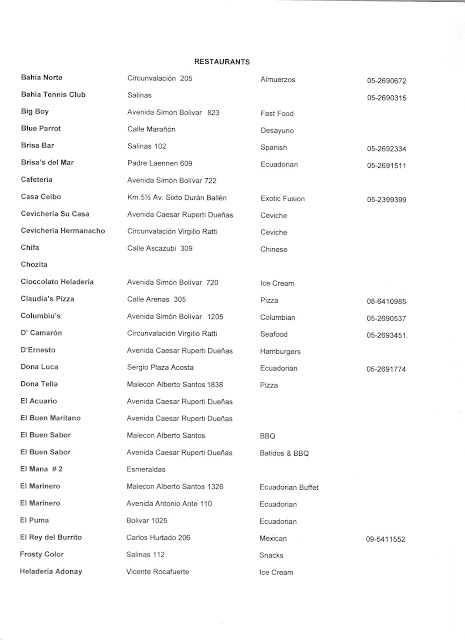 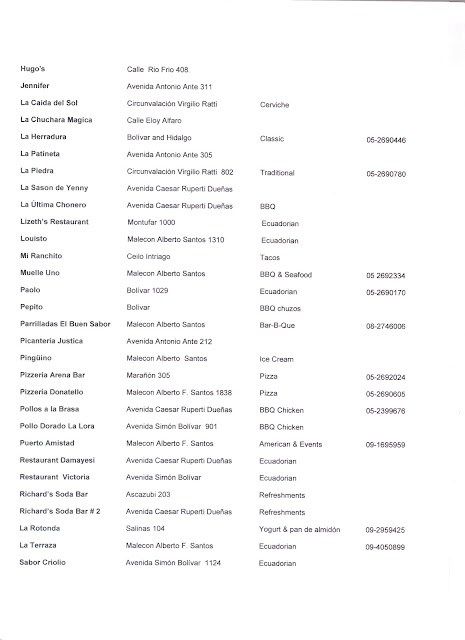 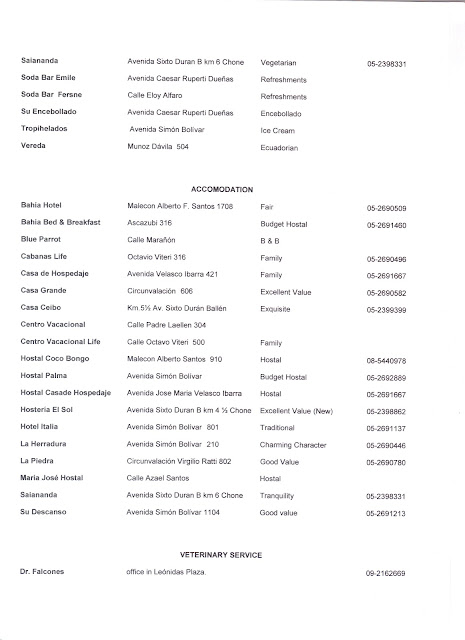 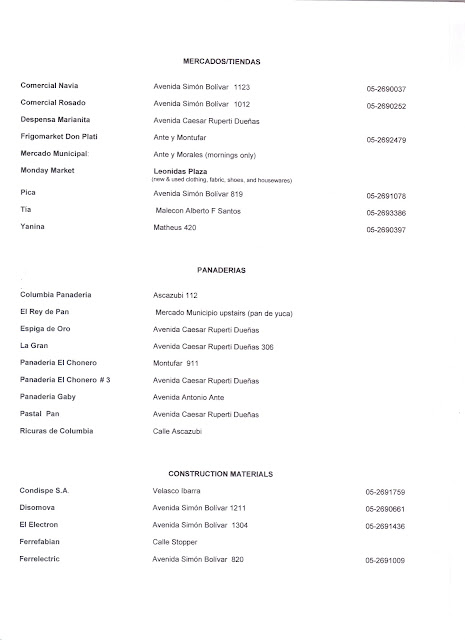 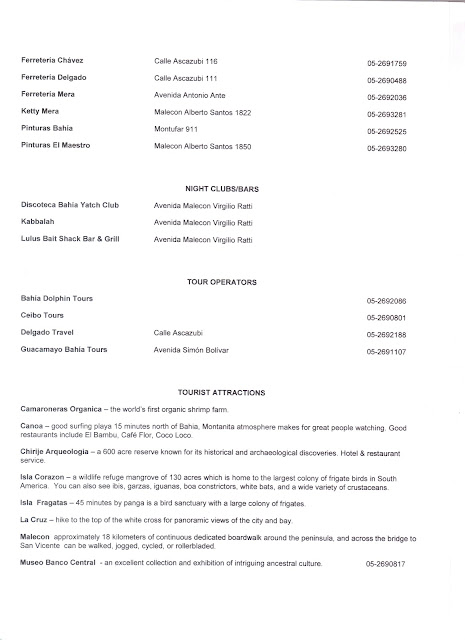 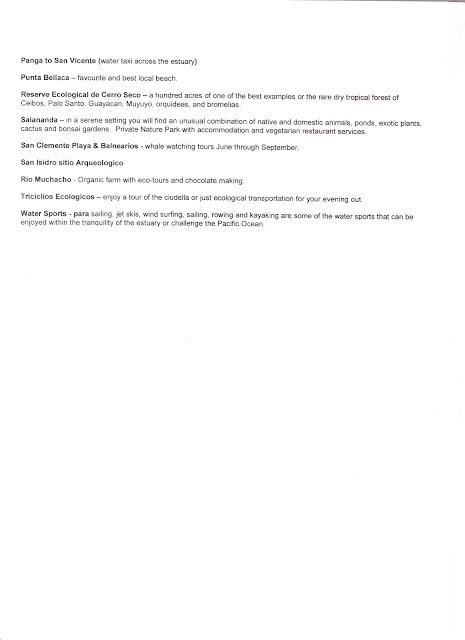