It's not very often that people from North America, Europe, or Japan  will look to developing countries for examples that they might learn from.

In April 2009 we visited the " World Tour of the United Buddy Bears " in Buenos Aires, Argentina. Under the motto "We have to get to know each other better ... it makes us understand one another better, trust each other more, and live together more peacefully."  Touring the world now for over 11 years the UNITED BUDDY BEARS has had more than 30 million visitors, and raised more than €1,9 Million for UNICEF by promote living together in peace and harmony on their global tour.  140 nations are represented however Canada was not one of them.

"Canada is one of the very few large countries of this world that keep giving us a negative answer – something we do not understand. It was only thanks to a private Canadian sponsor that Canada was represented at the first nine exhibitions of the global tour of "United Buddy Bears". The bear was either broken or too fragile to travel.  The Minister of Foreign Affairs for Canada responded in June 2009 stating  "…..I regret to inform you that Foreign Affairs and International Trade Canada does not have a program that would fund the creation of a new bear for Canada."

The sponsorship requirements were identified as:
1. The costs for a blank bear are 2.200 EUR
2. An artist from Canada would have to travel to Berlin – hence the return flight would have to be covered.
3. Normally, the artists need 4 – 5 days to design a new bear, which would lead to hotel charges for approximately 7 nights.
4. We provide the studio where the artist can create the new United Buddy Bear for Canada.

Somehow 139 other nations, including most of the  developing countries found the resources for this cultural arts exhibition on the world stage. Surely Canada has something to learn from this foolish oversight. We understand after many concerned Canadians and the news media petition Canada has now rectified this situation.


In 2007, Ecuador's President Rafael Correa proposed Ecuador's controversial plan to refrain from drilling for oil in its rainforests in return for international financial support. 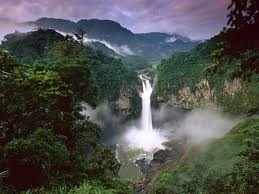 The project was meant to protect a part of the rich Yasuni National Park reserve in northeastern Ecuador by leaving the vast oil reserves there untapped. The money from the trust, which is to be administered by the United Nations, is meant to promote eco-tourism and build new schools for the indigenous tribes in the region. 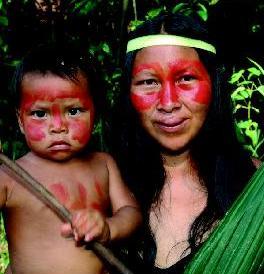 The Yasuni reserve is home to an astonishing diversity of species. A single hectare of forest in Yasuni contains  more types of trees  than in the whole of North America. The region is home to 2,274 different types of trees and bushes. Several years ago, scientists from around the world documented 653 bird types, 268 fish and 111 amphibian species in their research project. 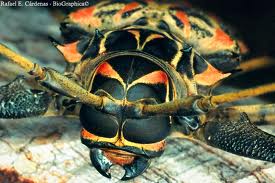 This rich biodiversity is due to heavy precipitation, consistent temperatures, and the variety of soils.

In 2008 Ecuador's new constitution  recognizes the rights of nature as it tries to 'marry ecology with the economy,' providing a lesson to the world. 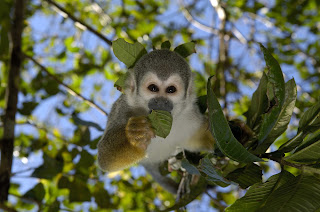 Canadian television producer David Suzuki also says that Ecuador can teach Canada and the rest of the world a few things about protecting the environment. David Suzuki recently produced a documentary filmed in Ecuador and Boliva, which we understand airs this month on the CBC television network.

This article written by David Suzuki:

In some of the poorest countries of Latin America, one can find a refreshing (and radical) departure from the conventional economic thinking entrenched in Canada and around the world.

It's not often that people look to countries such as Ecuador or Bolivia as examples that might have something to teach Canada. And yet, when it comes to finding new forms of economic development that pay serious attention to the environment, this is exactly the case. And at a time when Canada's oil sands production continues to grow despite climate science predicting even more alarming consequences, it's high time we had a look at what's going on in the Andes. As part of a documentary production for The Nature of Things, that's exactly what I did.

And I was amazed.

Both Ecuador and Bolivia are embarking on new paths of social and economic development toward what they call "sumak kawsay," or "living well." This indigenous concept stands in contrast to the neo-liberal model of development that's always about growth. The mantra is more productivity, more growth, more consumption of resources, ad infinitum. Ad nauseam!

In contrast, "living well" is about developing in harmony with nature, meeting human rights and satisfying basic needs for all, and living in balance.

Sure, it sounds nice on paper, but what does it mean in practice?

Ecuadorean President Rafael Correa told me that one example of this new vision of development is the fact that his country's constitution is the first in the world to give rights to nature. In other words, trees, animals, rivers – entire ecosystems – have the constitutional right to exist and flourish. It's a far cry from Canada's "Ministry of the Environment," which is more about managing human use of the environment than about Mother Nature herself.

In 2010, two American residents of Ecuador were the first to go to court on behalf of nature, over damage to a river caused by a provincial government road construction crew. The case was a first for Ecuador and the world, establishing a legal precedent we can only hope spreads around the globe.

Mr. Correa also told me that Ecuador's attempt to marry ecology and economy has lead to a radical proposal to not exploit 20 per cent of the country's untapped oil reserves. Those reserves happen to lie under Yasuní National Park – a jewel of the Amazon rain forest thought to harbour the highest level of biodiversity on Earth. Scientists have found more species of trees in one hectare of this forest than there are in all of North America from Alaska to Mexico.

Ecuador's Yasuní-ITT initiative promises to leave that oil in the ground, to help combat climate change, but asks the global community to be "co-responsible" and contribute half of the profits the country would be giving up: $3.6-billion. So far, they've raised $300-million.

For a country whose economy depends on oil to propose such an initiative is remarkable. Nearly 30 per cent of Ecuadoreans live below the poverty line, yet the country is wildly supportive of the initiative. What's Canada's excuse? Surely we could afford to do something similar with the oil sands.

Another lesson Canada could learn takes place high in the Andes mountains, in Bolivia's Uyuni salt flats. The flats are the fossil remnant of an ancient seabed containing more than half of the world's lithium deposits. (Lithium is much in demand, and electric cars using lithium batteries are expected to play an increasing role in reducing our carbon footprint.) Heavy hitters such as China, Japan and the European Union are seeking new sources of lithium. But instead of exporting raw lithium to these industrialized nations for them to make the batteries, Bolivia plans to make the batteries itself and thus realize the real economic benefits of value-added products. There's no doubt this is an ambitious gamble that could fail.

Yet, in Canada, we continue being "hewers of wood and drawers of water," as we ship raw logs and raw bitumen elsewhere. At least in this respect, Canada could learn from Bolivia.

Of course, we're not saying that Bolivia and Ecuador have all the answers, or that they don't have environmental and economic contradictions to sort out. But they're grappling with these issues and forging new paths toward a different kind of growth that's attuned with nature – and that's what makes them such exciting models. Which is more than anyone can say for Canada these days.

Patricio Tamariz, a local resident who is a tourism consultant in Ecuador, has just written a book entitled  "The Secret of Paradise" which describes the importance of  living together with each other, and nature, in harmony
Posted by Ernie - Deborah Millard at 4:38 PM 4 comments: