In a brief minute, nature's powerful forces changed the lives of many people forever !  During this emotional time our heart is painfully hurting and our thoughts and prayers are with our friends and those suffering families who have lost family members, their homes and  belongings.  We love Ecuador, and any of you that have been lucky enough to visit can attest to the exceptional resilient, hardy, and friendliness of these special people.


On April 16, 2016 at 7:00 p:m  a devastating 7.8 earthquake  ( the worst in decades )  hit Ecuador causing significant damage along the central coast of Ecuador. Official records reflect 680  fatalities and 30,080  injured. Over 50,000 people remain in temporary shelters while some 720,000 are in need of humanitarian assistance. More than 7,100 buildings were destroyed and another 2,800 were damaged. The devastation includes 13 health facilities, and 560 educational facilities. Less stringent construction codes, and lack of any enforcement is causing Ecuador to experience a greater loss of life and property damage. 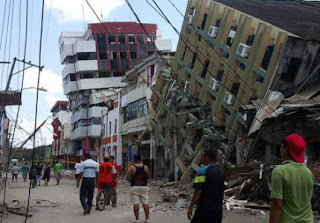 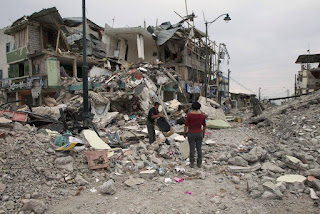 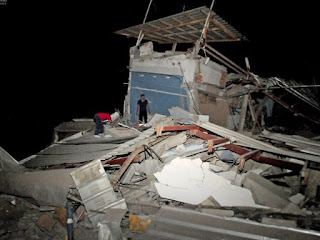 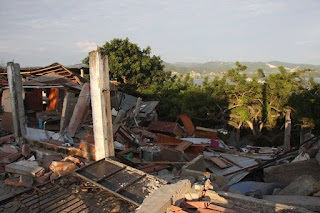 The towns of Pedernales, Bahia de Caraquez, Canoa, Jama, Manta, Portoviejo, Muisne, Esmeraldas and Babahoyo saw the most devastation. In the port city of Guayaquil, 300 miles south of the epicenter, an overpass collapsed on a car, killing the driver, and the roof of a shopping center collapsed. Preliminary early observations on a tour of the coast.
Images from around the country show huge piles of rubble, collapsed roads and rescuers rushing to help. 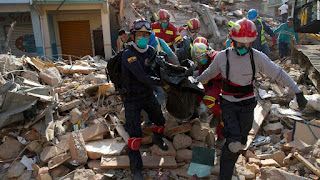 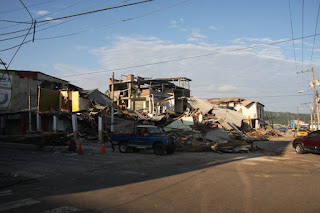 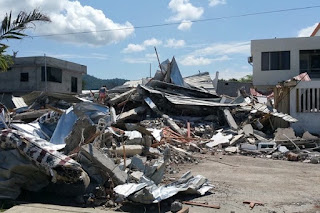 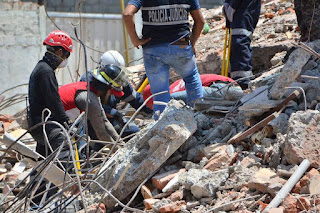 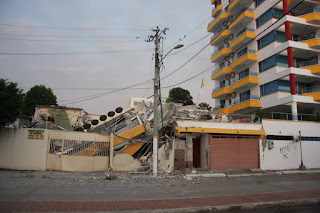 10,250 soldiers and 8,827 police were deployed using 80 buses, along with 1,908 specialized rescue workers, 908 of which were international, countless volunteer relief agency teams and heavy equipment.  They faced a daunting challenge of simply getting there. Highways have been destroyed or heavily damaged. Bridges have been destroyed. Some villages can only be reached by off-road vehicles or by foot. 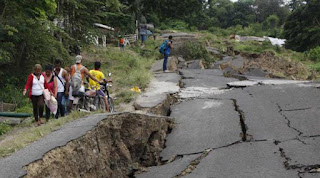 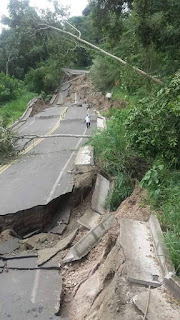 A week after the 7.8 magnitude quake shook, causing destruction worth billions of dollars and killing hundreds of people, the United Nations launched an urgent appeal for $72.7m from the international community.  $7.5 m has been received from the United Nations $2.8m from the US, $1.5m from Canada, and $1.3m from Sweden.  Colombia, Peru, Russia, Italy, Germany and Switzerland have all contributed. Mexico, U.S.A., & Japan  has sent airplanes with many tons of humanitarian aid. International support has been tremendous. 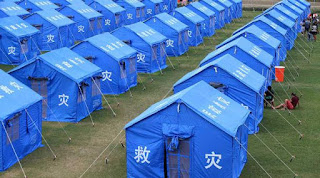 “The level of destruction is immense,” said Tadateru Konoe, IFRC president. “Rebuilding will be very hard work and it will require a long time to accomplish,” he said. The Red Cross team is in the country to provide reconstruction planning guidance to the government. “Many people have suffered great losses and it is important to reestablish some degree of normalcy as quickly as possible. Otherwise, there will be an out-migration,” 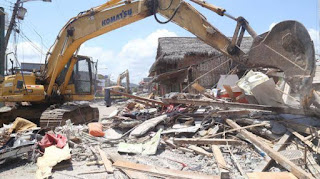 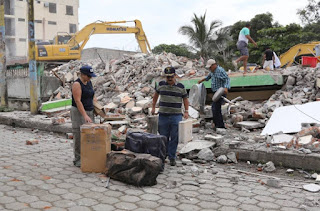 Now six weeks later more than 2,258  aftershocks have been recorded ( averaging 39 per day ) since April 16, with several significant events up to  6.8  magnitude. 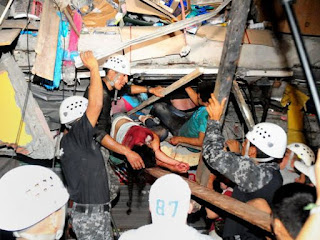 Survivors who were pulled from the rubble, still have lacerations and fractures, and are trying to rebuild their lives. Trapped for hours and even days they remember being on the verge of death. Some drank their own urine to remain hydrated. They are haunted by the cries of others who were trapped in the rubble. But they also have the joy of having their lives, for which they thank God and their rescuers. Some of them are still mourning the loss of their relatives. Others are unable to sleep, and if they do, they dream of that agony. And now they face reality. In many cases, they have no home, no family and no job.

First hand accounts of their experiences:

Suddenly, the building began to shake and finally collapsed around him. He found himself trapped in a pocket within the debris.  It was dark. He heard sirens, shouts, crying.
“I thought it was the end,” he recalled, standing near a mound of concrete and plaster that had once been the building. “But I remembered the 33 trapped miners in the mine in Chile, and thought that if they could survive so many days, I could do it, too.”

Observations in Canoa - " There were no visible signs of any building being untouched by the quake. Larger hotels made of concrete had sandwiched their floors. There had been no time to get out. The damage to most places looked lethal and an overwhelming stench of dead bodies lingered in the air. Most of the people we saw walking around were still in shock and wearing facemasks. "  Christopher Breen  April 20, 2016

" At this point I felt terror…not fear, not scared…terror. I believed we were going to die!  The only thing I didn't know was exactly when and how much it might hurt. I could only think that the other 7 floors above us were part of the booming and thunderous Armageddon roar in my ears; floors pancaking downward toward us, and we would be smashed any second. The roaring sound was deafening. There was no protection from the concrete floors above us; floors that I believed were giving way ....  glass was shattering around us, tile was buckling and popping, sharp ceramic shards underneath us.  Everything was moving violently . It was a 50 second quake .... an eternity with this huge building swaying violently above us. Then suddenly it all stopped ....  the silence was deafening " 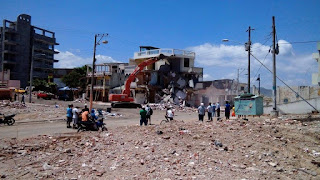 Many of the earthquake survivors are trying to rebuild their lives in makeshift shelters      (tents or shelters with plastic covering them). In Portoviejo, beds, cupboards, & stoves have been salvaged from their destroyed homes and have brought to a park.

Survivors need access to emergency supplies like food, water, and medicine in addition to longer-term recovery assistance.  We believe that the organizations that are deeply rooted within the local communities are  in the best position to provide long-term support for disaster victims.


Now that the news is off the " front pages " it will be challenging to ensure the required stream of aid continues.  We hope you will join us  in prayer, and support, for new beginnings, and for the lives of all those affected. May all of us find peace, joy and hope in the beautiful rainbows of our world. 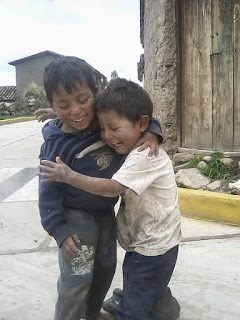 Photo credits to a variety of news agencies and individuals
Posted by Ernie - Deborah Millard at 6:21 PM No comments: