While you will not find the Tosagua Sunday Market described in any of the Ecuador travel guides this market is much larger in both size, and money transactions than the famous Otavalo market. The market's focus is on the real daily domestic needs of the areas people who travel extensively from throughout the region to collect, sell, barter, and exchange their produce, wares, or 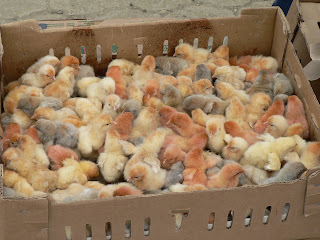 livestock for the upcoming week. Similarly the famous artisan market in Otavalo was originally a large trading market for the indigenous people of the surrounding areas however it is has primarily become an extensive variety of wooden and woven arts and crafts for tourists with limited focus on the populations daily domestic needs.


Tosagua is a central small town on the coastal plains with a population of about 18,000. 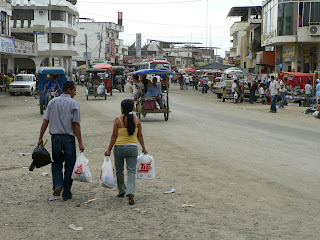 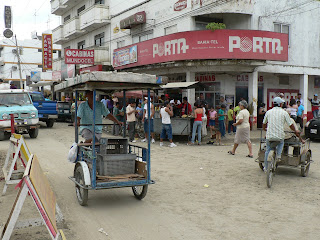 We notice that it is not even marked on the official Ecuador Tourist Map - it is situated between Bahia de Caraquez and Chone. It is the agricultural heart of our province - Manabi, and was named after its annual flooding during each rainy season. This has resulted in the typical bamboo ( without doors or glass windows ) houses with tin or corrugated steel roof to be raised on stilts.
Consistency and uniformity are not present as innovative materials and methods are deployed when resources are scarce. The concept is very practical providing better ventilation, security, and better protection from insects and animals. The open space beneath such homes provides a shaded area for washing and drying clothes, keeping chickens, lounging in hammocks. At times when this area is dry it will be utilized for storage.

There is daily bus service to Tosagua from Bahia every 30 minutes with an open air bus with wooden seats going several times daily. We have this "open bus" on our future adventure list, but this time we will drive. 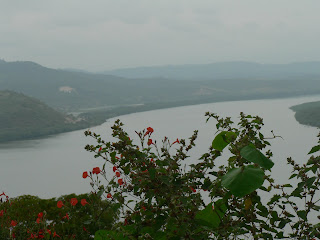 Driving to Tosagua, in addition to passing many buses and pick-ups full of people, we passed shrimp farms, and farmland with cattle, goats, pigs, donkeys, horses, chickens, corn, sugar cane, tomatoes. Nearing Tosagua in the river valley basin are banana and papaya farms. The Tosagua River is enjoyed for a refreshing dip or for the utilitarian washing of clothes. As I didn't have my camera with me on this expedition these photographs have been taken courtesy of our Danish friend Henrik Jensen. Thank you ! 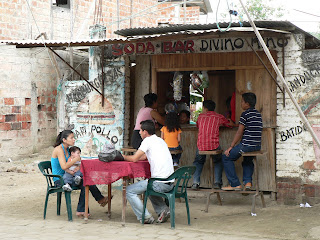 Resulting from its central location and large trading area, it boasts a very large bustling Sunday Market with rural populations traveling with family and friends in the back of open trucks for miles to sell their produce or handiworks, or barter, swap, or purchase supplies for the upcoming week. Most of the town's roads are unpaved and dusty but filled with activity. Through the eyes of a tourist, or someone not familiar with Ecuador, it could easily seem a bustling town from the last century. But for those of us no longer immersed in " cultural shock " the market vibrancy was full of exciting sights, sounds, and smells. 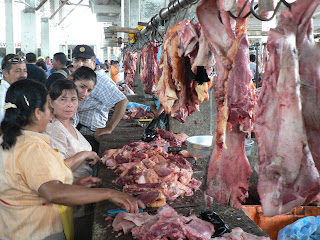 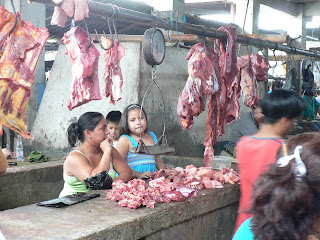 An expansive meat market with a variety of freshly slaughtered animals 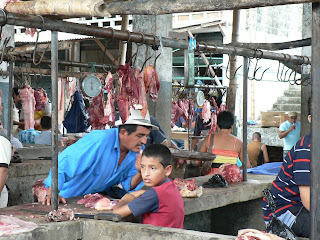 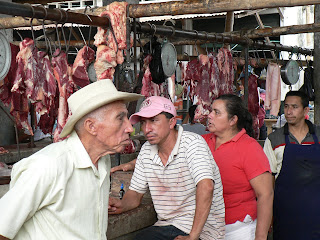 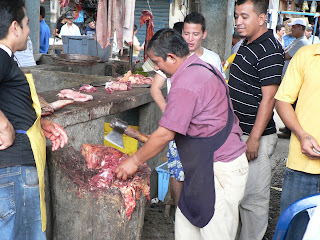 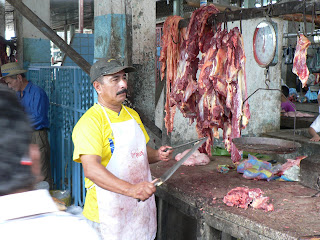 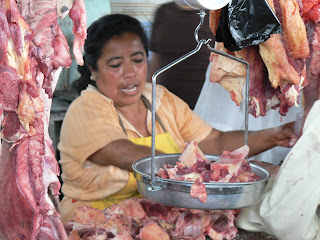 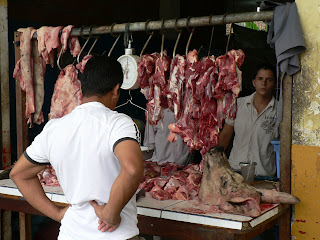 Of course a full range of farm fresh country vegetables, and fruit 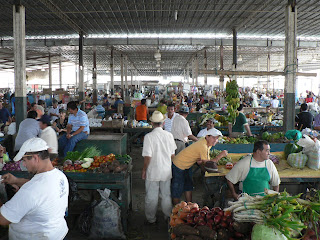 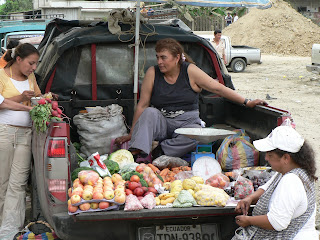 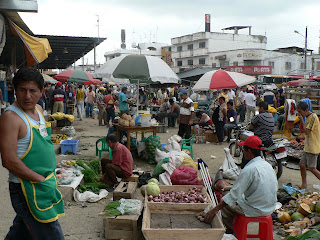 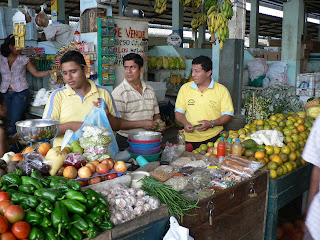 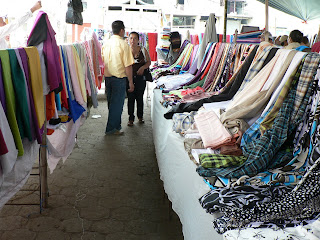 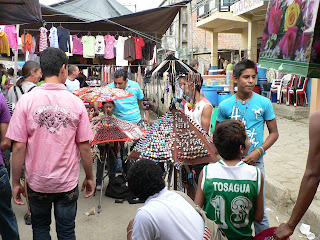 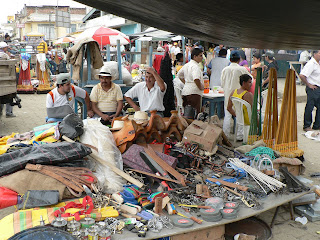 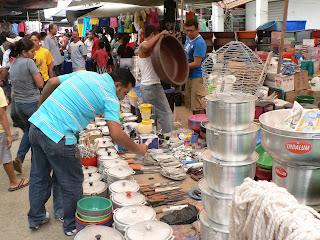 During community festivals the "Gusanito" (little Worm) which is often in Bahia for community events winds it way through the dirt and potholed roads of Tosagua.

We had anticipated to find very little information when doing an internet search on Tosagua. To our surprise a group of nursing students from the University of South Carolina were just there for two weeks undertaking medical screening and distributing hygiene packs. More information and photos may be found:

Previously Tosagua was one of three places in Ecuador Habitat of Humanity helped build 40 homes.

And the Eden's Rose Foundation helps the locals in need, and organizes group activities for those seeking to volunteer in Ecuador.

As we return to Bahia that afternoon some of the clothing & shoe vendors will follow traveling and resetting up in Bahia for a much smaller "Monday Market." And some of the vendors traveled the day before to a "Saturday Market" held in Chone. 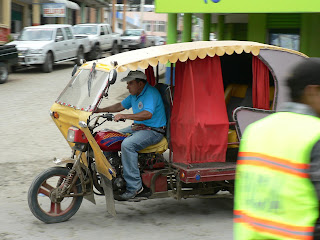