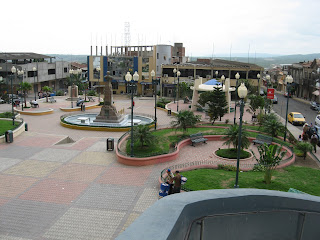 Montecristi, Ecuador founded in 1741 is a small village and canton that lies at the base of the enormous foggy hill Montecristi.  The area is full of history and tradition and the hill is said to resemble the guardian of manabita traditions. It is in the province of Manabi about 12 miles inland from the port of Manta. 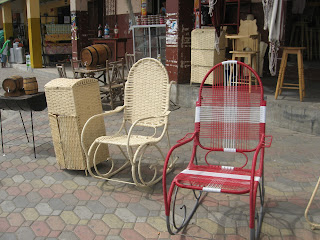 Along the main street of nueve de Julio the village of about 15,000 residents proudly displays it's handmade artisan crafts of wicker, straw, wood and iron and is internationally renowned for their production of  high quality  "Panama Hats."  In fact there is strong rivalry between Cuenca and Montecristi in the production of Panama Hats.

We have aquired Panama Hats, lounge chairs, hammocks,  custom made rattan or wicker furniture,  custom made Bar-b-Que, and a variety of hand-embroidered clothing all locally handmade from the artisans in Montecristi. 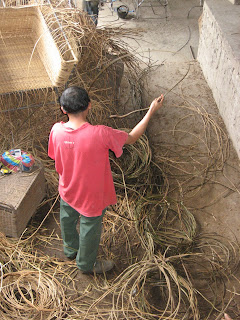 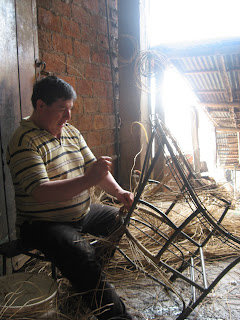 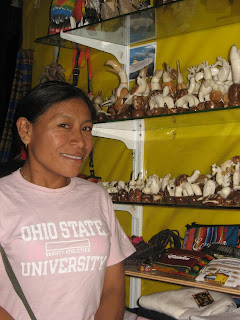 Mila and her family operate several successful outlets on the main street selling handmade crafts and clothing from Otavalo and other areas in Ecuador. 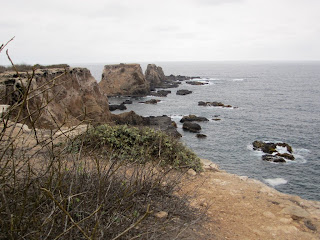 For adventurers a two hour hike up the mountain to the peak at 1,400 feet presents wonderful vistas, and interesting dry cactus vegetation. 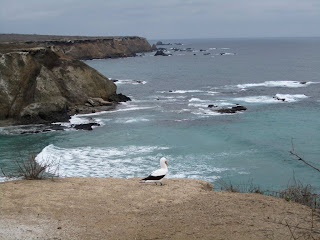 In the canton of Montecrisit is the 1,200 hectare La Isla de la Plata, the main attraction in Machalilla National Park, lying 23 miles west of the southern coast of Manabi. The island is known as the poor man's Galapagos. 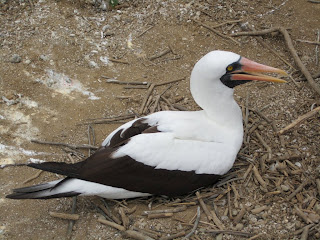 The island has two routes or hiking trails, both with spectacular views, where you will find interesting colonies of blue footed boobies, masked boobies, 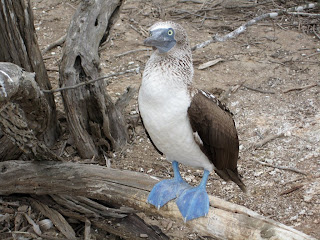 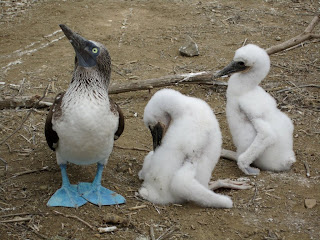 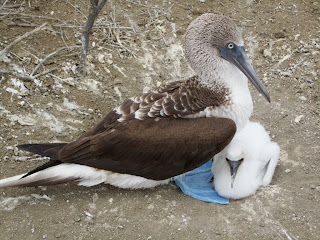 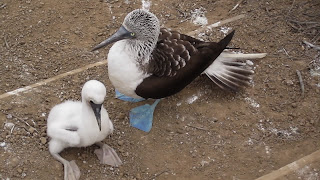 frigate birds and albatrosses found in the Galapagos Islands. 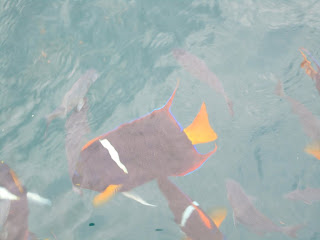 It is surrounded by coral reefs,  dolphins, sea lions, and a variety of marine life, make it an ideal place for those who enjoy the nature. Between July and November you can easily spot the migrating whales.

Recent  studies have uncovered the importance of this area as it was used as a port of exploitation and trafficking of poring Spondylus princeps shells, precious ornament for ritual use in the Amerindian peoples.

Montecristi has beautiful beaches of which Playa de San José is very popular. 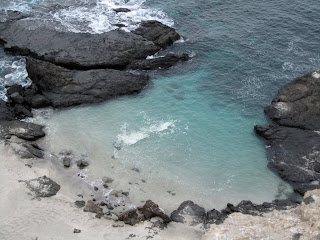 Nearby is the small village of La Pila famous for it's ceramic and pottery artesanias who  make a variety of sculptures and replicas of Pre-Colombian ceramics. 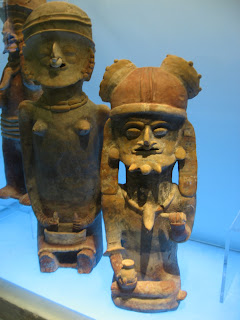 Montecristi is said to have formed during the early years of the Spanish conquest, possibly between 1536 and 1537, with settlers who left their coastal village of Manta fleeing from pirates. Among the first settlers was a man called "Criste", who  built his house on the top of the mountain. It is believed that the village is named after this early settler. Originally it was the capital of Manabi but after the destruction from a terrible fire in July of 1866 Portoviejo became the provincial capital.


Ciudad Alfaro is located in the heights of the Montecristi Hill. From this strategic vantage point you can view the village below and the nearby port of Manta. The building contains three main components: National Constitutional Assembly & event hall, historical museum, and the mausoleo for General Eloy Alfaro. 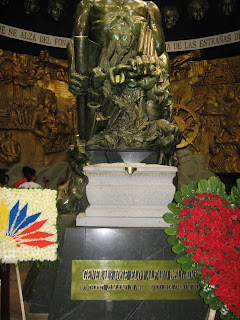 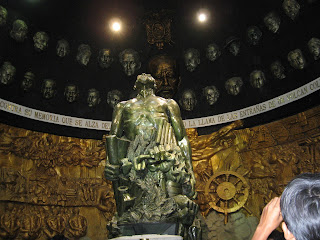 It is made from native manteños materials of 2,500 years ago and resembles the shape of a condor.  Reflecting Manta culture  the artisans from La Pila produced the clay and other local artisans incorporated art and ceramic historic features. 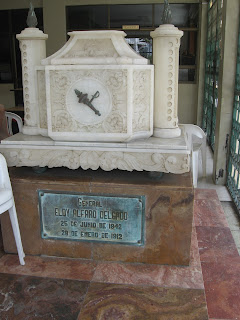 Montecrisit is the birthplace of General Eloy Alfaro Delgado ( 1842 - 1912 ) , one of the biggest revolutionaries in the country. During his time as President of Ecuador he built the railway lines from the coast to the Andes.  His home in the central area ( now a museum ) has been restored and can be visited, and his remains are in the Mausoleo.  In the Mausoleo is a  huge clay pot to pay tribute to the song named earthen vessel, which says: "I want you to  bury me, as my ancestors, in the cool, dark belly of a vessel of clay. "

The museum pays tribute to the construction and operation of the railway lines, 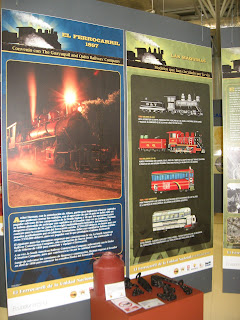 with a restored steam engine and historic tools and equipment,  and has the national collection of legal seals and stamps. 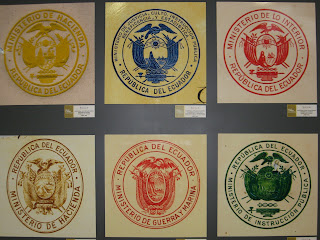 Once you understand the bureaucracy of paperwork in Latin America you will find a new appreciation for the extensive national historical collection of government and official seals and stamps. 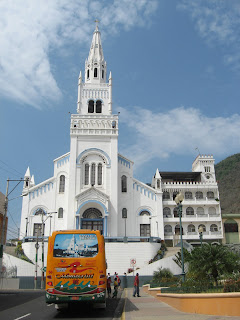 Monserratte Basilica and the Virgin of Carmen Monastery of Christ was built 17 years ago and is home to the cloistered nuns.  Montecristi is considered the religious capital of Manabi and houses the shrine of Our Lady of Monserrate. 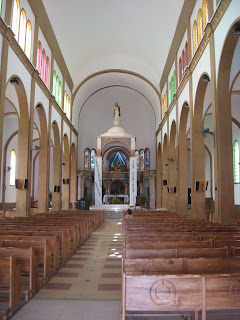 The Vatican decision of His Holiness John Paul II consecrated the Basilica of World. In November thousands of Ecuadorian and foreign pilgrims traditionally have an annual pilgrimage and feast in the Basilica of the Virgin of Monserrate.

Featured in a recent article in " This is Ecuador " Montecristi and surrounding areas are home to a handful of Ecuador's master weavers, the creators of the finest straw hats in the world "Montecristi Panama Hats". 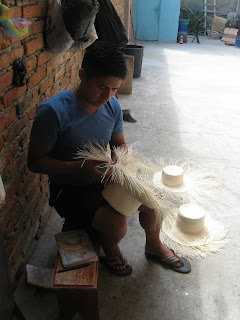 One of the world's classic ironies is that Panama hats are, and have always been, made in Ecuador. Jipijapa and Montecristi have been at the center of the toquilla-straw-hat trade since the 17th century. In the 1830s, Ecuador's sombreros de paja toquilla, or "hats of toquilla straw," were originally marketed in Panama. This was the main route for travelers between the coasts of North America. When gold was discovered in California, these strong, lightweight, straw hats became popular. They were highly prized for their ability to deflect the tropical sun, allow ventilation, fold for compact storage, and accessorize summer-weight silk suits.

In the early 1900s the hats gained more exposure when the Panama Canal was under construction. Originally Ecuador gave every worker on the project a finely woven hat to keep the sun off in respect and gratitude for the Panama Canal.  Then a widely published photograph of U.S. President Teddy Roosevelt wearing a "Panama hat" as he operated a 95-ton steam shovel. These two reasons are credited with the origin of the mistaken name.

Montecristi panama hats are made from toquilla straw. The paja toquilla forests are found in the nearby coastal areas. A paja toquilla forest takes three years to mature. The plant is cut with machetes using the tender core of the leaves (cogollos).   The straw fibers are stripped and then hand-split into strands not much thicker than thin thread, boiled to remove the green color, and hung up to dry for around a week.   Next, the straw is woven into the rough hat. They are woven so finely, that at first a panama hat appears to be made from silk or linen. The hats are smoked in sulfur fumes in a closed wooden box  and dried.  The brim is ironed and trimmed of excess straw. Then the crown is shaped, using different-sized forms that combine the optimal heat, humidity, and pressure to provide the desired shape and feel. The brim is finished by cutting it to the desired width and reinforcing it, then a band is stitched inside the hat and another is placed around the hat on the outside.

The quality is in the tightness of the weave and the skill of the weaver. A hundred weaves per square inch are considered minimal; the highest quality and most expensive hats have as many as 2,000 weaves per square inch. Even then, the superfino Panamas are so expertly woven that, reportedly, they can hold water. They can be rolled up so small for storage or traveling that they can pass through a wedding ring. These hats can sell for thousands of dollars, though you can also buy pedestrian Panamas, like mine for as low as $15.


Years ago Cuenca noticed the growing export demand for the hats and seized the opportunity to boost its economy.  It opened a straw-hat factory, trained weavers, established supply lines for the paja toquilla from the coast, automated the process with hydraulic presses and hat forms, and hired master weavers.
The marketing and exporting business is primarily in Cuenca. The rivalry  for the market between the cities continues today.

The latitude, humidity, rainfall and soil properties of Montecristi, create  conditions that yield the smoothest, longest and strongest fiber of paja toquilla plants of any location in Ecuador. Cuenca is a higher altitude and drier conditiond for the toquilla plants.  Montecristi's hats are essentially " handmade " whereas Cuenca automated some processes. Chemically bleaching hats in Cuenca damages the fibres verses the sulfur treatment process of Montecristi which is longer and slower. Montecristi claims handmade hats yield a much longer life expectancy than those made in Cuenca. 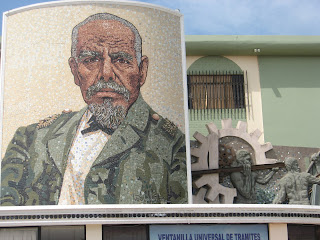 
In Bahia all the school bands for miles around have begun daily practicing for our cantonization celebrations, and parades on November 3rd. In addition to our neighbourhood finally receiving running water after  waiting for over 6 months, other new developments in Bahia include large rocks being brought in to re-inforce the existing rock birm along the northern ciudela seawall;  construction hoarding is in place for both the central mercado and the new shopping mall; 3 condominium buildings are under construction;  2 new hotels are being built, several smaller B & B's are being established, and several new hostels.