We have just returned from a visit to Vina del Mar, Valparaiso, & Santiago in Chile. 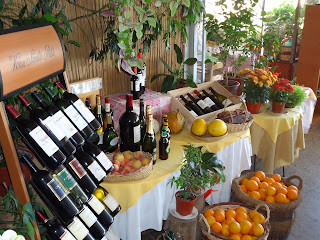 It is summer in Chile however we had almost forgotten how cool nights can become when moving away from the Equator.  We enjoyed visiting friends, wonderful long, bright summer days, strolls along the beach, good quality ethnic restaurants, and tropical fruit ice cream. 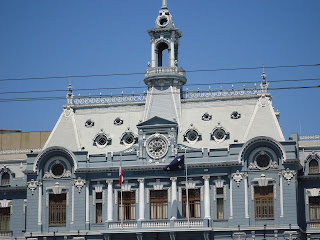 The coastal community of Valparaiso is a collection of famous architecturally designed, colourful,  homes and buildings built on a very steep cliff descending to the protecting bay on the Pacific Ocean. 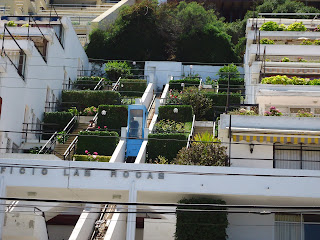 Outdoor ascensors / elevators provide access to these various areas on the cliffs.  The sheltered bay is home to Chile's major seaport bustling with sea cargo, passenger ships, the navy fleet, and fishing vessels. 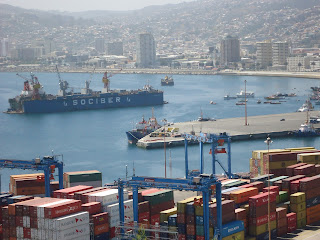 It is an older, poorer area with the major fish and fresh vegetable markets for the coastal area, and refurbished buildings providing homes for artisan galleries and tourist restaurants.

We enjoyed meandering through the myriad of steep cobblestone streets where often older, richly colourful buildings would appear perched in mid air overhanging steep cliff sides. The architecture has been influenced by many immigrant cultures and provides inspiration for architecture students from around the world. In addition to staircases which traverse the steep hillsides, 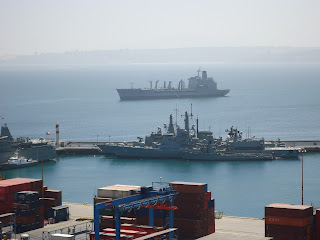 Naval vessels occupy the bay, and a large naval training academy is along the beach. 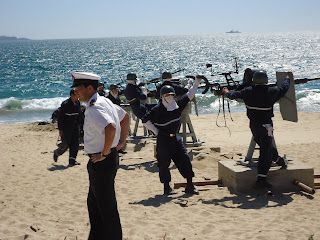 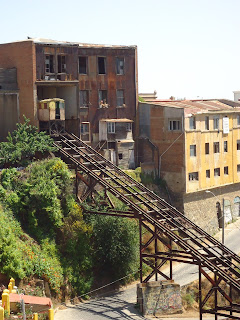 Valparaíso has an unusual system of ascensores funicular elevators (highly-inclined cable cars) which are one of the world's 100 most endangered historical treasures, or the Polanco elevator where one enters a long dimly lit mine-shaft like tunnel, and then a traditional vertical elevator which lifts its passengers several hundred feet within the earth to emerge to a daylight exit near the mountain top. There we found an abundance of fine restaurants serving typical plates and folkloric music, and artisan kiosks. 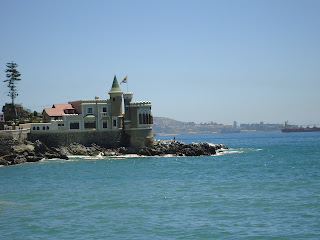 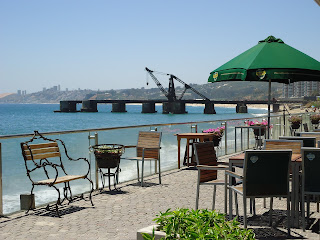 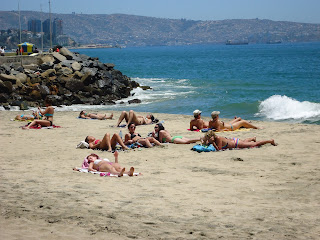 Famous for it's miles of beautiful stretches of beaches, malecon with a variety of activities, 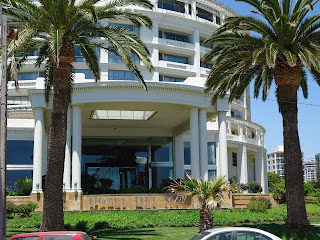 Casino, and the business and shopping centre for the coastal communities in the area.

The Chileans have just voted Vina del Mar  to be the most livable / favourite city in their country. 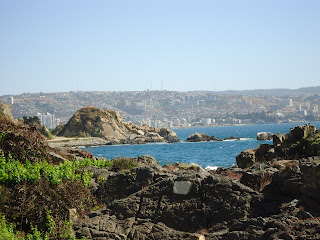 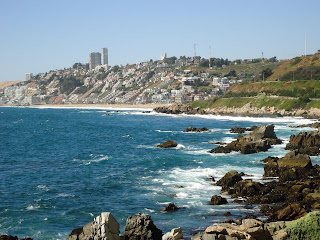 It is also a popular beach resort destination for many South American & European tourists. 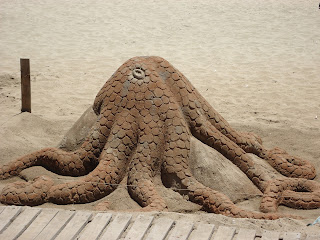 Artists have designed a variety of intricate "life like"  sandcastle sculptures along the beaches. This octopus and giraffe are good examples. 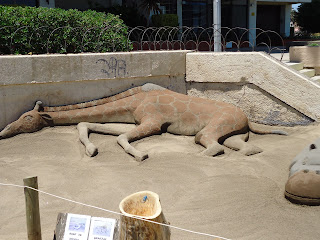 Large sand dunes lay opposite the ocean and provide a playground for ATV's, motorcycles, jeeps, and dune buggy's. 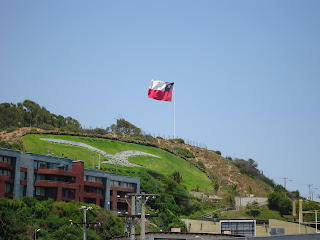 Chile has one of the strongest economies all of the South American countries. The streets are lined with shiny new popular franchise stores and restaurants and bustling with brand new vehicles. 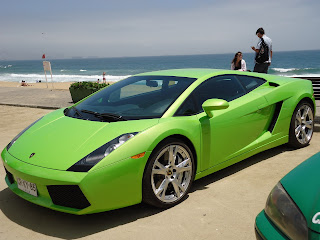 The people are very active and health conscious with joggers, cycles, swimmers, and fitness centres everywhere. Sports such as surfing, boarding on the sand dunes, roller blading, and extreme cycling are very visibly popular. It's citizens have worked hard and successfully eliminated the prevalent corruption common in Latin cultures.  Transparency International's 2011 Corruption Perception Index  ranked Chile - 22 considered one of the least corrupt countries in the Americas.   Less corrupt than the United States ranked - 24; Canada ranked - 10.  But Ecuador - 120;  Venezuela  - 172 continue to rank among the highest countries for corruption.  This fact continues to be overlooked by the optimistic promoters of retiring or living in Ecuador !

The residents of Chile aspire for the material luxury items enjoyed by the western world.  Although property, homes, accommodation, and restaurants are priced higher than other Latin countries we found automobiles, clothing, electronic goods ( computers, digital cameras, televisions, appliances ) and fine red wines to be significantly less expensive than Ecuador. Grocery prices and fresh fruit and vegetables are comparably priced. 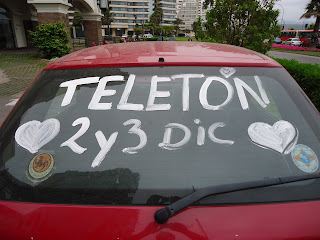 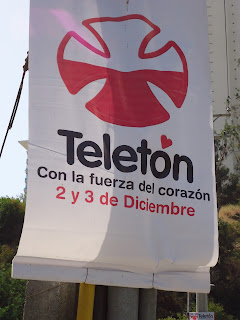 Preparations for Christmas and New Year celebrations are well underway with decorations, commercial sales & advertising, and " dusting off "  peak season facilities.   Vina del Mar hosts one of the largest famous New Year's fireworks exhibitions in Latin America.  It will be attended by over two million tourists & spectators who fill the length of coastline from Valparaiso to Vina del Mar and hillsides for a view of the bay's pyrotechnic display. The coastal resort areas are currently filling with tourists from Argentina. 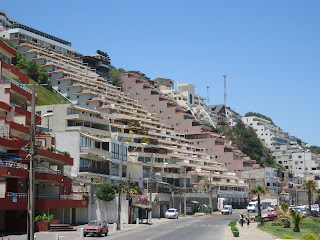 The hillsides have being incorporated into the tiered apartment, and hotel structures that line the bayshore.
While vacation hotels, apartments, and suites are abundant if you are interested in visiting for the holiday season be sure to book accommodation well in advance as thousands of South American ( Argentina & Brazil ) and European visitors come for the festivities here on the beach.

Jennifer Lopez was also visiting Chile this past week. 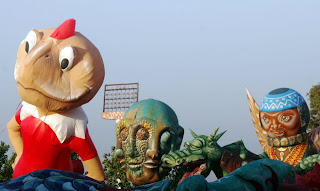 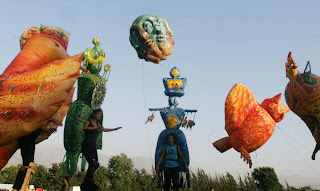