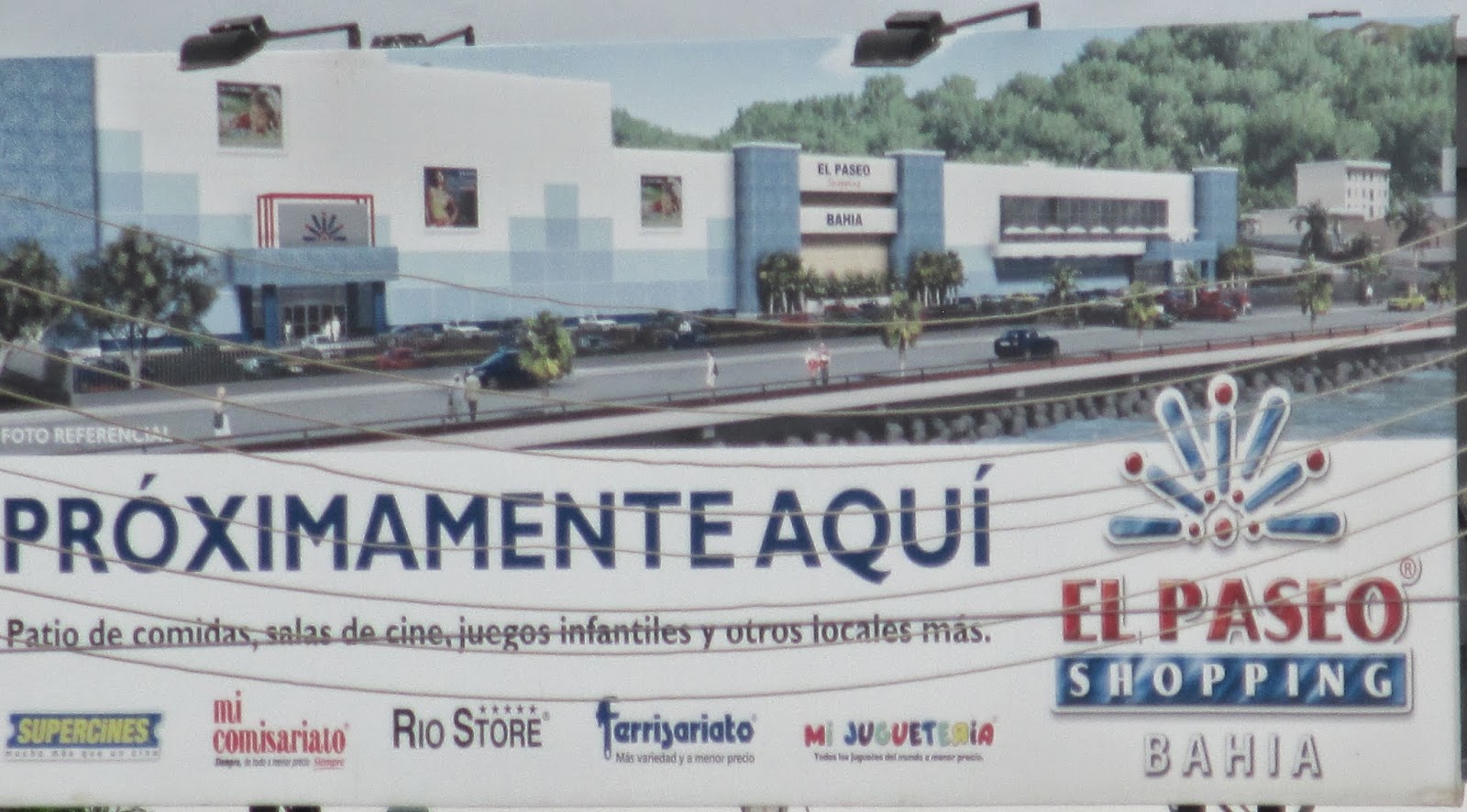 The construction of the El Paseo Mall in Bahia de Caraquez is again well underway with an ambitious new target for completion of November 2014. They are starting to recruit staff for service and security positions for 3 days starting July 28 at Hotel Patricio's. 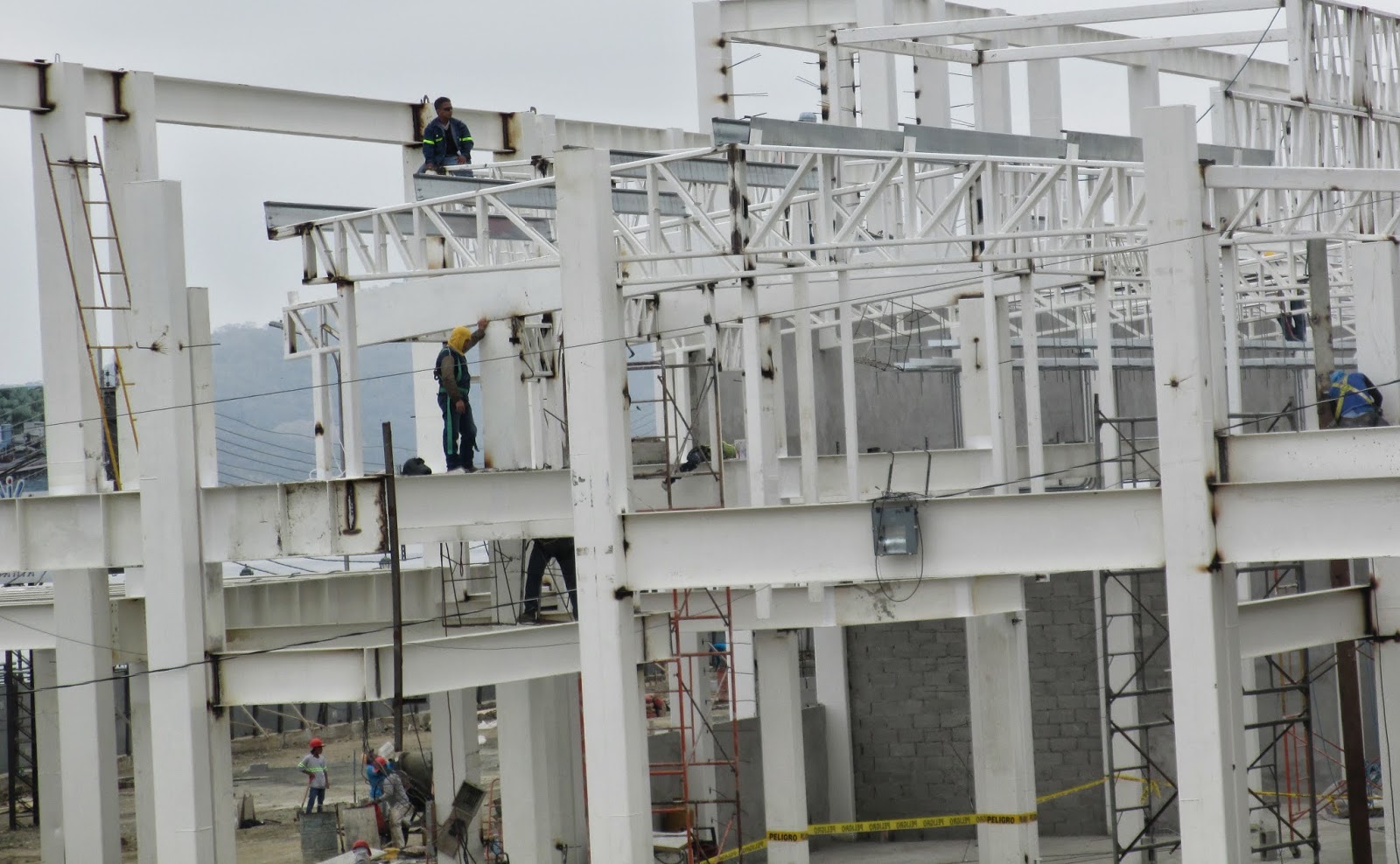 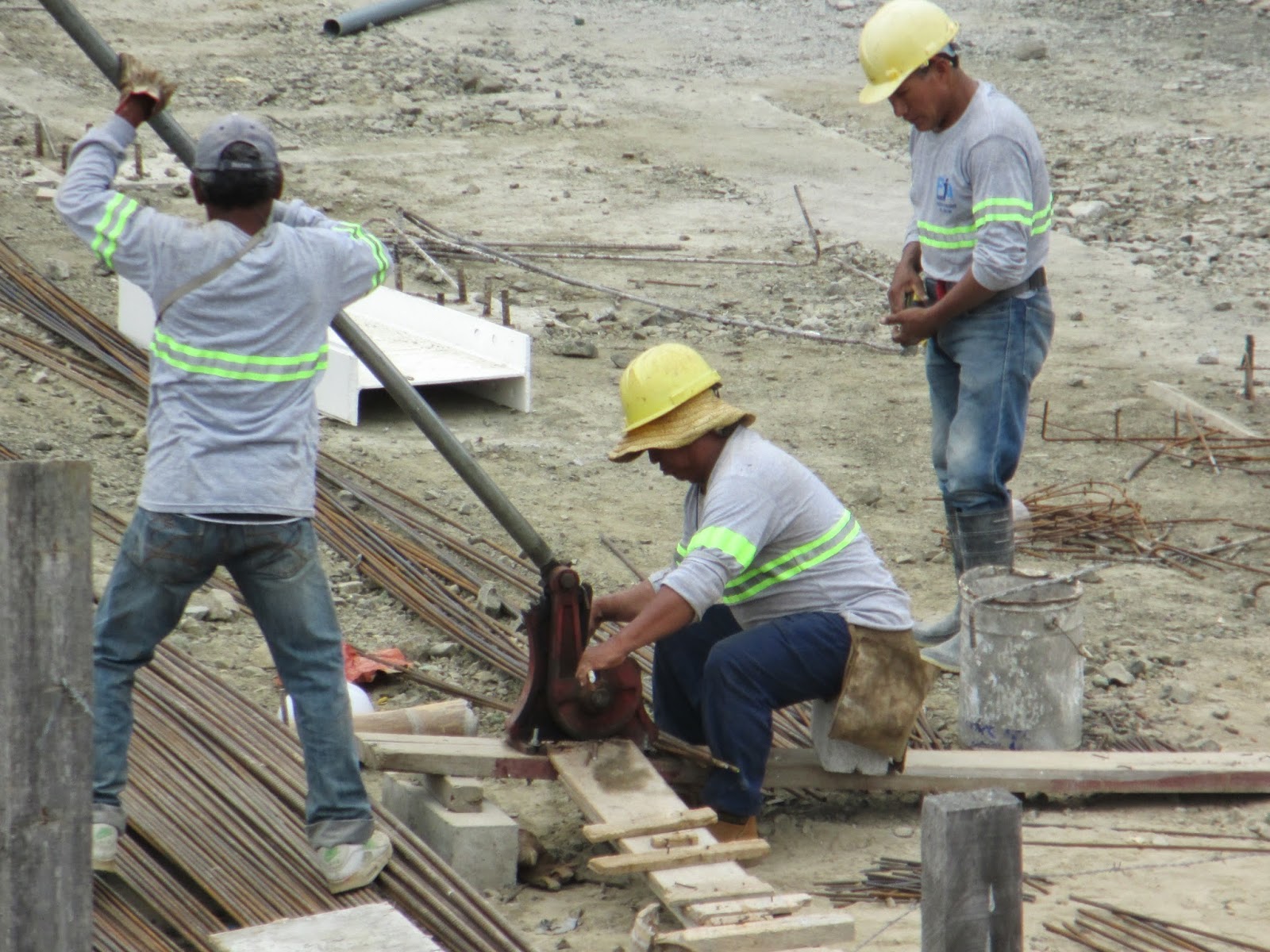 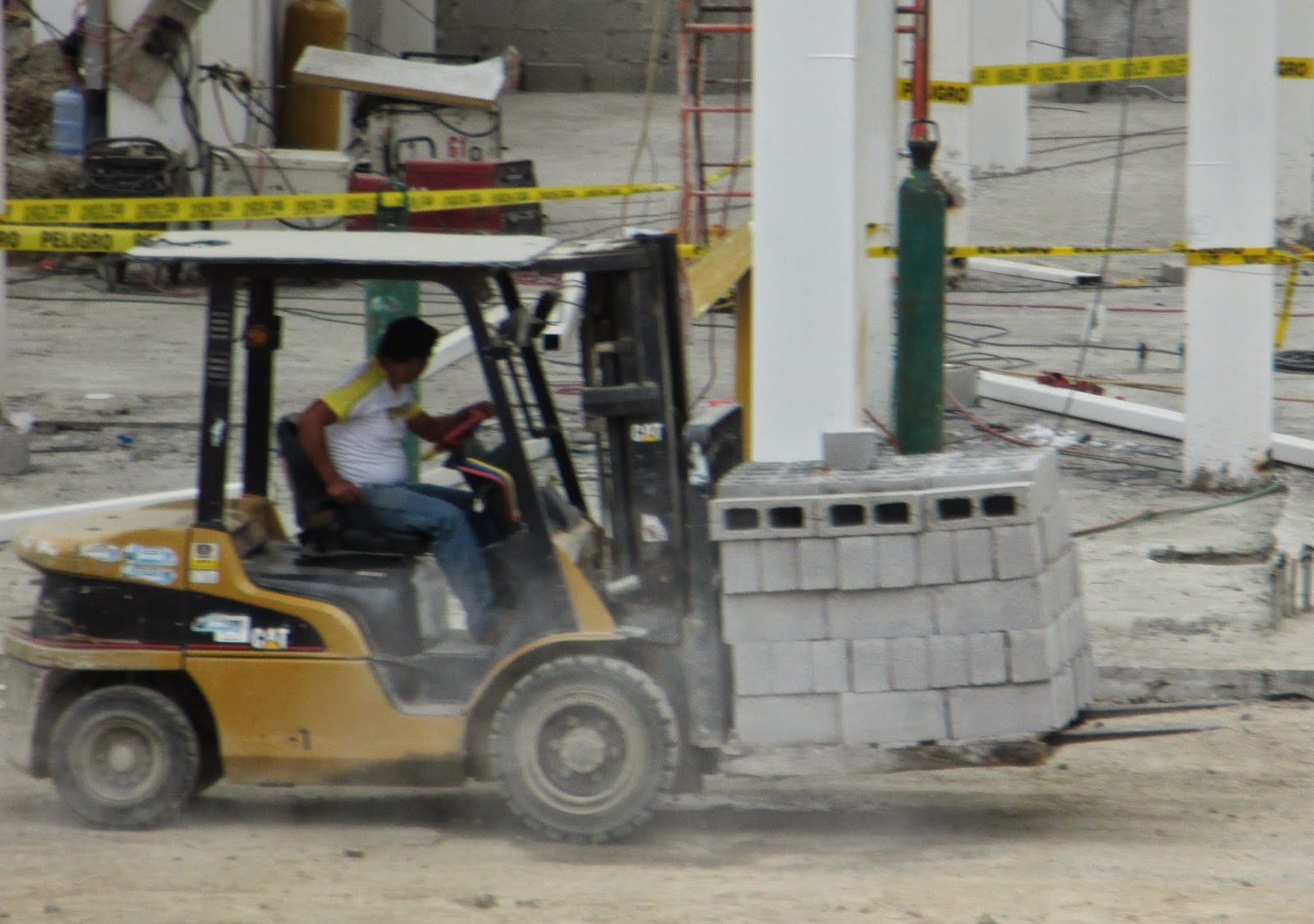 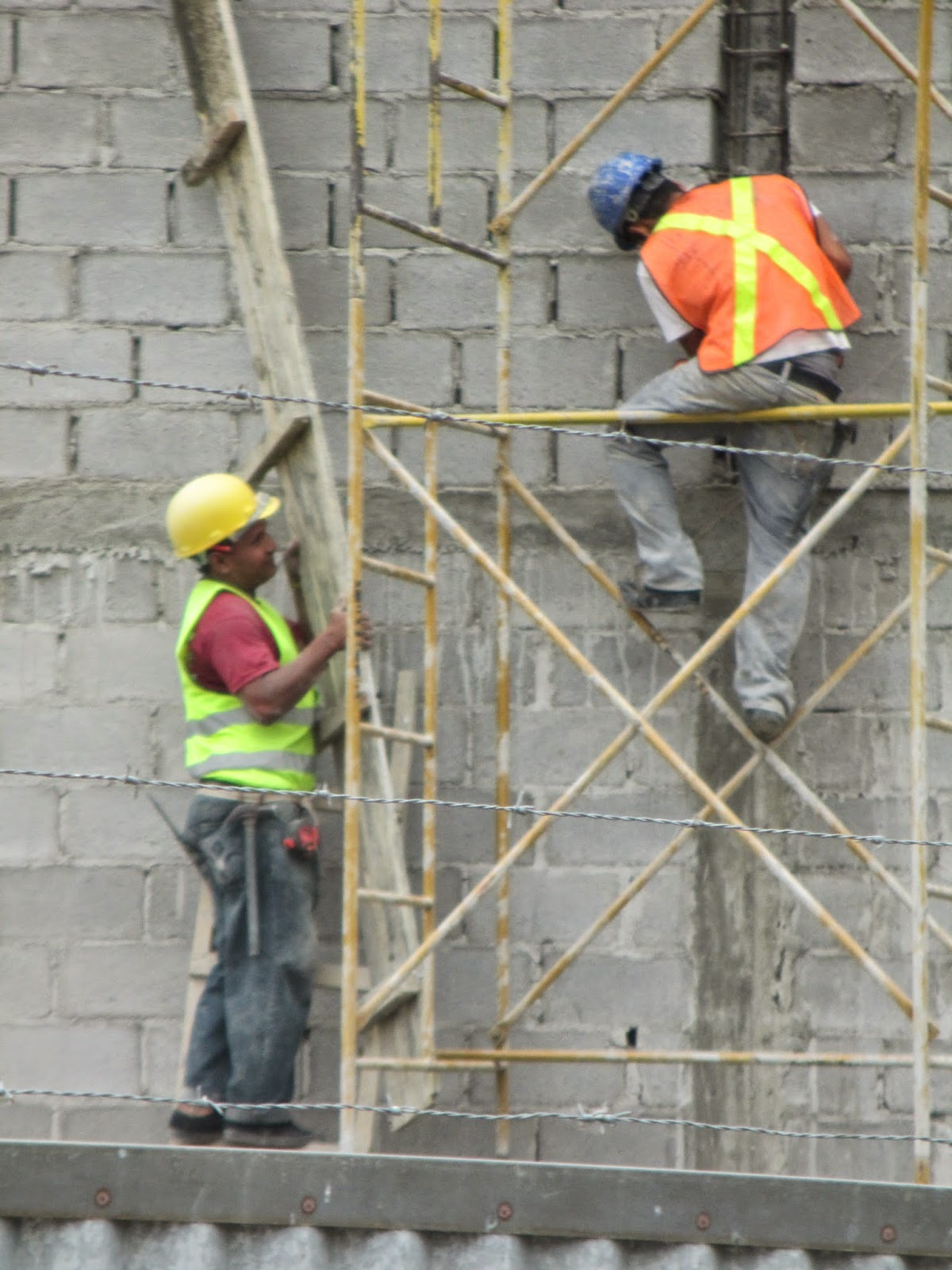 Several hundred workers can be seen on-site daily engaged in a wide variety of construction activities. 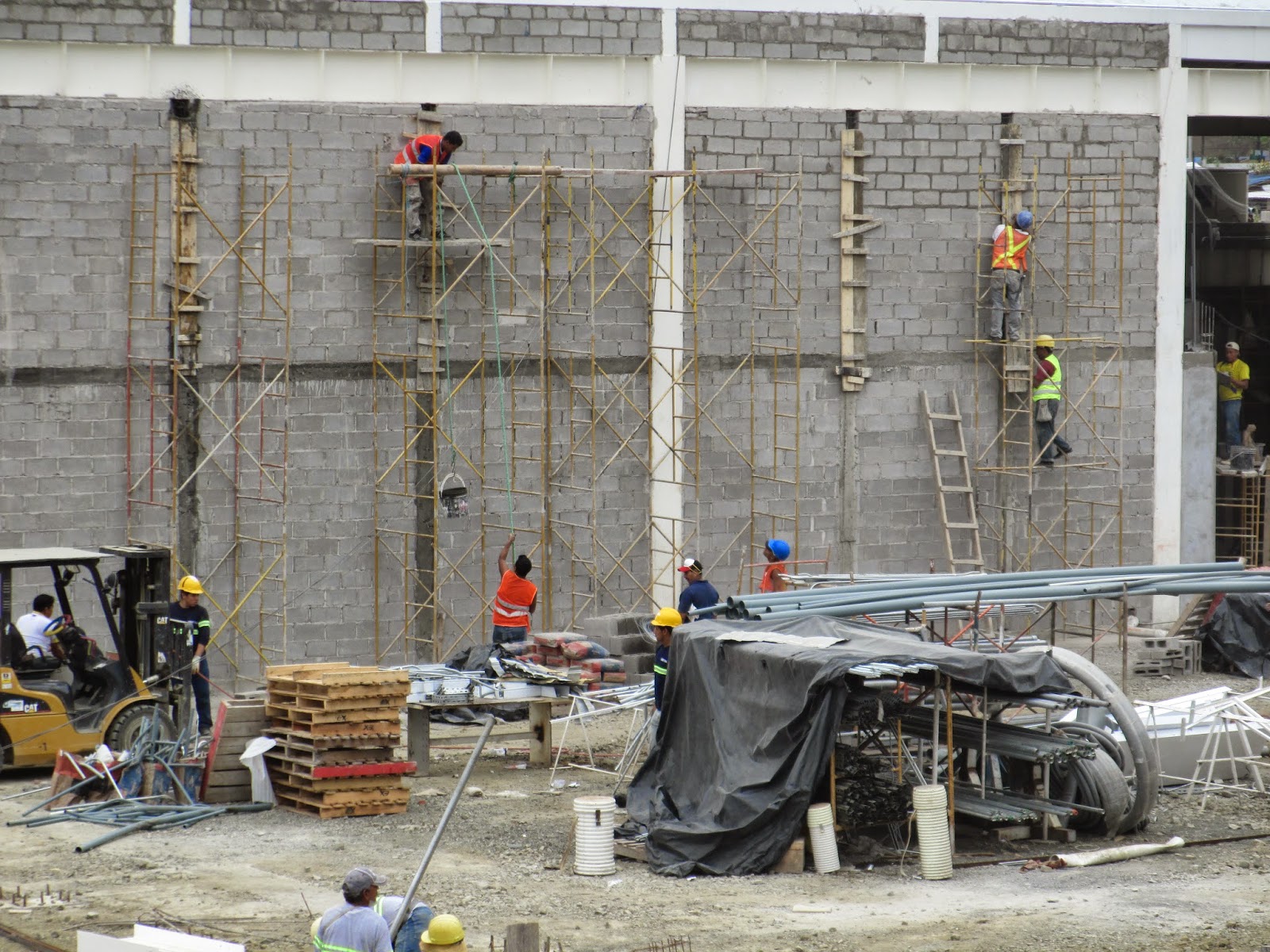 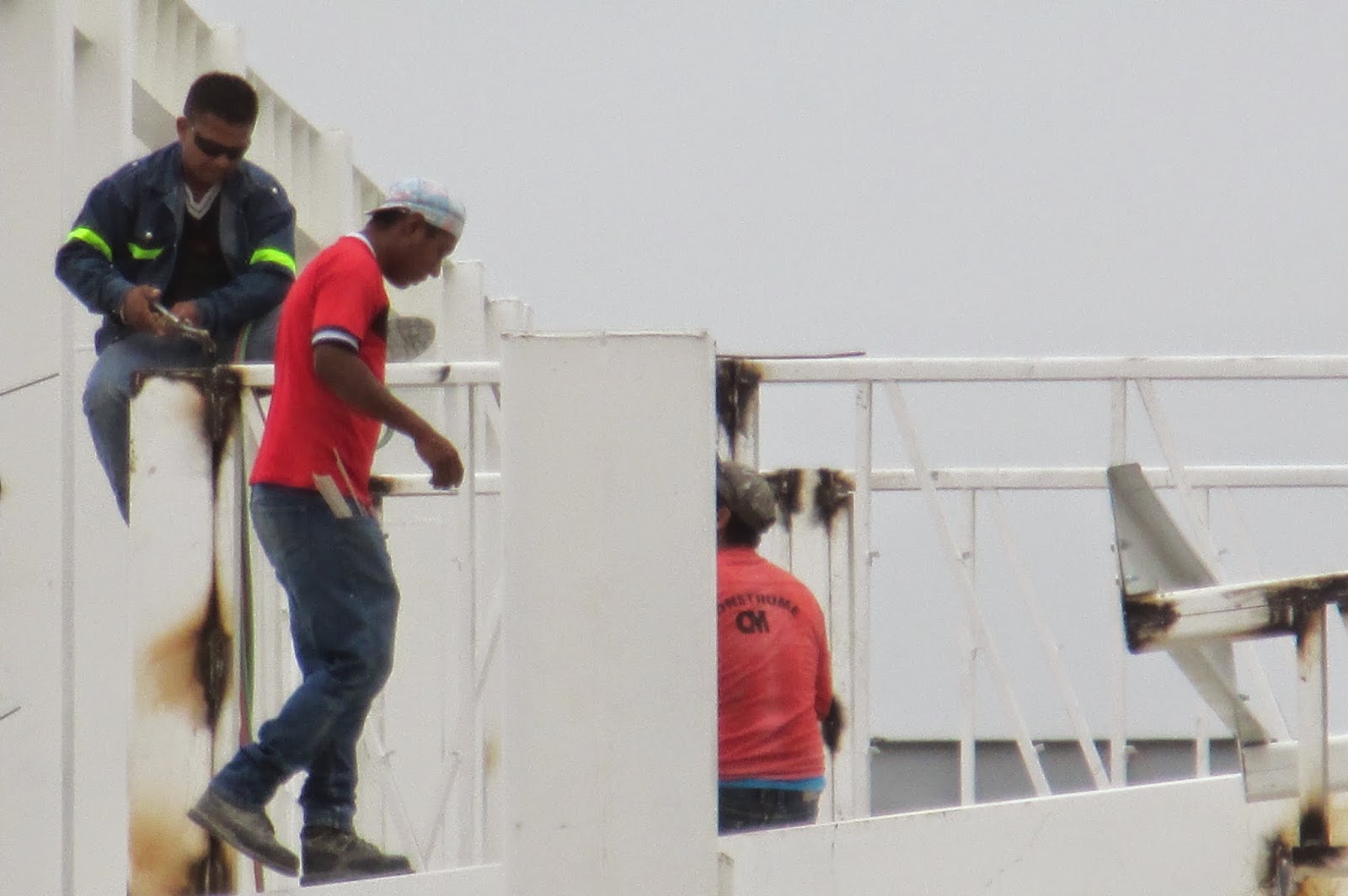 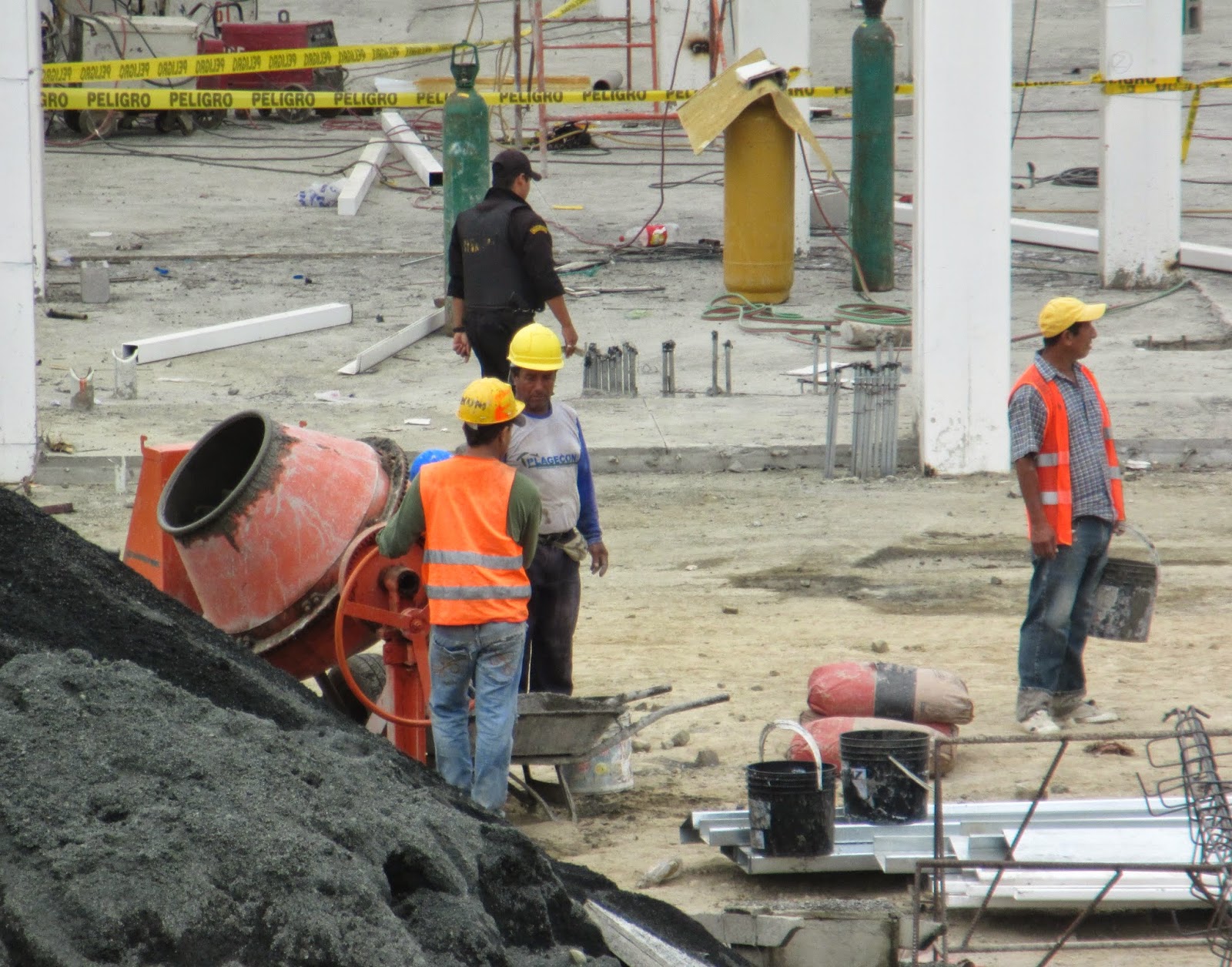 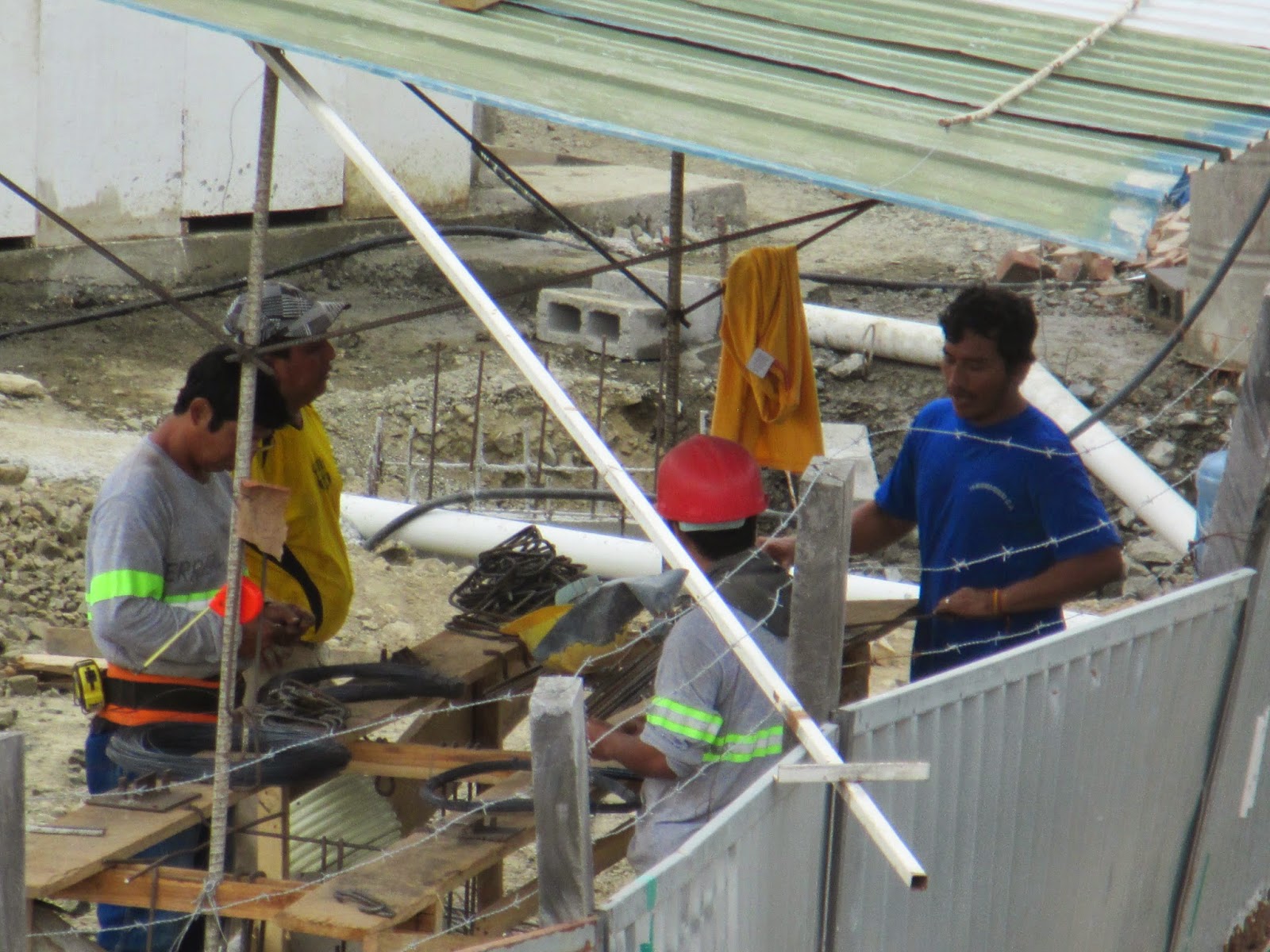 Project owner, El Rosado SA Corp indicates it will be similar design to that in Portoviejo and Manta. Two levels anchored by the Hipermarket Mi Comisariato, ferrisariato, a variety of stores, second floor food court, and theatres. Cost of the mall is in excess of $ 10 million. It is anticipated it will draw significant customer traffic from northern regions of Manabi. 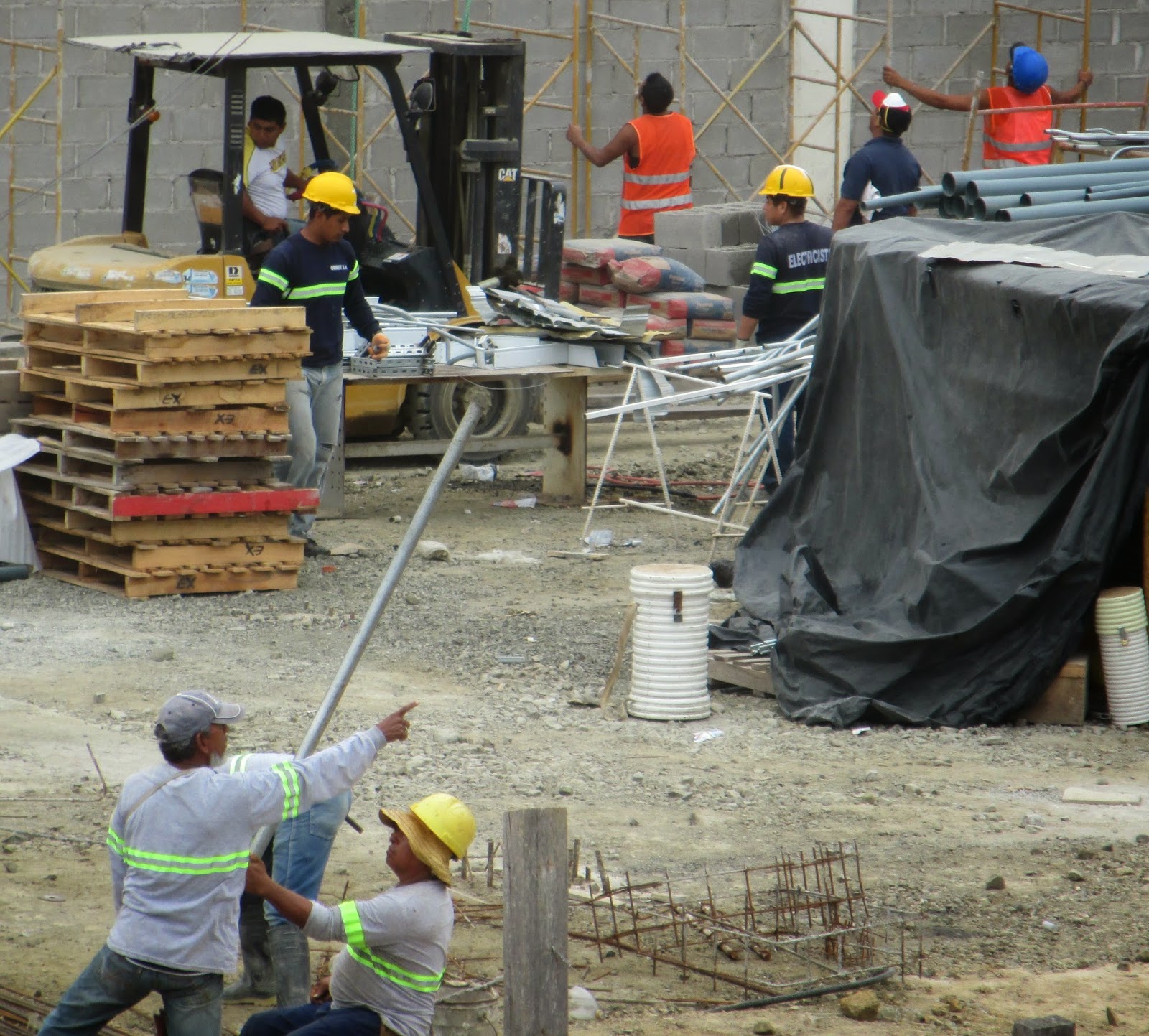 Originally started in 2011 and requiring ten months for completion. The mall's development has been most curious with construction having started several years ago and stopped for several months on different occasions.  In fact at one point the metal frame structure  was being dismantled and rumoured to be going to Chone. In May 2013, the longest lapse in activity, newspapers reported the abruptly suspended construction was subject to much speculation. Indeed rumours were rampant within the community. The municipality was silent although occasionally officials would try to calm the community.  The company making the investment also refused to comment. It was reported to be a very strange situation with work paralyzed on several occasions without any accountability
or explanation to the public. 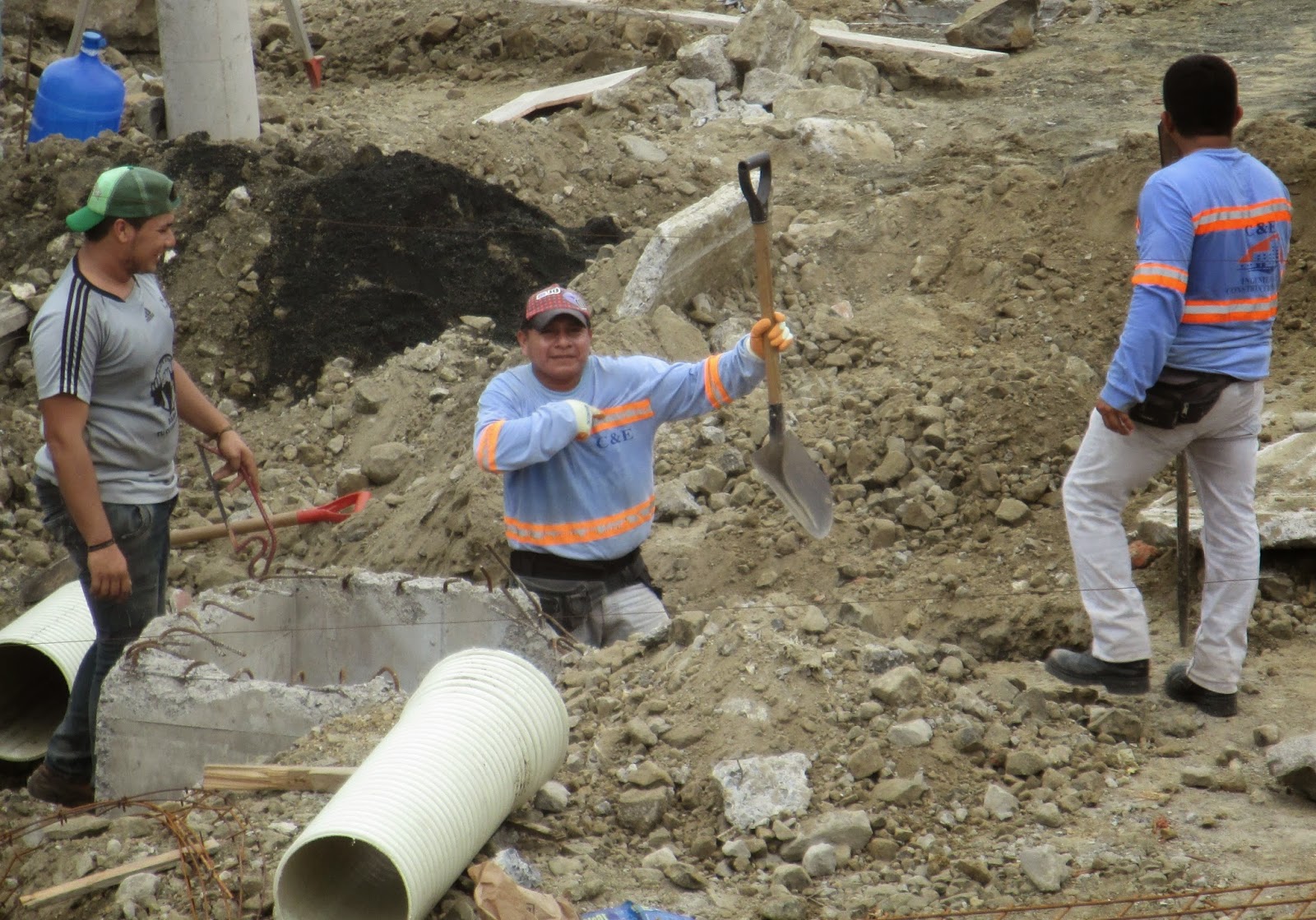 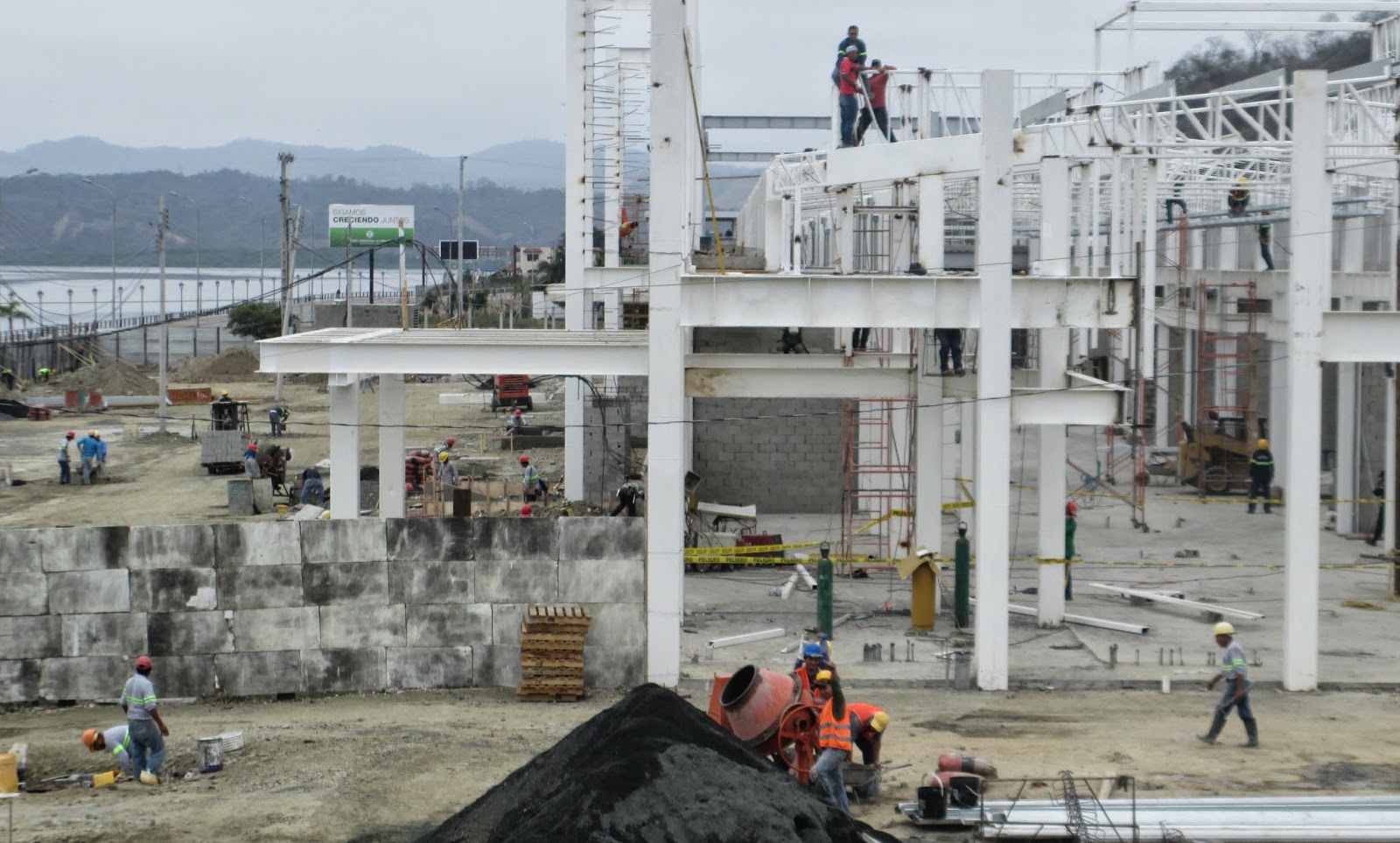 Located in the old shipyard area between the entrance and off ramps to the new bridge and the estuary its economic impact on the community remains to be seen. A sports complex is adjacent to the mall. 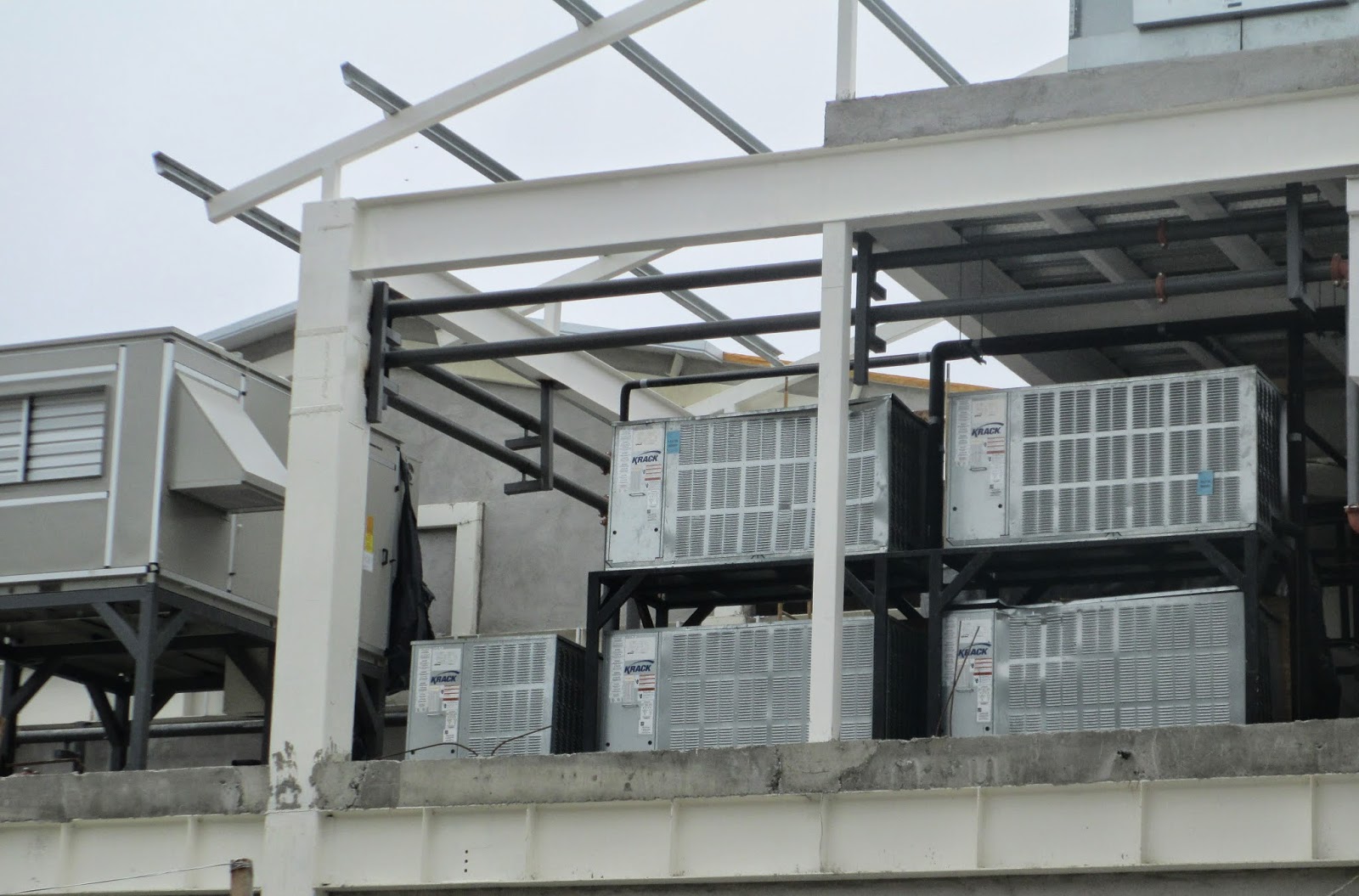 While there are over 182 proposed developments on the coast of Ecuador from Manta to Esmeraldas there are very few showing signs of success at this time. Success being defined as having completed significant  infrastructure and having achieved over 30 % project  sales.  Most simply boast an elaborate internet presence.

The project is being undertaken by Carlos González Artigas Díaz, who is one of the province's major employers with significant manufacturing operations. He has an excellent well established reputation in the community and this is solidly reflected in sales.  This development is considered number one among all the prime real estate developments in the region. Over 80 % of sales are local buyers and well over 50 % of the first four phases of lots have been sold.   That's an excellent indicator of value and success  not yet present in any other development on the northern coast.

Already more than $15 million has been invested in Ecuador's ninth golf course ( first for the province of Manabi )  and the first four phases of the project infrastructure. Unlike other speculative developers he is not relying on lot sales to fund the golf course or development infrastructure.

He has described the golf course as his legacy to Manta, his way of appreciating the city that has supported his business since 1937. He wants to make the golf course accessible so that middle-class locals can play and youngsters can learn the sport.   The golf course is being designed by French architect Christian Pensu and there is tremendous interest from U.S. and Canadian athletes using the course when weather prevents them from playing in North America, and for tournaments.