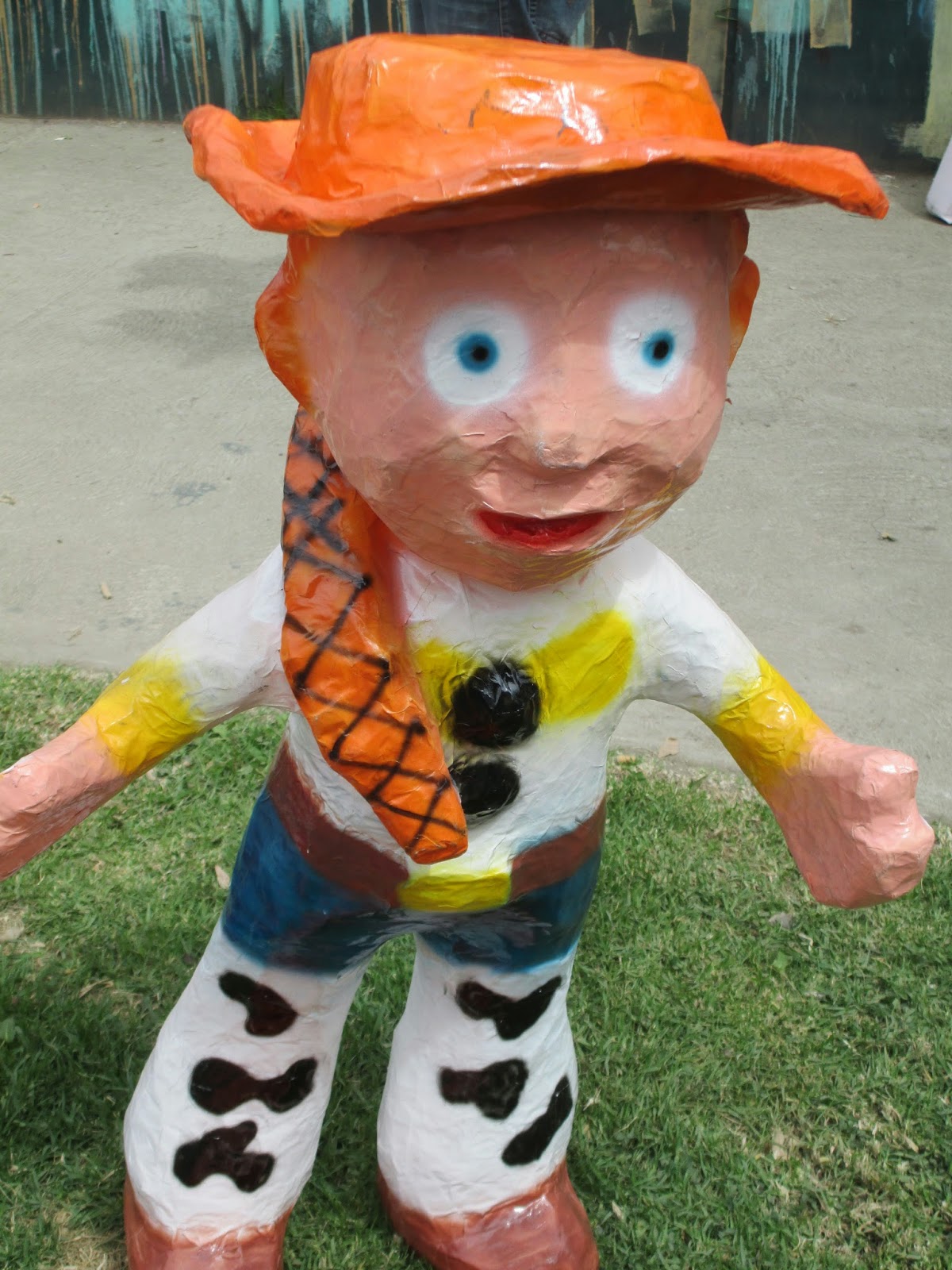 Feliz Año Nuevo !   New year's Eve is one of the biggest festive nights of the year throughout the world, and here in Ecuador is no exception. 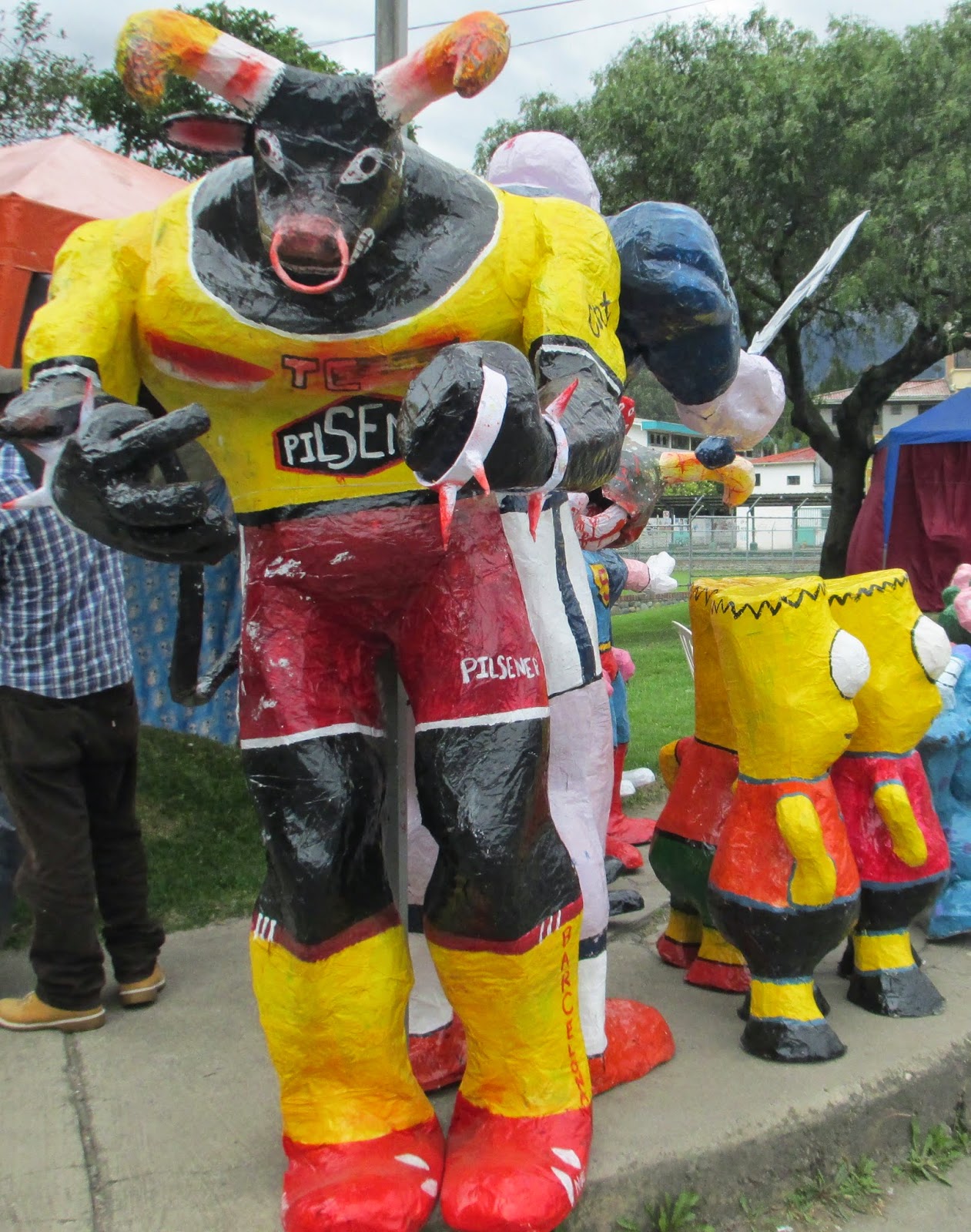 Here it is an exciting holiday full of cultural traditions, and good luck superstitions. 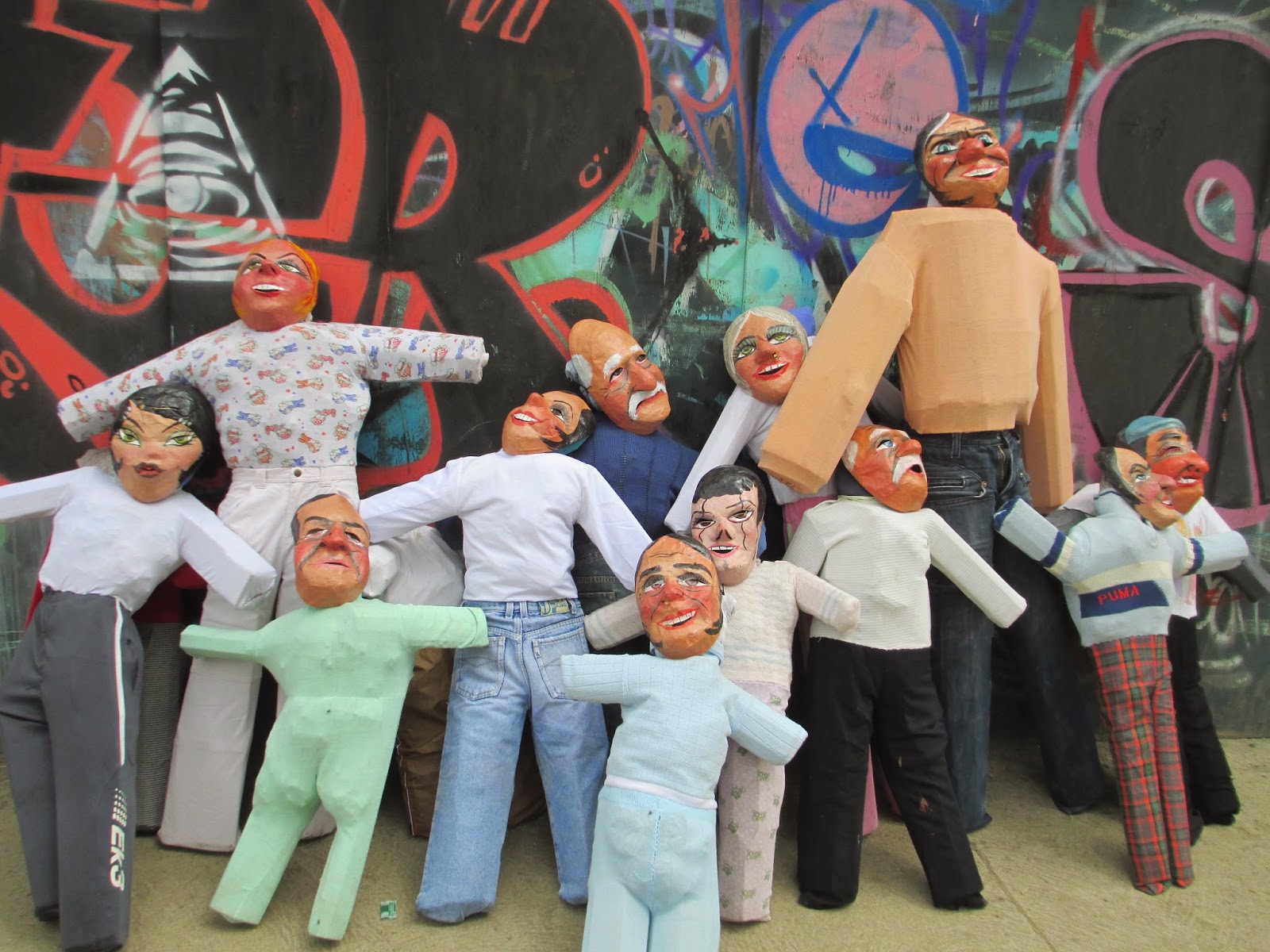 One of the most unique  important Ecuadorian traditions for ringing in the New Year is the making and burning of años viejos or monigotes. 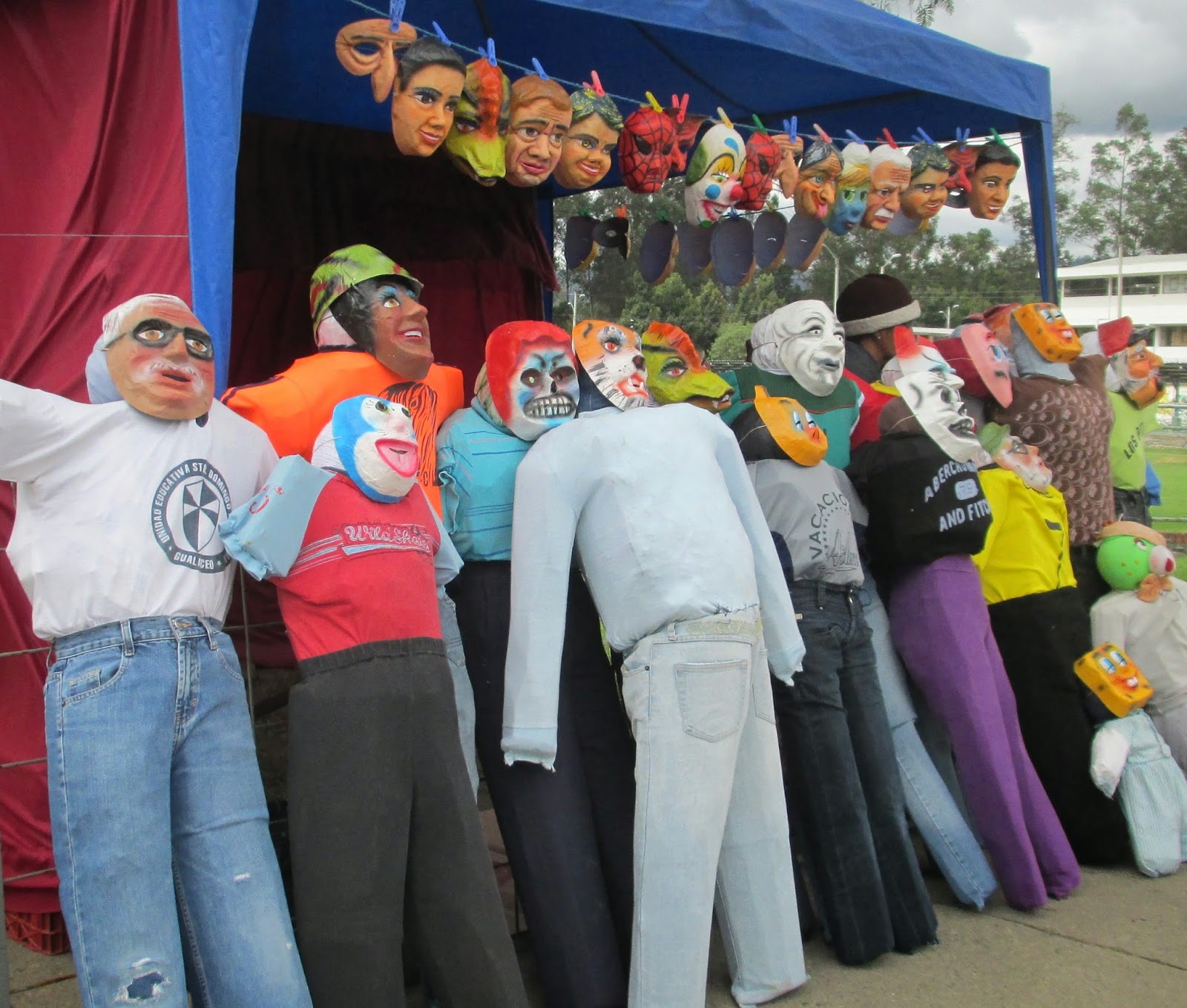 Made from paper mache, straw, or old clothes sewn together, and stuffed with newspaper, sawdust, & charged with firecrackers.

Talented artisans have made this a very successful business and sell thousands of these effigies. 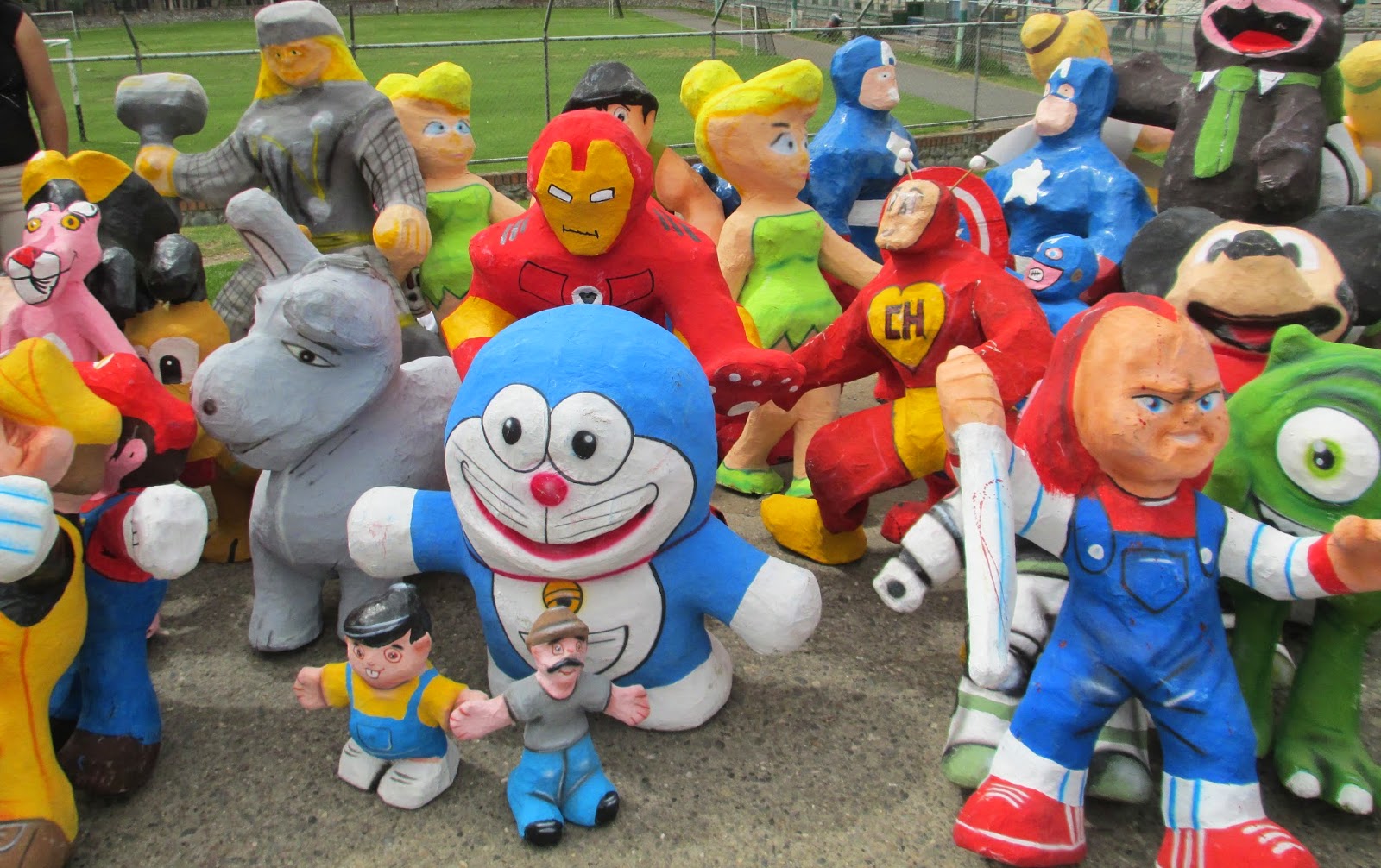 They represent the passing hardships and troubles of the past year. Burning them is seen as cleansing, and that positive energy and good luck will follow. 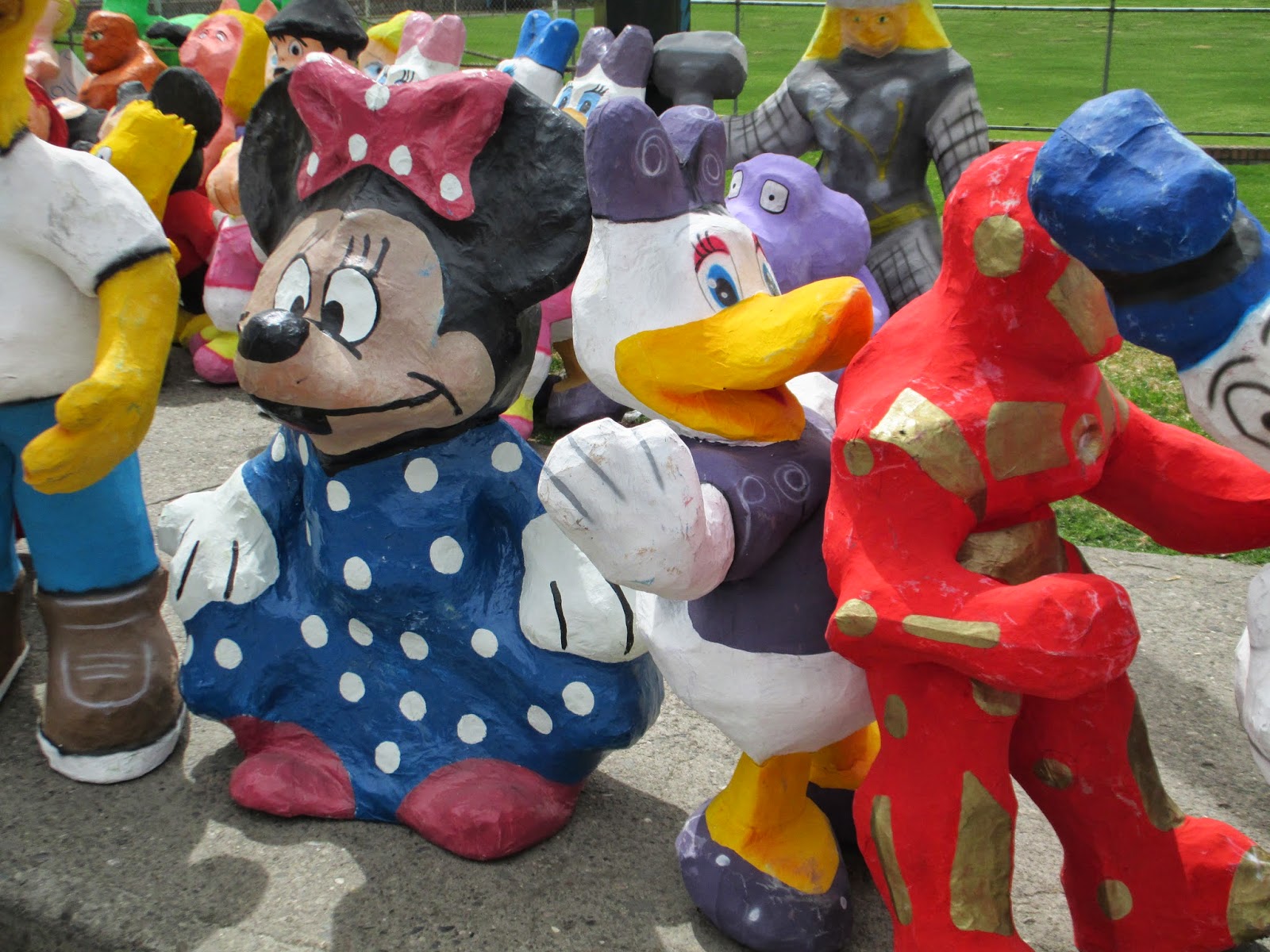 At midnight they are burned away in bonfires in the middle of the streets. Some jump the bonfires flames as many as 12 times to represent a wish for each month. This practice mixed with alcohol has been the cause of some injuries. 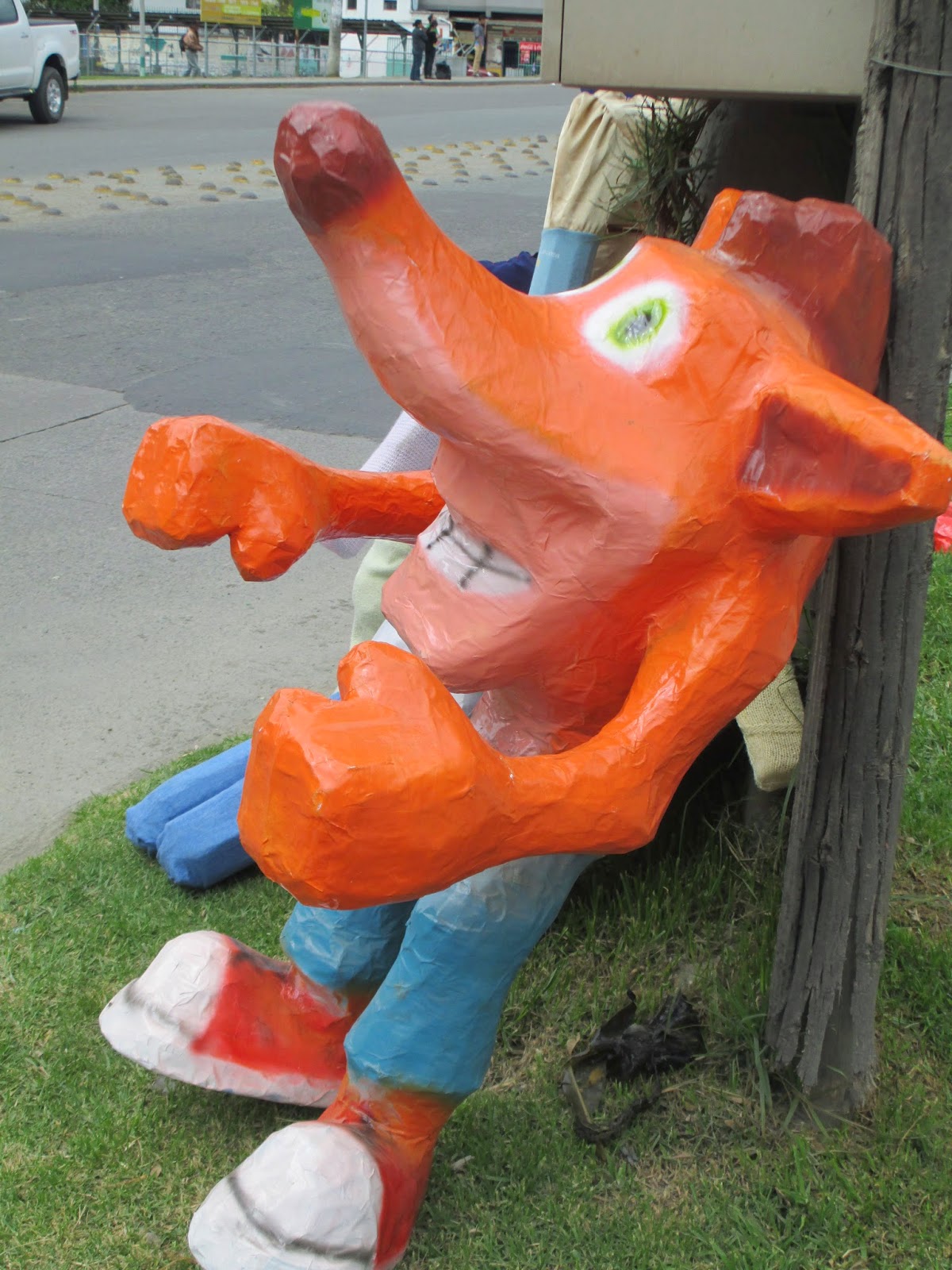 Family, neighbors, & friends gathered to burn these effigies of politicians, 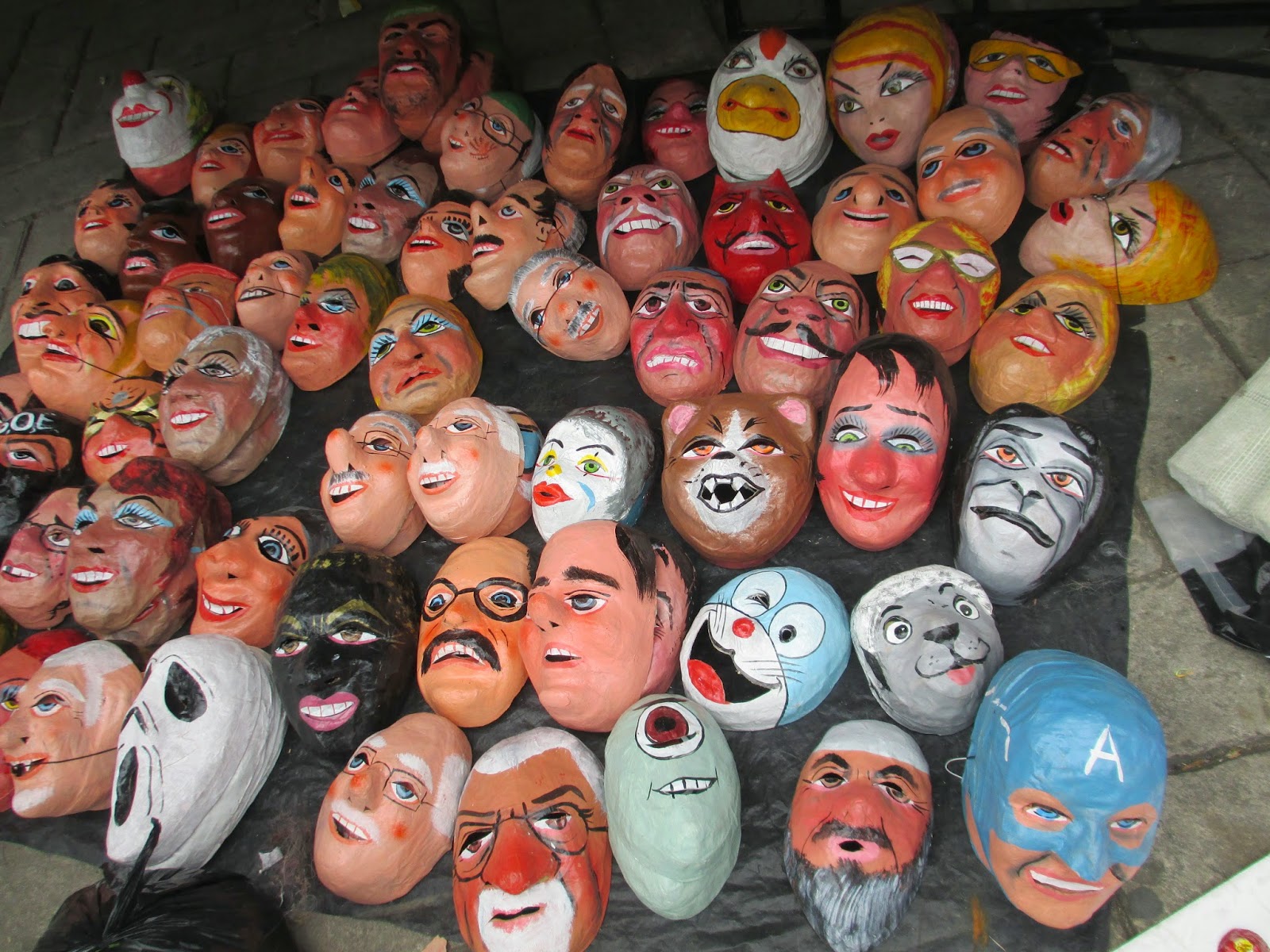 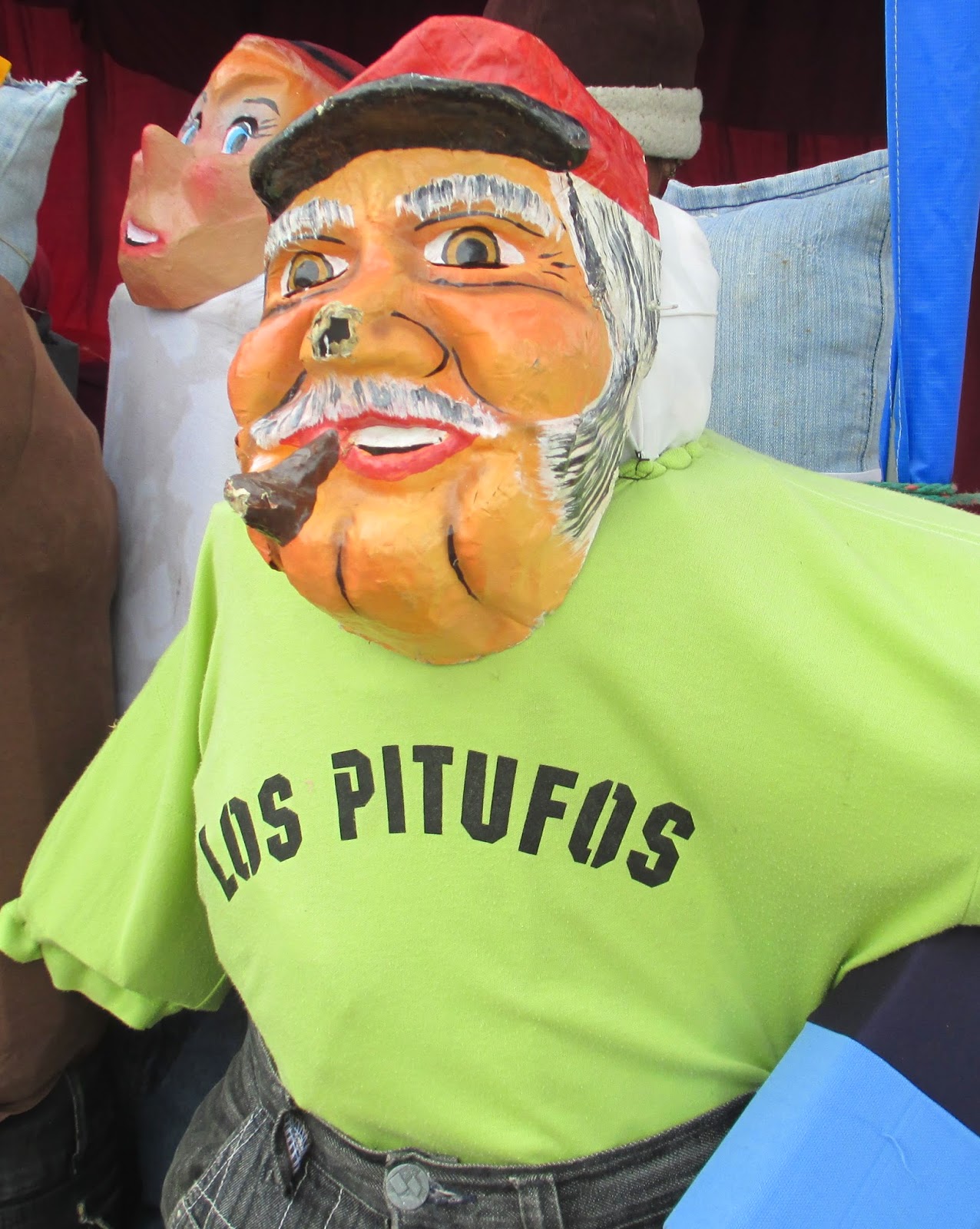 sports stars, and entertainment characters throughout the city on New Year's Eve. 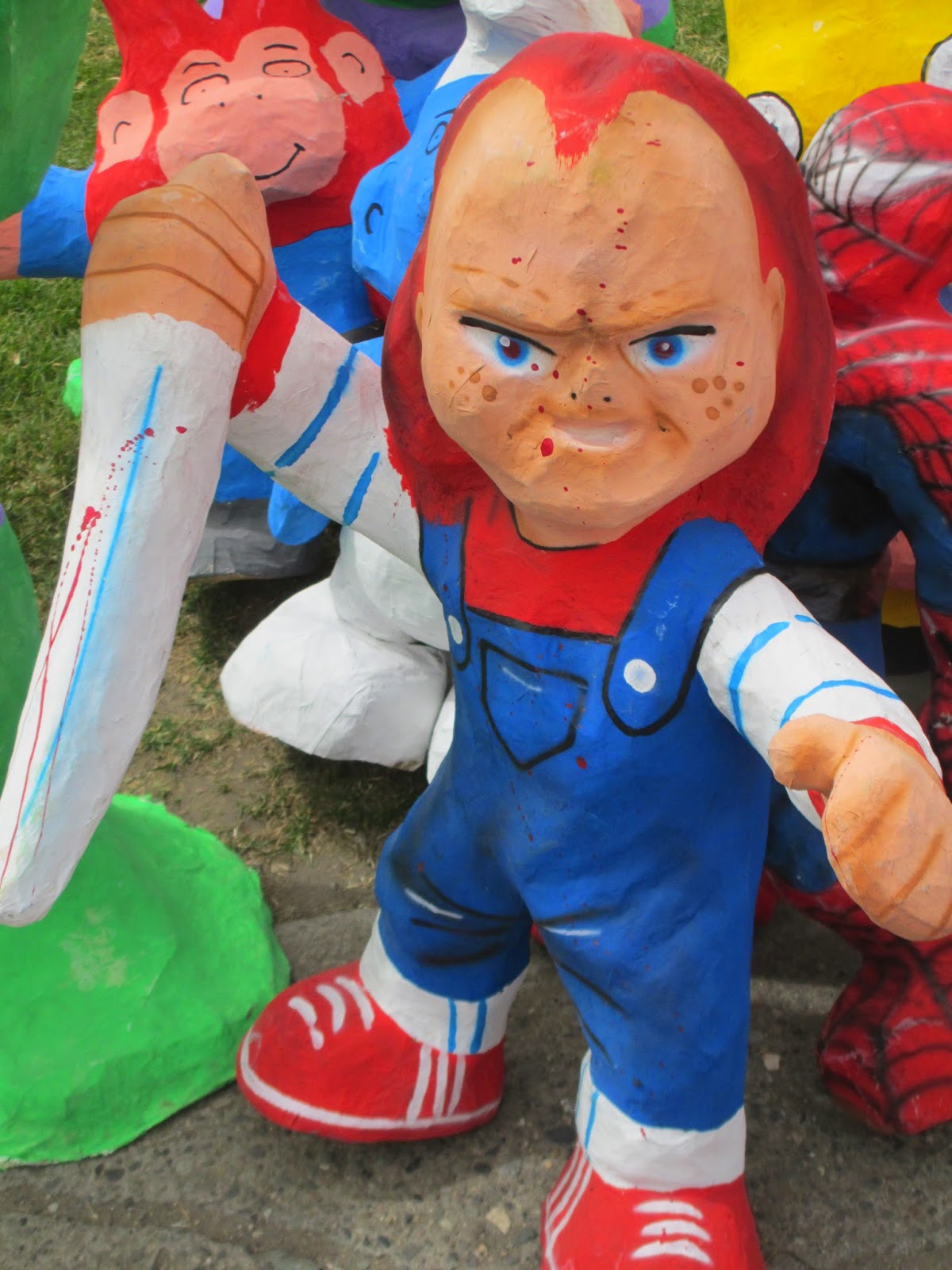 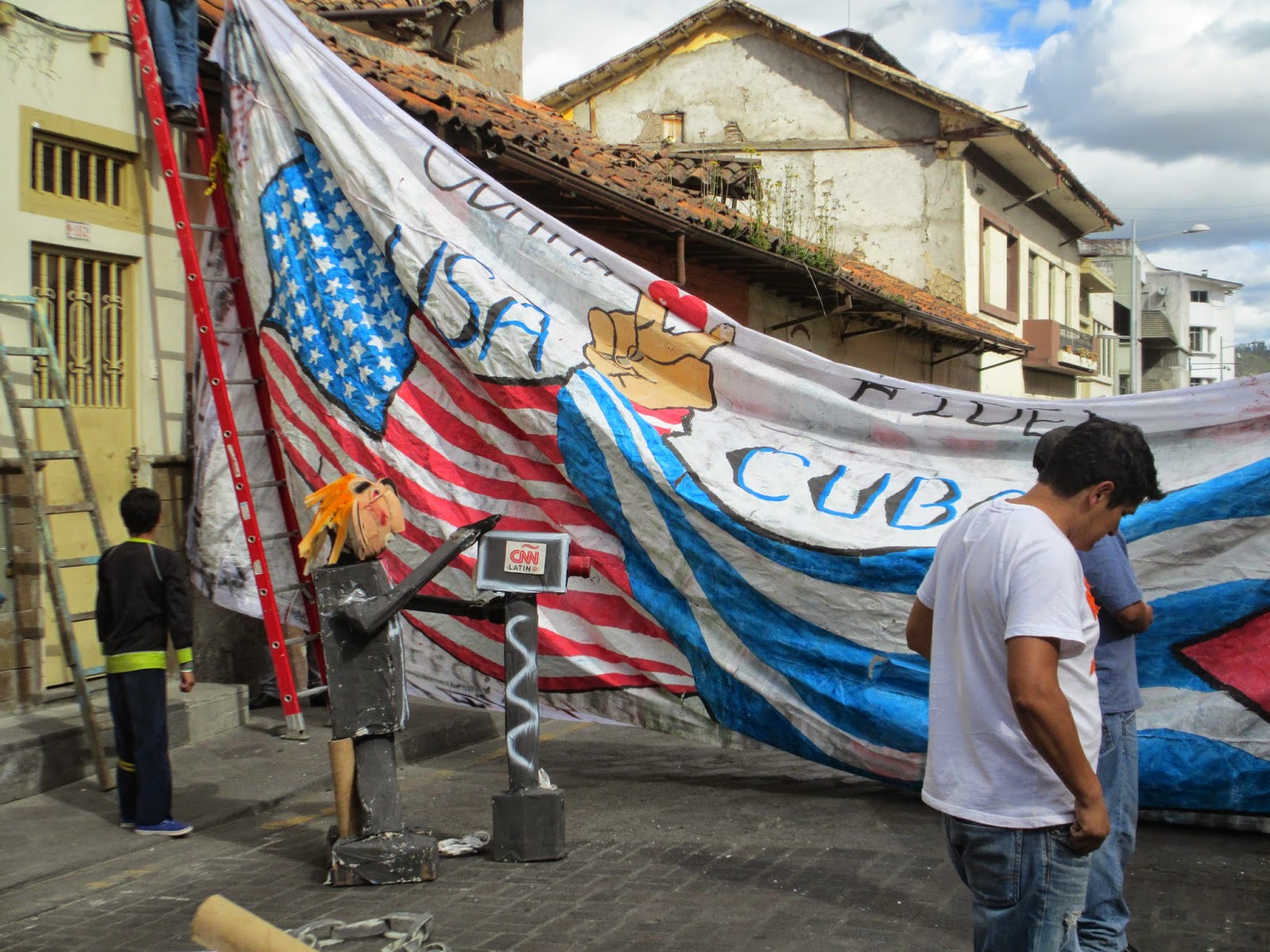 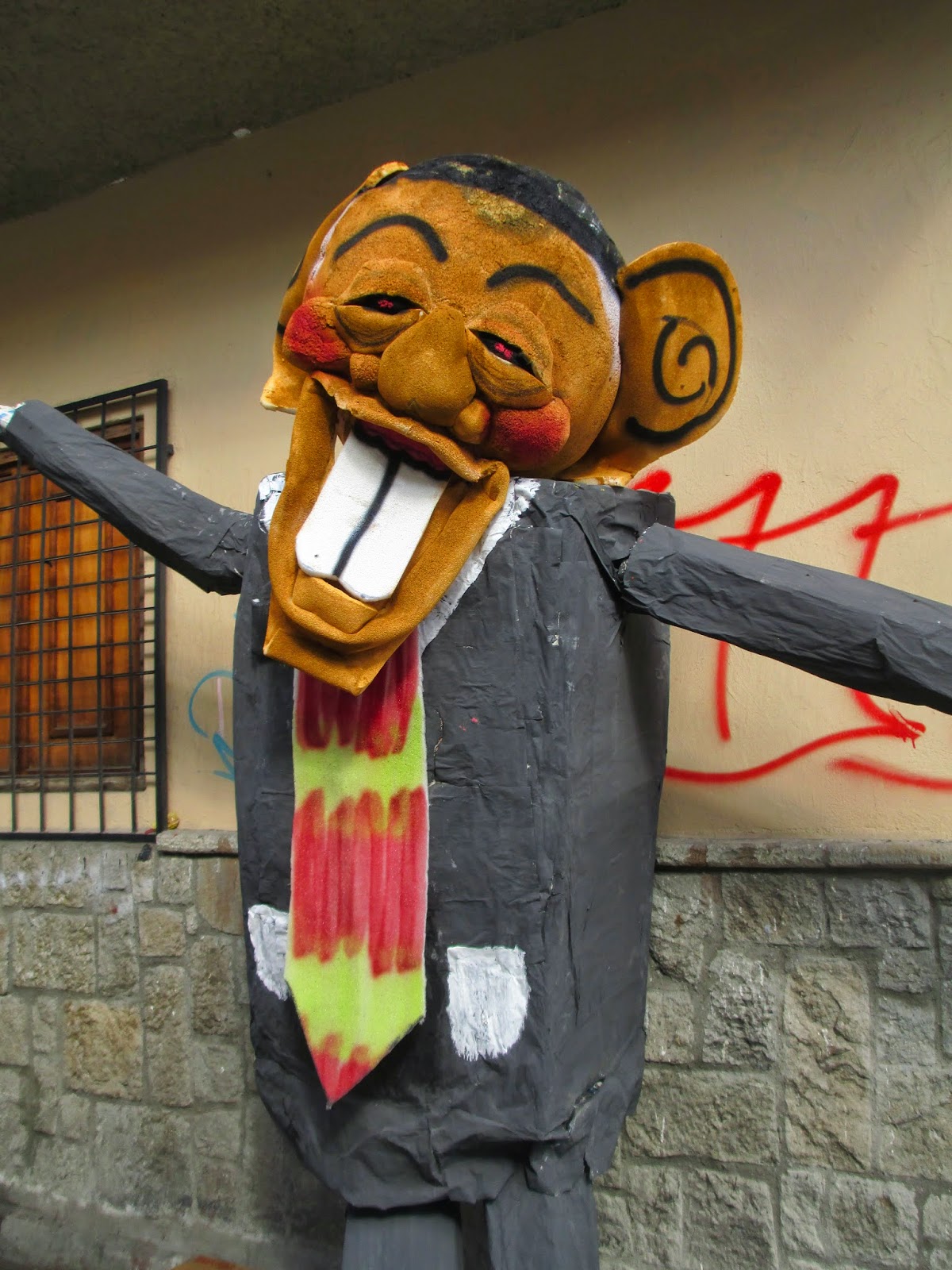 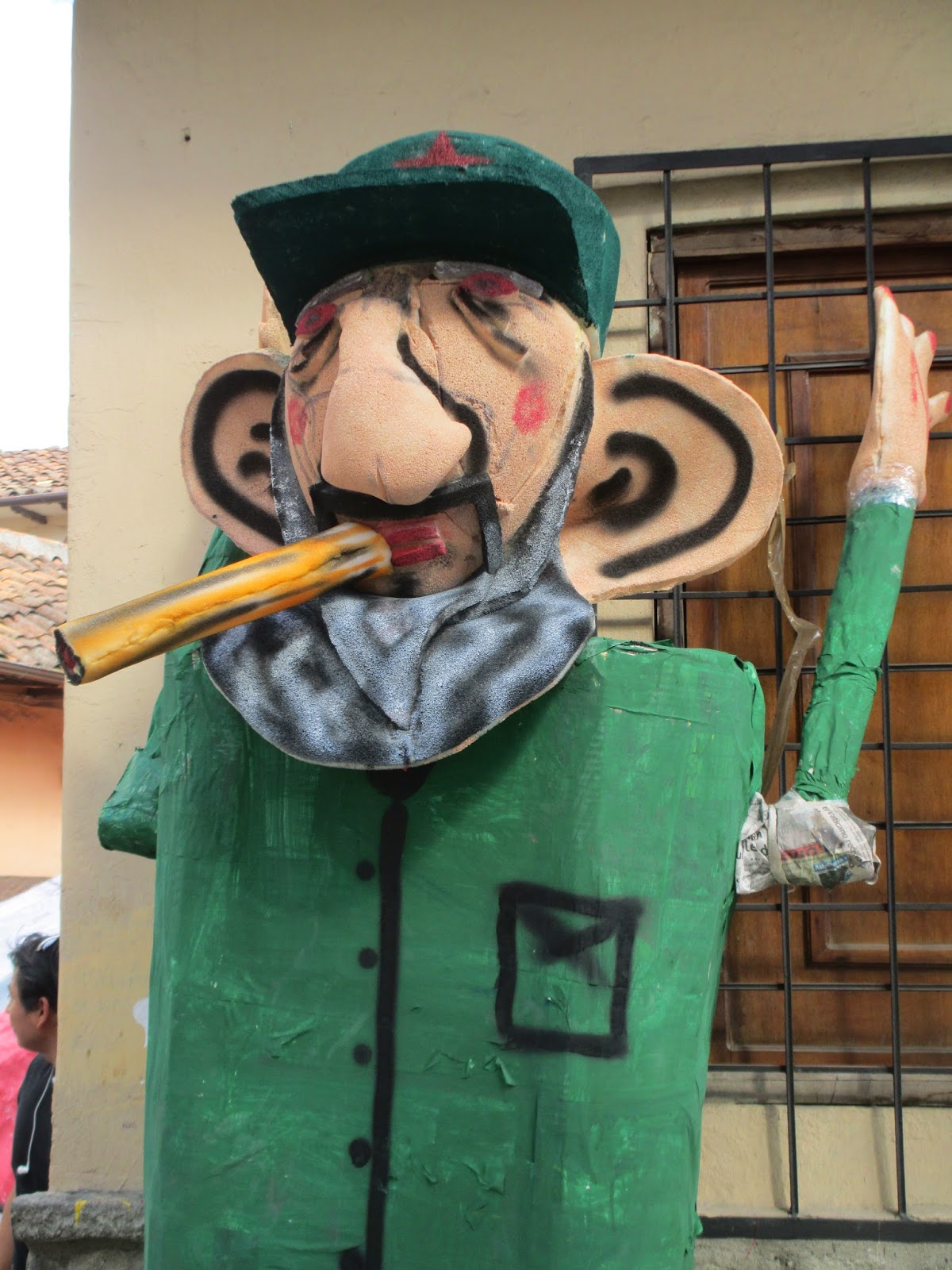 Obama & Castro, FIFA World Cup, and " the four wonders of Cuenca"  were the events that provided the inspiration.

Fireworks explosions are also a significant part of the celebrations. 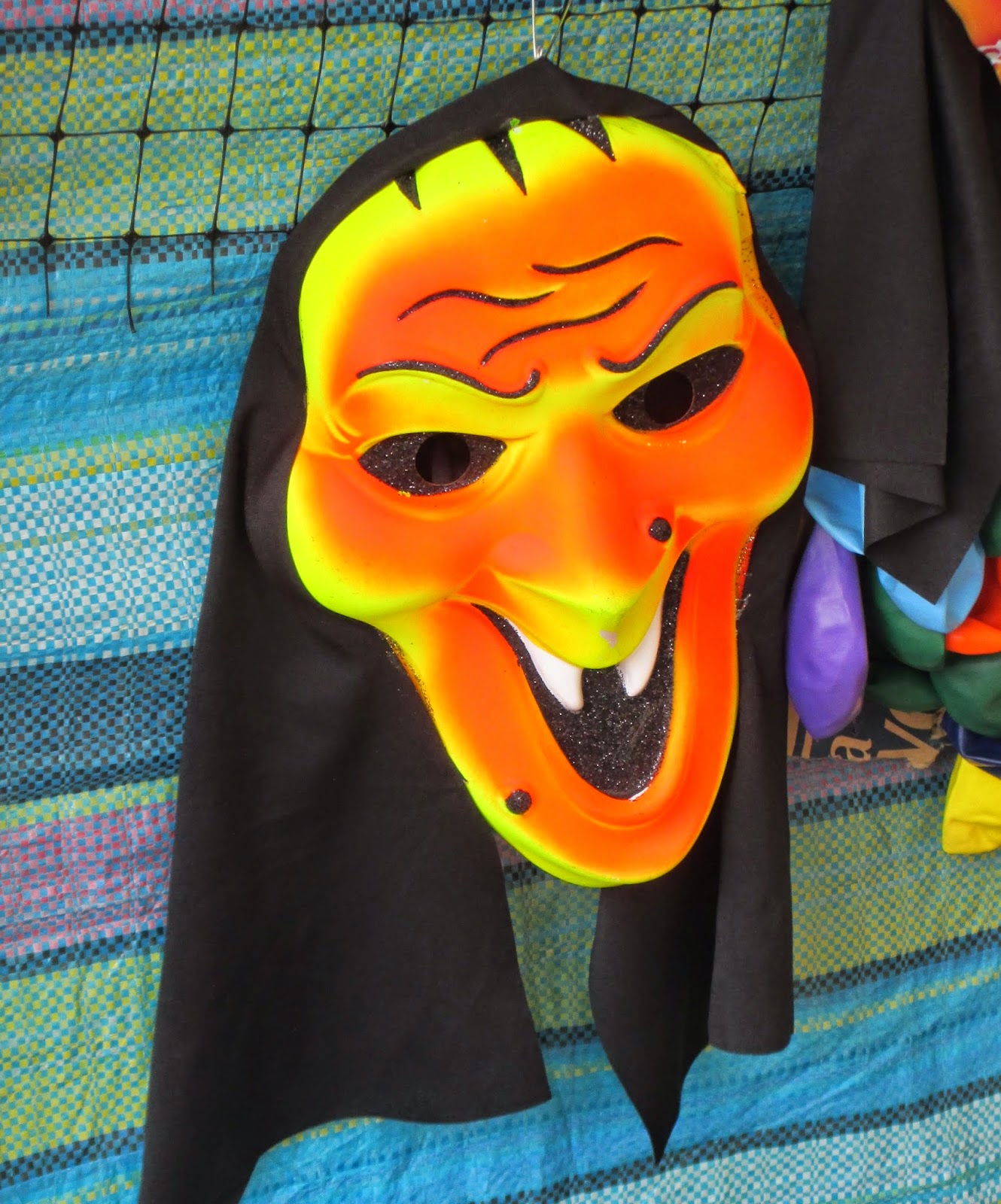 Another curiosity are the guys dressed in skimpy black dresses, nylons, wearing wigs/make-up portraying  provocative widows of the old year known as viudas. 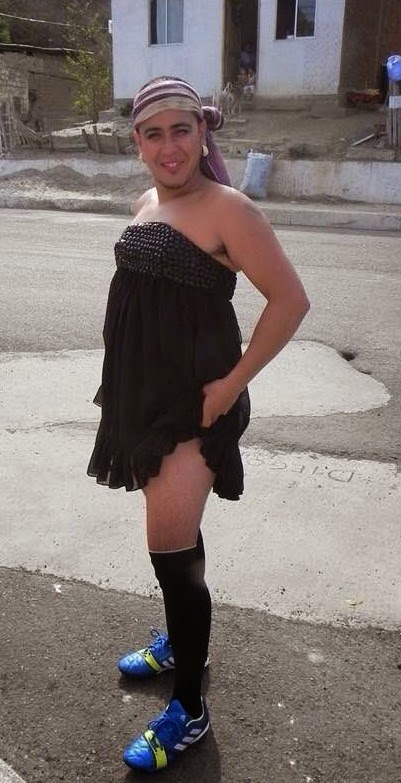 At popular intersections or parks they stop cars/passerby's by using a rope - asking for money in order obtain passage. 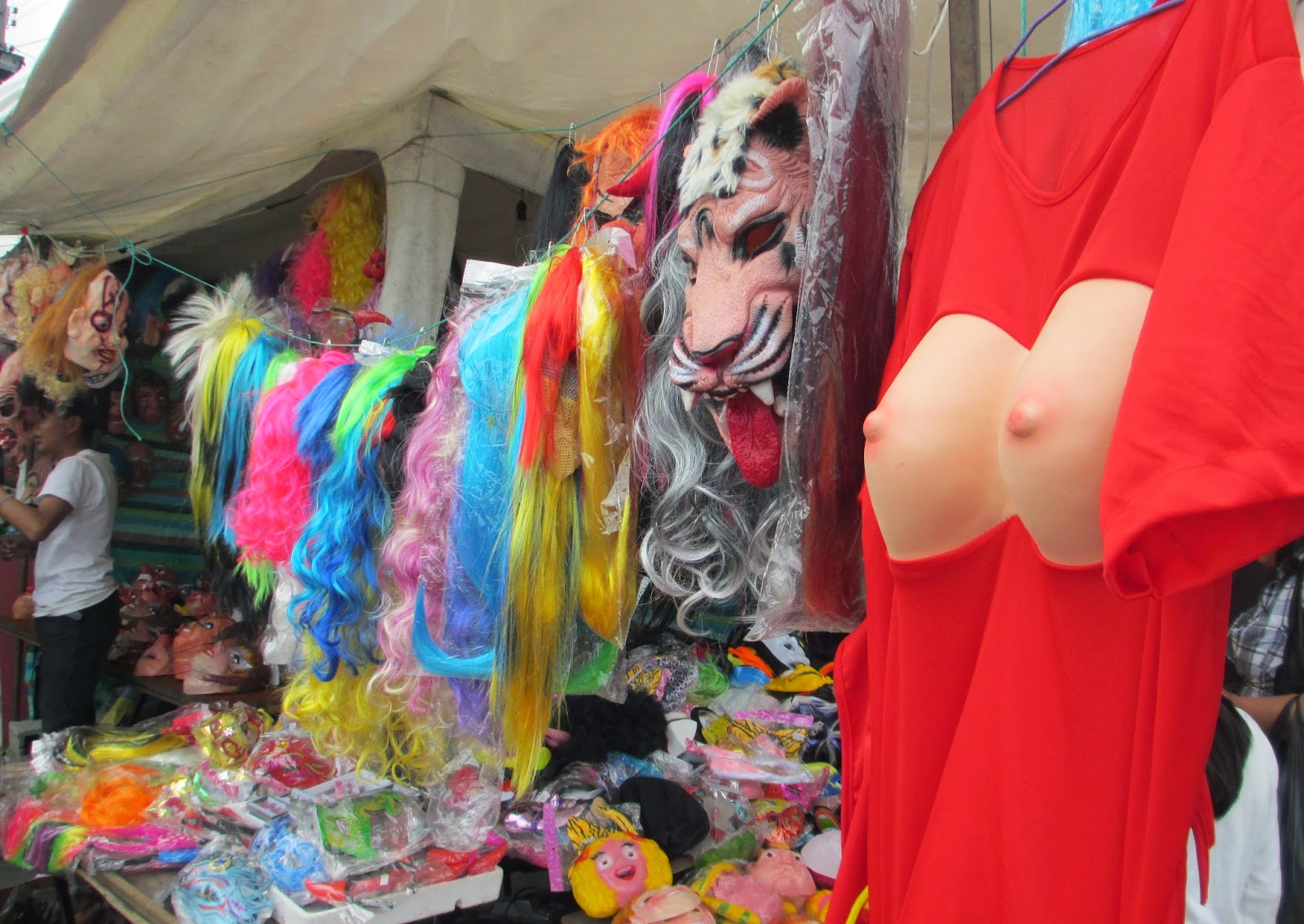 They can be  very dramatic; they dance, and also cry about how their beloved Año Viejo has died. The money they receive will fund their New Year's party. 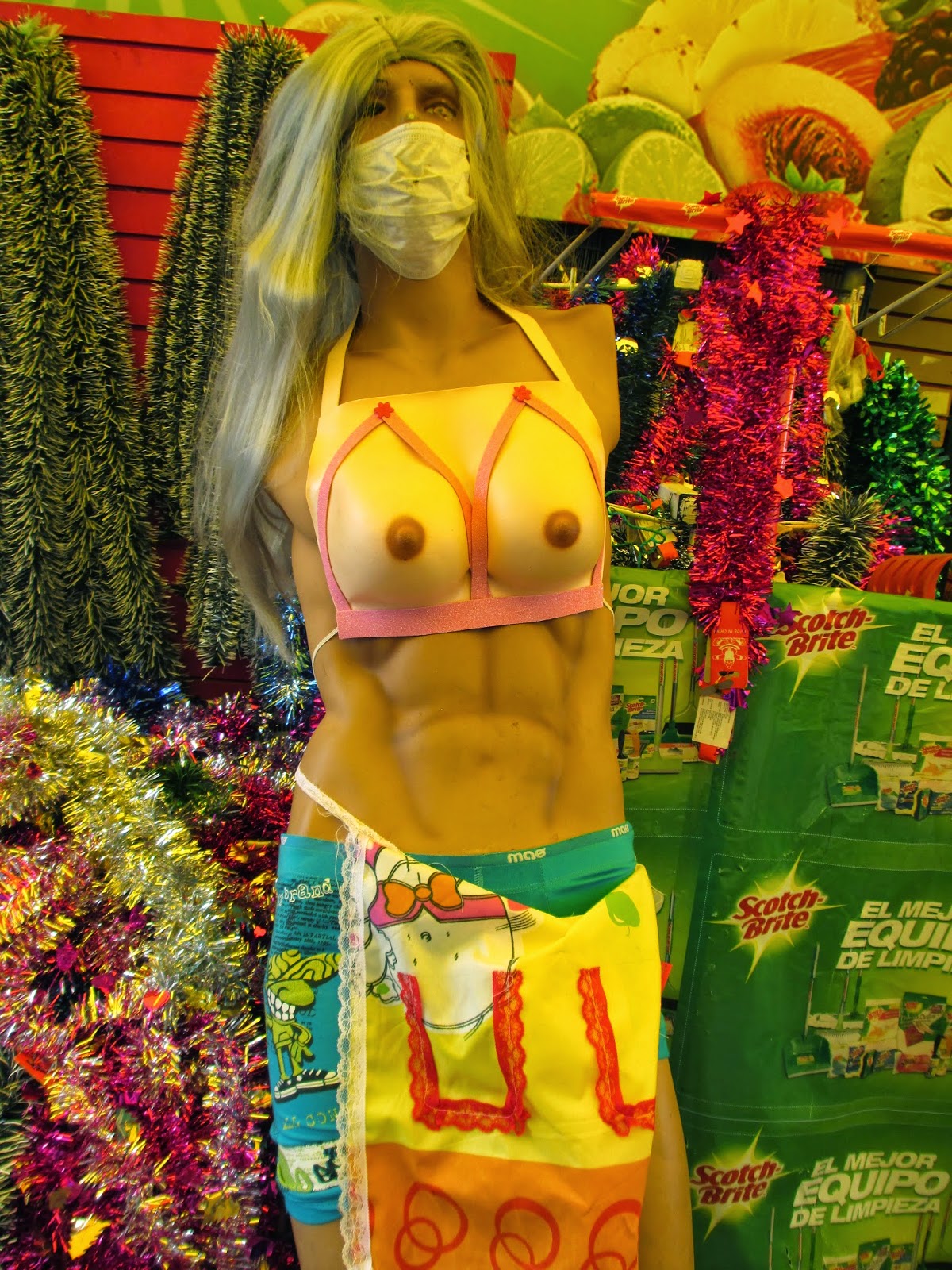 Wearing yellow underwear attracts positive energy and prosperity for the new year, while red underwear will bring a year of romance and passion. 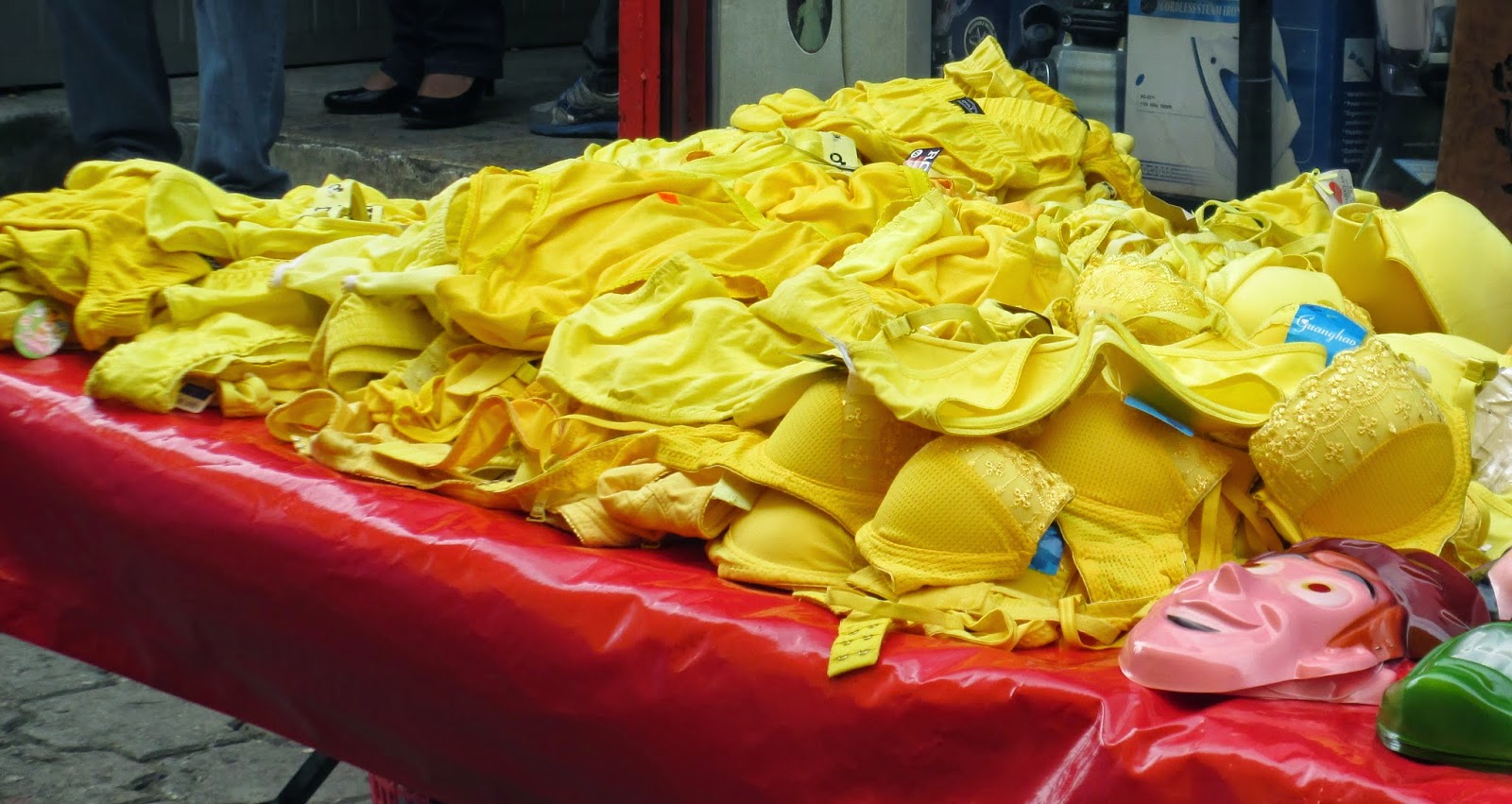 At midnight they will eat 12 grapes, each grape represents a month in the New Year. A wish is made with each grape that is eaten. 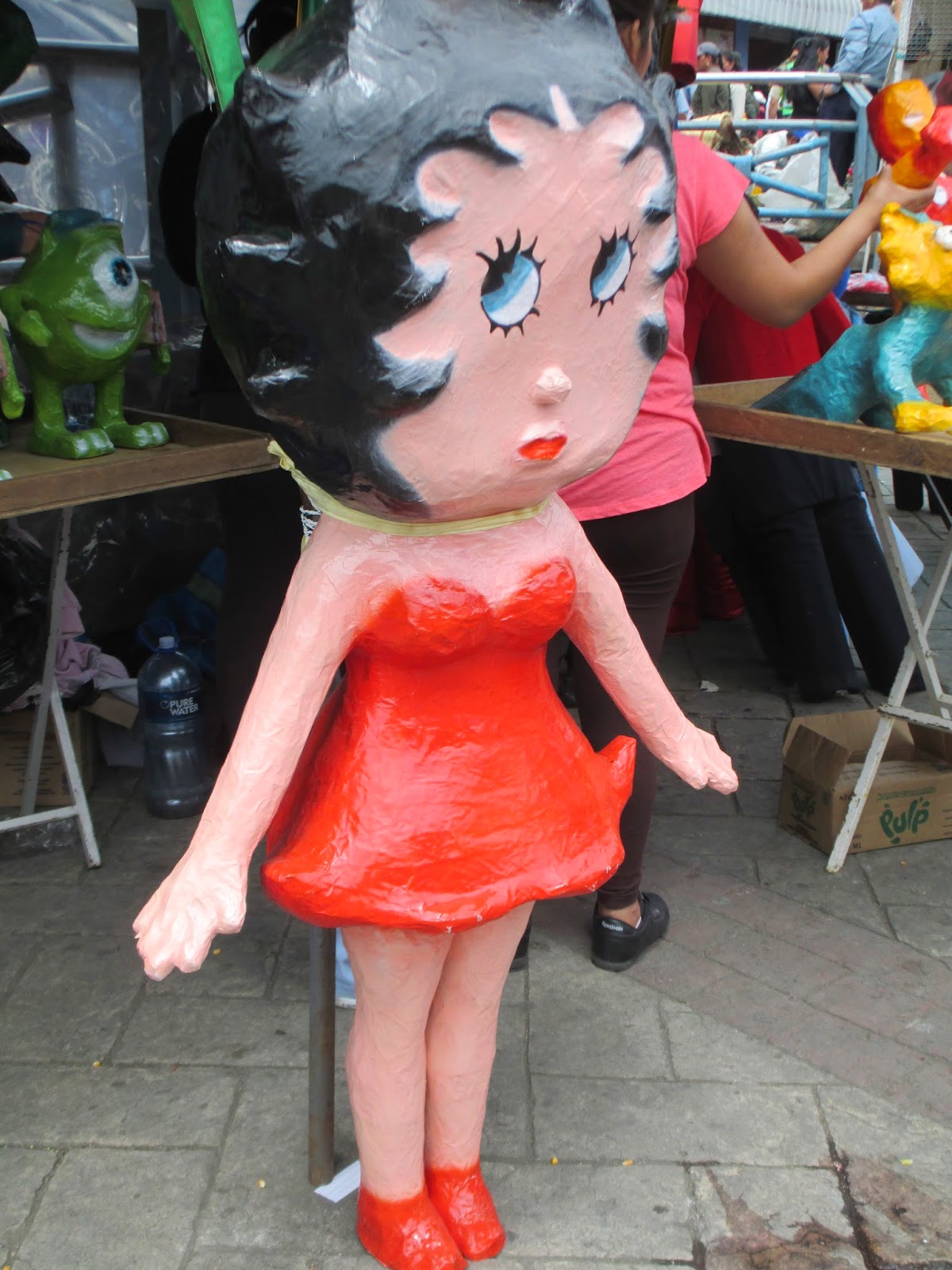 And finally for those who like to travel - at midnight you are supposed to take an empty suitcase and run around the block with it. This will bring you good travels and adventure in the New Year. Add some coins or cash to your suitcase, so you that can you also have some prosperity – or stay at 4 star hotels during your travels. 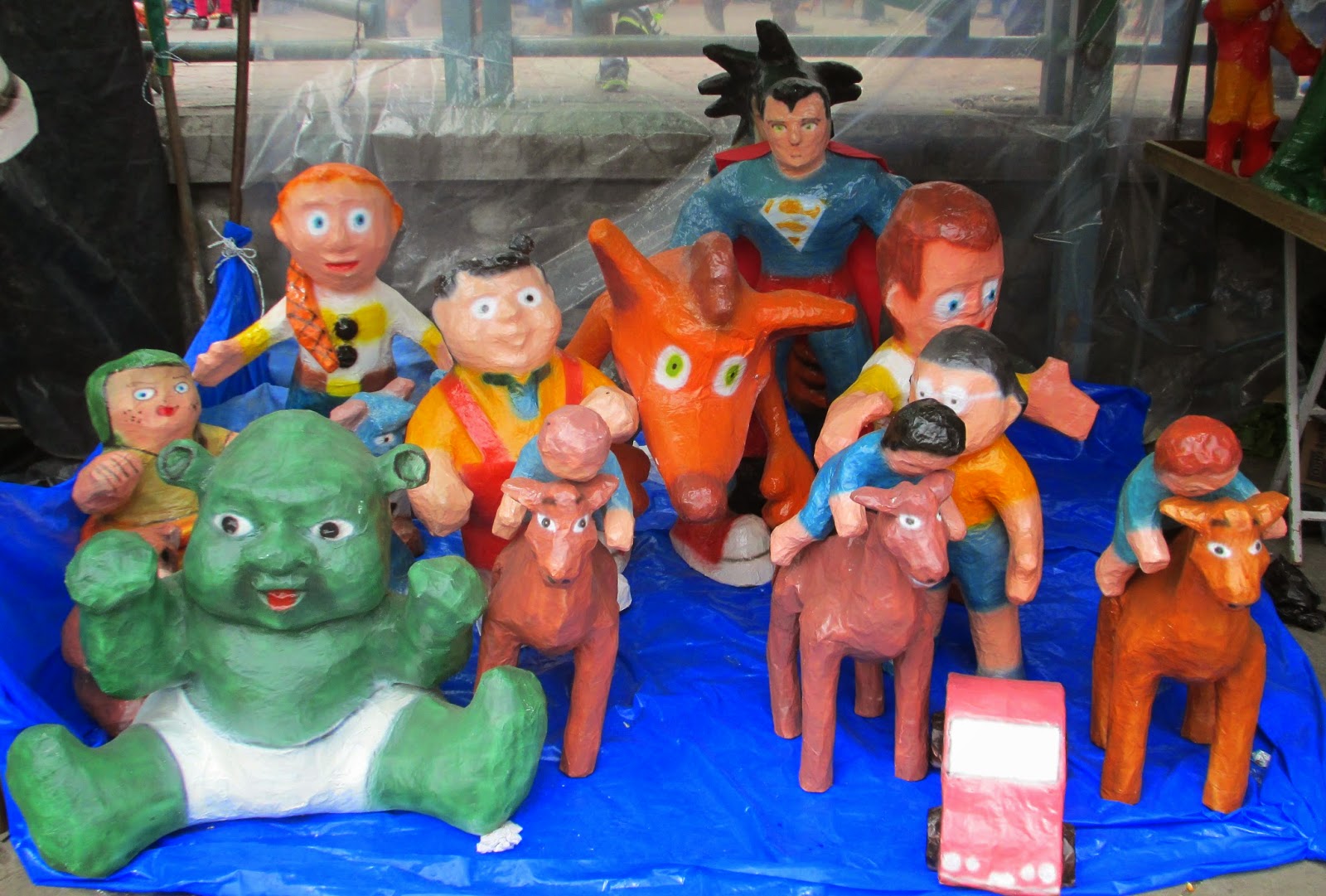 Families gather for a nice pork roast, duck, or cuy dinner on New Year's Eve.  The New Year's celebrations that follow lasts the whole night.  Drinks of choice for this evening are hot cinnamon drinks made with sugar cane alcohol.

At the stroke of midnight many fireworks boomed with resonating explosions lighting the entire city bowl.  Effigies bonfires burned on city streets and sidewalks. The evening air was quickly filled with smoke, and the pungent odour of gunpowder. 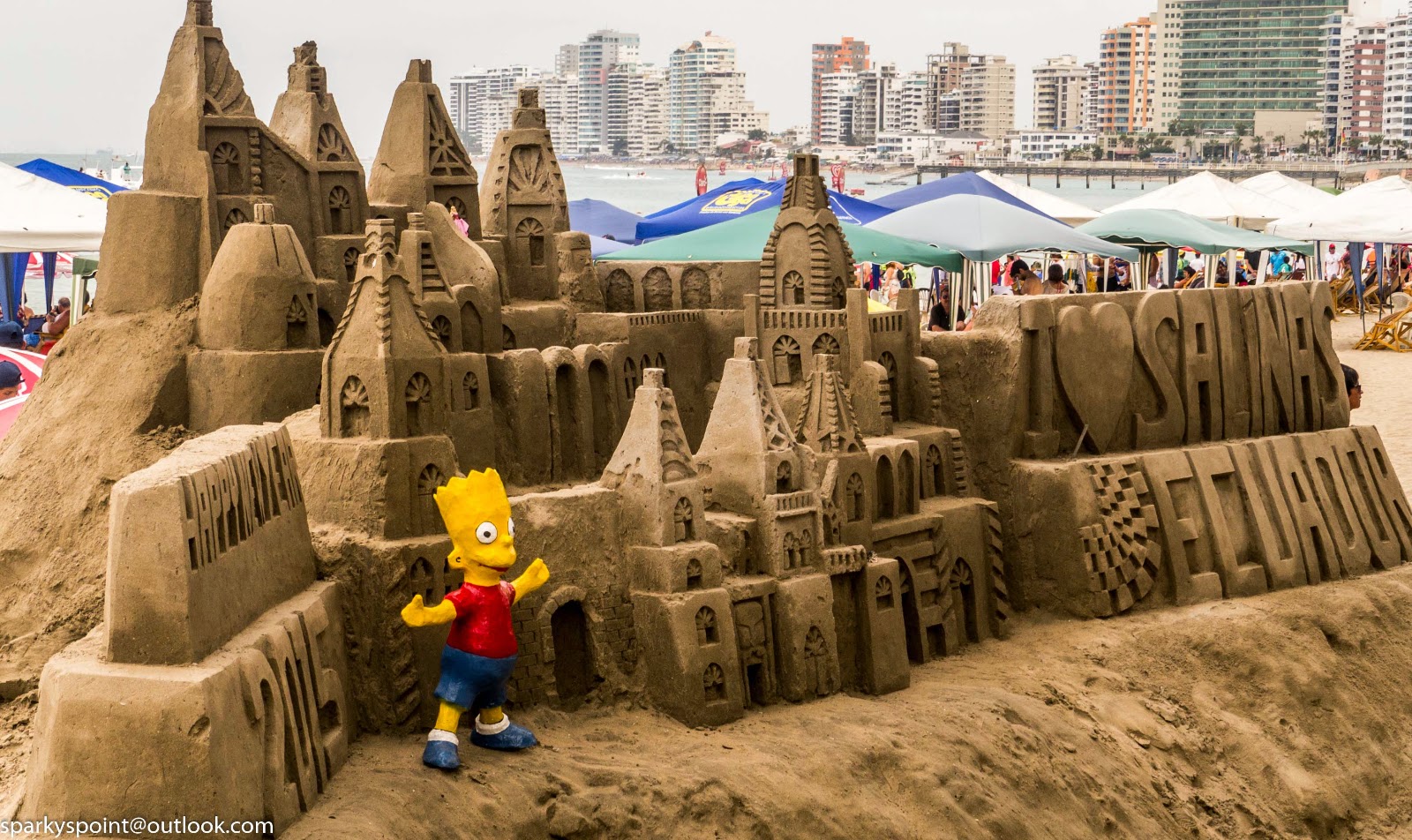 These traditions take place throughout Ecuador, but Salinas is said to be the most exciting place in Ecuador for New Year's Eve.  We will have to make that a future adventure.