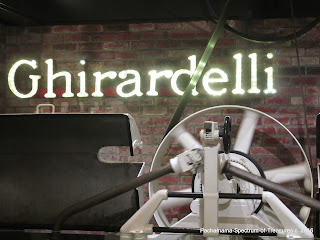 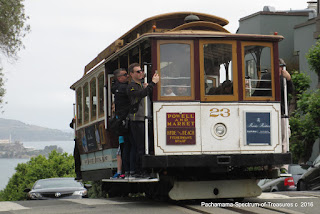 Domenico Ghirardelli was born in 1817 in Rapallo, Italy. His father was an exotic foods importer and introduced his son to chocolate when he was very young. Domenico grew to love chocolate and apprenticed at a local candy maker.

At the age of 20 he set sail with his wife to Uruguay to play an active role in the chocolate trade. He took a job in a coffee and chocolate establishment. A year later, attracted by opportunities in Lima, he sailed around Cape Horn to Peru. In Peru he opened his own confectionery store and changed his name to the Spanish equivalent Domingo.

Enticed by stories of prosperity from the gold rush in California he left for San Francisco taking 600 lbs of chocolate with him. He tried mining but was unsuccessful, so he set up a tent and sold supplies & confections to fellow miners. With his new business proving successful, Domingo decides to open a store and hotel in San Francisco. With his success he went on to open a second store in San Francisco 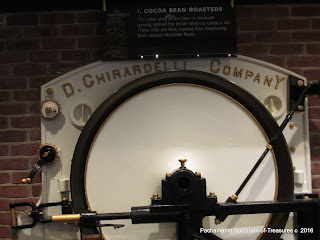 In May of 1851 a major fire destroyed 1,500 buildings including his businesses. He begins to rebuild immediately starting with a coffee house then in 1852, he forms a new confectionery company that becomes the Ghirardelli Chocolate Company. By 1866 they were importing over 1000 lbs annually.

Some of the best cocao beans in the world are grown in the rich fertile soils of Ecuador.

By 1884, 3 out of 4 of Domingo's sons were active business partners. The company was now importing over 450,000 lbs annually, had 30 employees and sold their products across the U.S. & to China, Japan, and Mexico. In 1893 the manufacturing facility required more space and they moved to the Pioneer Woolen Mill building and their present northern waterfront location. 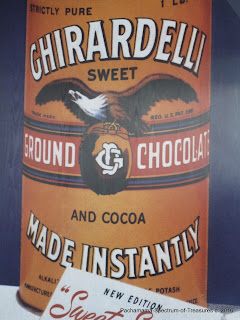 Their success in transforming the cocoa bean into chocolate can be attributed to consistency in six important steps : 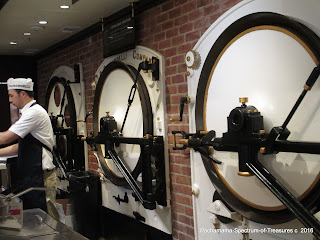 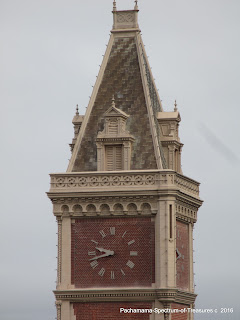 Over time new apartment, office, and production buildings were constructed with Victorian design to meet their emerging needs, a prominent Clock Tower and in 1923 the 15 ft high illuminated letters "Ghirardelli" were placed atop the roof which became an official city landmark and icon. 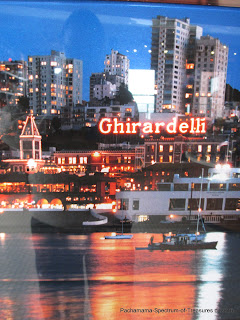 Visible for miles the sign has become a welcoming site for arriving ships. Expansion caused the manufacturing facilities to move across the bay to San Leandro.

Today, Ghirardelli Chocolate Company has built on its signature taste and 150 years of traditional manufacturing processes to become America's premium chocolate company.  Chocolate - historically the " food of the gods. "

San Francisco has always had a special place in our hearts ! The culinary scene is extensive and ethnically varied. 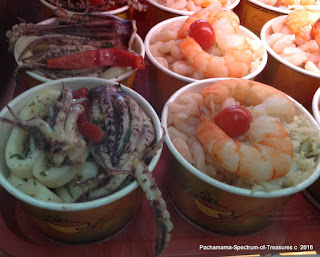 The sophisticated arts & music scene with theater, ballet, opera, will awaken your senses. 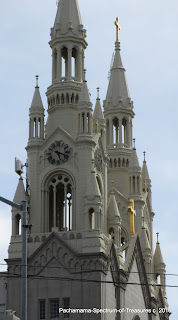 Hanging on the outside of the famous cable cars ascending and descending the steep hills with bells merrily clanging, and the pungent smell of wood brakes working on a crisp autumn morning, providing spectacular vistas from Nob Hill. 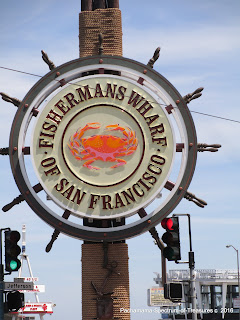 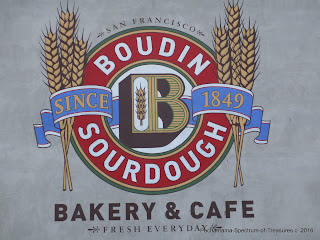 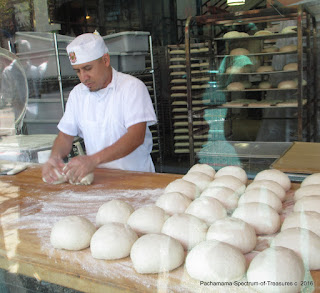 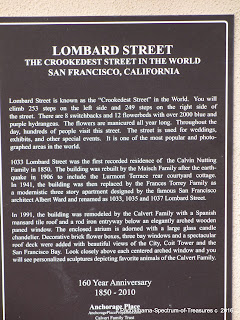 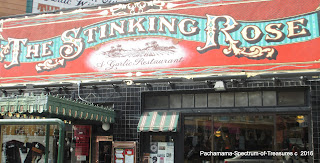 Or after the sun sets, on Columbus Ave in little Italy, the memorable meals enjoyed at "the Stinking Rose" a world famous garlic restaurant where " they season the garlic with food " - not for the timid. Or visit the nearby annual Gilroy Garlic Festival. 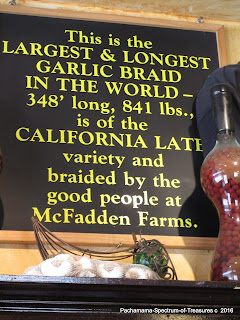 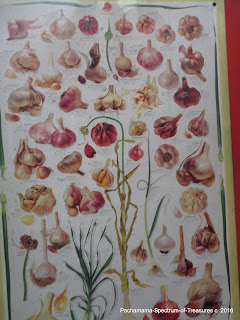 Posted by Ernie - Deborah Millard at 7:31 AM