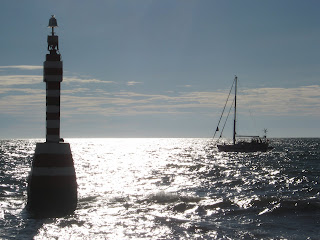 A contract for $ 500 k has just been awarded for a well deserved facelift and renovation for the central mercado in Bahia de Caraquez, home to over 150 local vendors. And currently colourful cobblestone brick paths  are replacing  many of the downtown street sidewalks.

With every month's full moon, the 3 meter higher tides trigger an orange alert from the coastguard and cause some flooding as waves break over the seawalls  in low lying coastal areas including the northern ciudela in Bahia de Caraquez. It is why residents here take precautionary measures to avoid loss of goods or personal tragedy.  Every decade there is a major surge that triggers emergency preparedness. That major surge was earlier in May of this year however it struck at low tide so the swell impact was minimized. 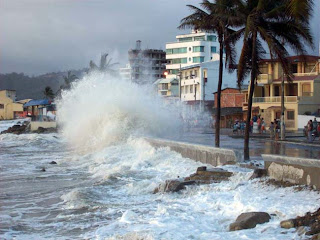 On Friday afternoon September 2, at high tide, nature surprised us with unexpected force and a strong surge of water filling the centre of the peninsula with water. 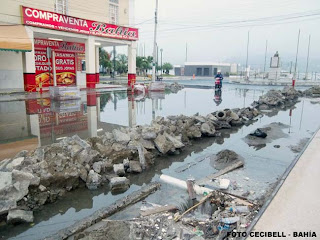 Waves up to 3 metres in height brought driftwood, stones, and other debris into the streets of the city and caused some damage on the coast between Jama to Bahia. Emergency operations throughout the coast were immediately engaged and fortunately there were no personal injuries reported. Some beach cabins in Canoa, Matal, Jama, and low lying Briceno were devastated along with boats and fishing tools being damaged, or lost to the sea.

In the newspaper and on the radio, the Port Captain  repeated his regular cautionary warning to those engineers, entrepreneurs, and industrialists developing on the beach that they proceed only under strict engineering control with local authority permissions, and they must be prepared to suffer continuous and significant losses. There is a distinct long standing reason why the coast is sparsely inhabited here, and why houses near the sea are usually simple and built on stilts.  Lately there has been a flood of developers buying coastal land ( available for a song )  and " selling small lots in a dream development " to the unwary. 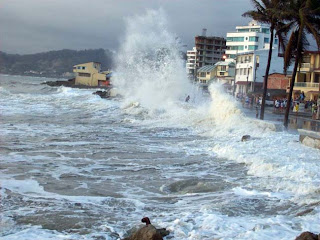 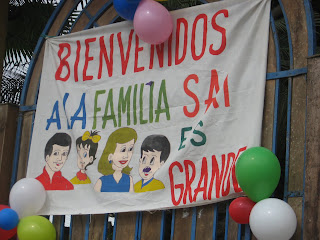 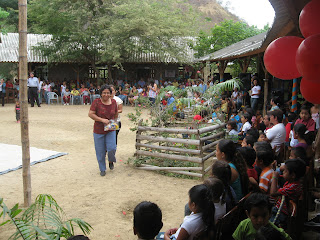 On Sunday,  September 4th we enjoyed the annual festivities of family day at the Sathya Sai school in Bahia.
Operated by a local friend Alfredo Harmsen our daughter has, and Deborah is currently volunteering in the English classroom. 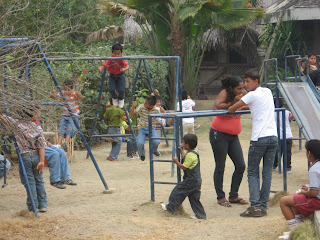 The private school boasts some of the finest facilities available locally for education and is in a very tranquil tropical setting.  The perimeter of a  central courtyard is surrounded by individual cabinas which serve as classrooms. 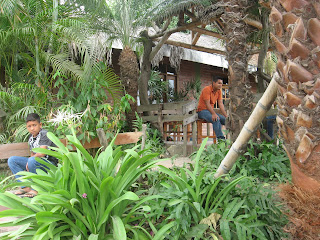 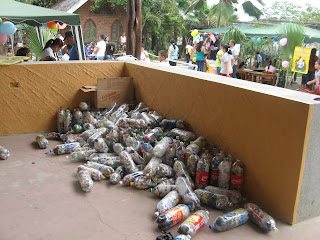 The students have actively participated in the construction of the school facilities by recycling large pop bottles filled with sand or garbage used as " bricks " to create the thick " tablelike " walls of this cafeteria. 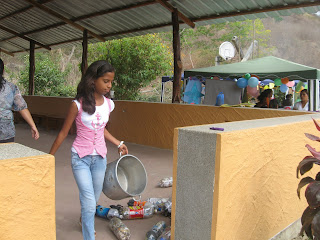 There is much emphasis placed on the human values of truth, right conduct, peace, love, and non-violence. 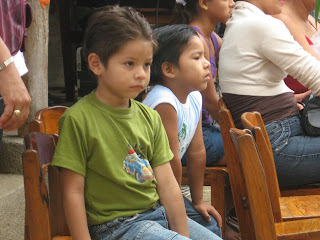 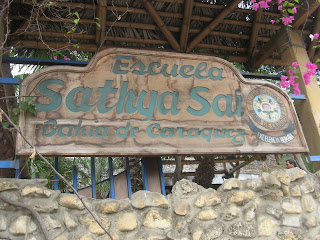 The school is popular throughout the world - Canada only has a single site in Toronto and there is yet to be one established in the United States. 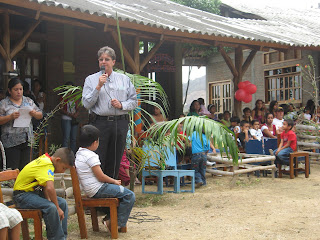 Students, teachers, parents, and friends gathered for a fun filled day of games, music, a variety of student entertainment, and a good selection of food. 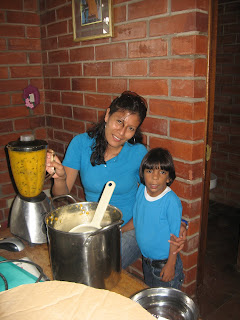 The games ranged from balloon races, 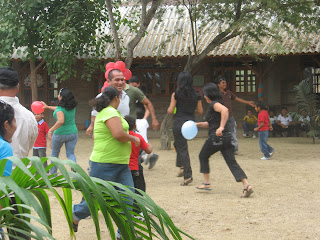 treasure hunts where eyeglasses, shoes, socks, wrist watches, earrings, hairbands were required to be found from the audience. 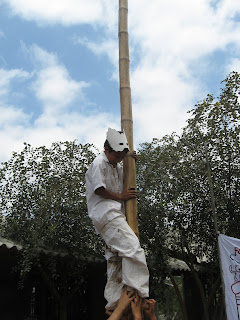 to a competition to climb a greased 8 meter high bamboo cane for prizes hung at the top.  Entertainment included 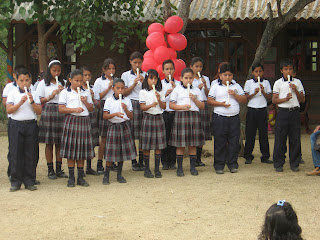 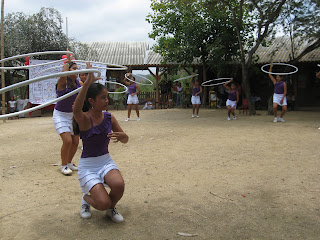 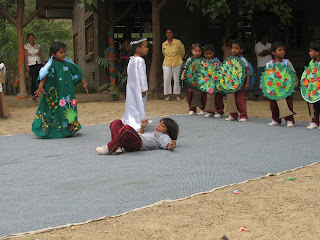 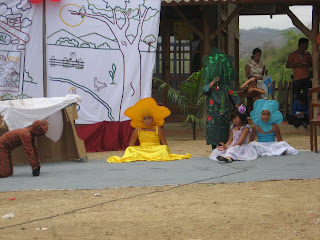 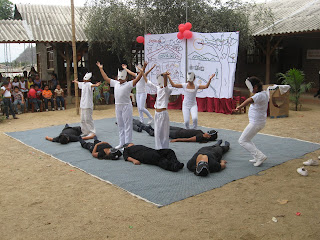 For $ 43 per month you can sponsor the education of one of these underprivileged children in Ecuador.  What a wonderful gift from the heart - for more details please contact   Alfredo Harmsen at saiananda@bahiacity.com 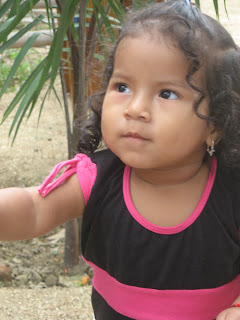