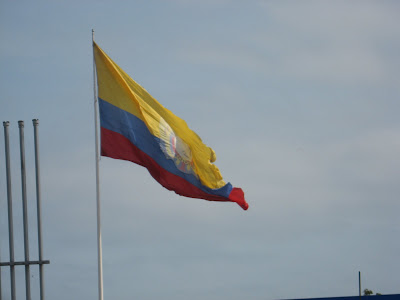 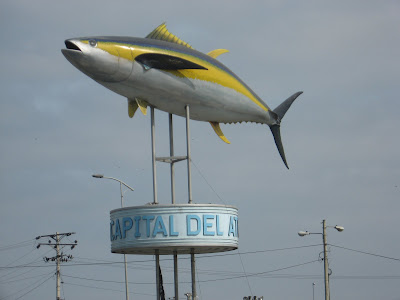 In the province of Manabi, along the central Ecuadorian coast is Manta. It is the major seaport and the fifth largest city in Ecuador, having its origins as a pre-Columbian trading post for the Mantas. Currently it has a population of over 200,000 residents with it's main economic activity being fishing and tuna canning and processing. Processed tuna is exported to Europe and the U.S. International tuna corporations including Bumble Bee, Van Camps, British Columbia Packers, and Conservas Isabel, as well as leading national tuna processor Marbelize, all have sizable factories in Manta. 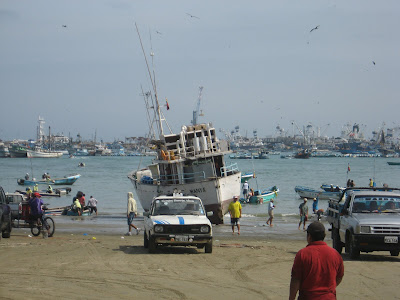 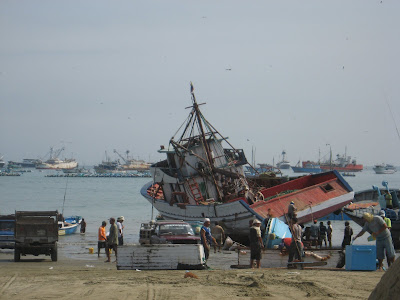 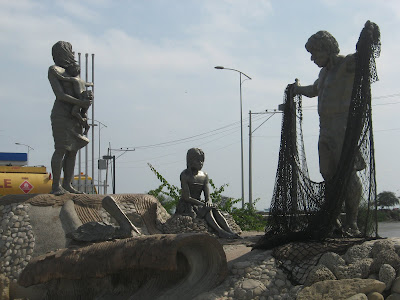 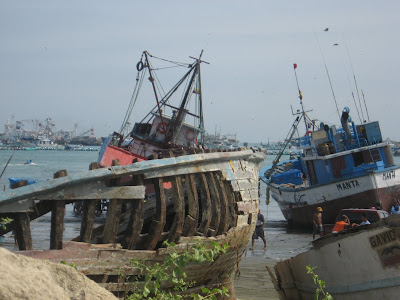 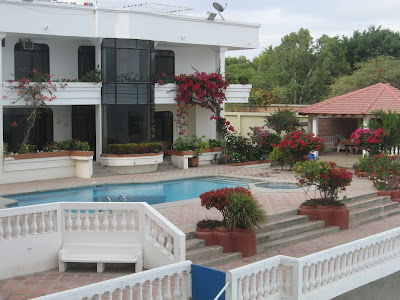 Other important products include vegetable oil. Large Ecuadorian corporations including La Fabril and Ales have their main factories in Manta. Tourism is growing and recently it is becoming a more popular stop for international cruise ships sailing from the Caribbean to Latin America. For the younger tourists or "young-at-heart", the city has a variety of bars and discotheques to provide an active nightlife. 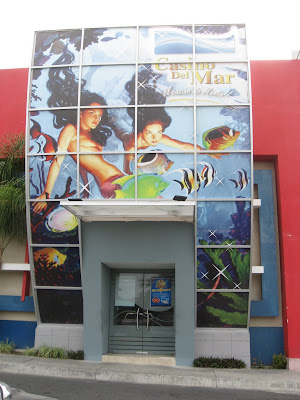 Since 1999 it has been, until this month, home to the Manta Air Base where U.S. air forces, in conjunction with Ecuador, provide anti-narcotics military operations and carry out surveillance flights in a strategic program against Colombian drug trafficking cartels. It also serves as a geographical point for the U.S. to monitor any war craft heading north from the Middle East and Asia, and a regular stop for U.S. Navy warships. While several different accounts exist for the rational of the U.S. base closure, it is our understanding that the two countries were unable to reach agreement on the terms for continued tenancy. Rumors have the government of China interested in the facility.

Annually in October Manta welcomes dozens of performers from around the world who come to the Chusig Theater for the International Theatre Festival. 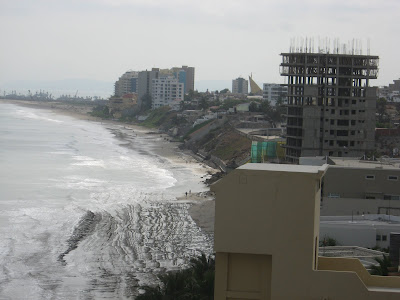 Manta has several nice beaches for surfing, water skiing, scuba diving, kite boarding, and was selected as the site of the sixth South American Windsurfing Championship. Manta hosted the Bodyboarding World Cup in 2004. 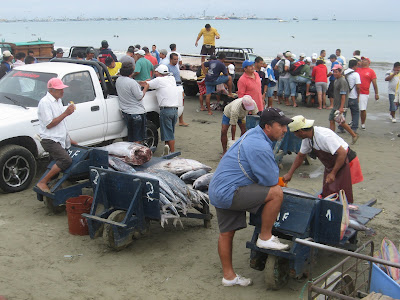 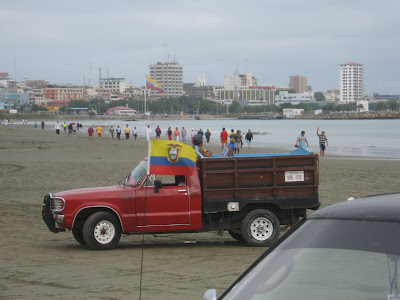 At Murcielago Manta's main beach we walked the malecon which ranges from the fresh fisherman's market, craft markets, to a variety of restaurants offering local cuisine featuring fresh seafood and delicious drinks of the region. The increased variety of choices is a pleasant change for us from our small community of Bahia de Caraquez. The delicious gastronomy is also one of the main attractions of Manta. One must not miss trying a fresh ceviche of several seafoods - wonderful most anywhere along the coast. 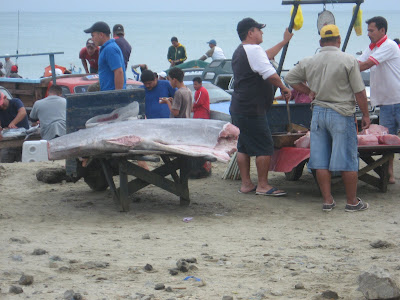 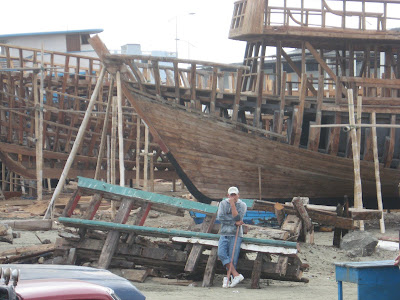 From the beach lighthouse you can see nearby Isla de Plata (Island of Silver), which is part of an ecological reserve called Parque Nacional Machalilla. It is known affectionately as " the poorman's Galapagos " for it's similar fauna & wildlife sanctuary may be enjoyed at a much lower cost than visiting the world renowned Galapagos Islands 600 km off the coast of Ecuador.

Also nearby is the small town of Montecristi, founded in the early 1600s. With its colonial architecture, this small town is best known for its wickerwork weaving, and as the original birthplace of the Panama hats which, despite their name, were historically produced in Ecuador.

Currently all across Ecuador you can see municipal work crews preparing for an El Nino season by cleaning storm drains, renewing culverts, and in some areas upgrading or building new drainage culverts.

The last several weeks we have seen most crosswalks, and street lines being renewed in Bahia de Caraquez. Groups of 30 or 40 police academy trainees are organized to all line up across all four intersecting roads simultaneously, divert traffic, and use a bucket of white paint, brushes, and move a single board along to provide a better line edge! Manual labour on hands and knees not even long handle brushes here! They look fresh and much better for a few days – until all the traffic starts driving over them.

During the walk along the malecon in the final days of summer holiday the beach was the busiest that we have ever seen it since we arrived in Bahia. Dozens of vendors lined the malecon selling beer, cold drinks, many different types of foods, and popsicle & ice cream novelties. Shade tents were set up everywhere protecting families, their babies, food, or belongings from the elements. There were young boys jumping off the wharf, kids and their parents having fun in the water, young and old, and even dogs being completely buried in the sand. Many seadoos a few boats, and the water banana full of young people bouncing across the water could be seen. As we walked along the malecon there were many vehicles with open doors and loud music blasting. Many English bands and artists music is popular including Michael Jackson songs.

As soon as the sun sets, the beach clears quickly. Buses are loaded and people start to head home as darkness falls early and quickly. The gabarra becomes busy with traffic going back across the estuary.

Last evening we attended a national high school dance competition with 7 schools from around the province competing for an opportunity to compete further for the honor of a national title. In Latin America music and dance is in the blood. The Elroy Alfaro Coleseum was packed and we were treated to music and a show of several hours of high quality choreography, flashy & exotic costumes, and a wide variety of energetic dancing It was very enjoyable. Upon leaving we noticed a huge disparity in the transportation of the various schools to Bahia ranging from rickety old school buses to luxurious well-appointed Mercedes coaches. The competition finished at about midnight and many of these students would then travel several hours to their hometowns.
Posted by Ernie - Deborah Millard at 12:28 PM